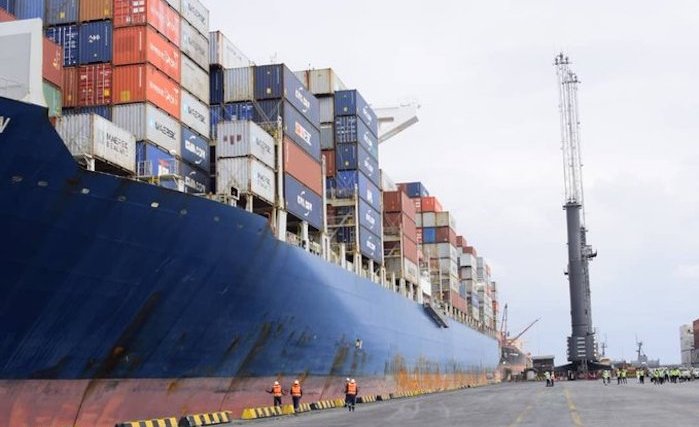 Despite a slight drop in the volume of cargo coming into Nigeria in 2020, due to the impact of Covid-19 pandemic, the revenue generated by the Nigerian Ports Authority (NPA) grew by 14.76 percent to hit N350.37billion, the highest in the last five years.

These were monies collected from royalties, cargo throughput, harbour dues, administrative and other statutory sources. The NPA is recording a revenue increase at a time the Federal Government is experiencing general drop in income needed for governance as well as infrastructure development due to instability in the international prices of crude oil, which is Nigeria’s major economic stay.

Growth in NPA revenue, according to BusinessDay findings, can be attributed to the introduction of e-billing system, which has helped to block leakages, clamping down on erring contractors, and reduction of overhead and running costs.

“We have improved our revenue generation and contribution into the Consolidated Revenue Fund of the Federal Government by plugging every source of revenue leakage in our operations. So, we launched final billing and customer portal module of revenue invoice management system,” said Hadiza Bala Usman, managing director of the NPA, while responding to BusinessDay questions on why NPA is now generating more revenue despite decline in cargo and shipping activities.

According to her, the final billing and customer portal module of revenue invoice management system was aimed at improving service offering, creating efficient payment method, maximising revenue and eradicating loss associated with fraud and revenue leakage.

“The truth is that human intervention subjects operations to all forms of rent-seeking with the attendant revenue loss to the Authority. So, progressive since 2016, we started automation of a lot of our processes,” she said.

A breakdown of the NPA recent revenue profile, which was obtained by BusinessDay shows that in 2020, the agency’s revenue grew by 14.76 percent to hit N350.37billion from N305.31billion recorded in 2019.

Recall that Usman recently told newsmen that the authority has also been able to clampdown on contractors that were not remitting government money as and when due, by ensuring that they remit government revenue through the Single Treasury Account (TSA) as established by the Federal Government.

The agency, she said, then also went further to reduce burden on overhead by cutting off many payments that add up to the cost such as travelling and other unnecessary overheads.

“Some years ago, the management of the NPA led by Hadiza Bala Usman introduced the electronic billing system (e-billing), which means that payments to the authority is now done online and that has made it more efficient in capturing all the revenue leakages associated with the old payment process,” said Aminu Umar, managing director, Sea Transport Ltd, a ship owner.

Umar, who is a former president of the Nigerian Ship-owners Association (NISA), said this is one of the major achievements of the management of the NPA over the last five years, and the MD has been strict in making sure there are no leakages in revenue generated by NPA.