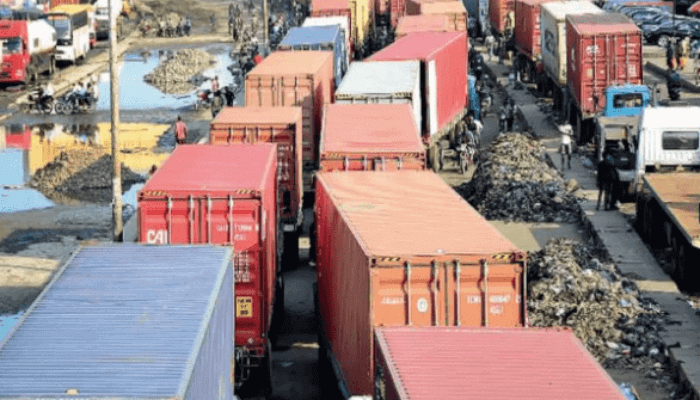 Worried by the growing infrastructural deficit in Apapa, the host community of Nigeria’s two major seaports – Apapa and Tin-Can Island, experts have called on both the Federal and Lagos State Governments to focus on closing the infrastructure gap.

According to them, repairing Apapa would encourage the growth of private businesses and allow the ports to run 24 hours which will in turn create jobs for Nigerian youths.

Speaking in Lagos on Tuesday during a job creation drive event with the theme: “Project one million jobs: from impact to legacies, heading to a new frontier in maritime economy,’ Ronke Kosoko, chief executive officer of the Employment Clinic, said the ignition required from the federal and state governments to create jobs can be achieved by working with the private sectors.

“If the government fixes the infrastructural deficit in Apapa and runs a 24-hour economy where 48 hours cargo clearance can be achieved, Lagos can take the lead in creating an employment structure that runs on shifts in the maritime sector. Here, people can work from 8am to 4pm, and another set will start by 4pm and close at 5am. Many would be employed,” Kosoko said.

She said that creating one million jobs in the port industry was achievable if the right things were done by the government, including giving the youth necessary skills.

On her part, Idowu Olajumoke, executive chairman, Apapa Local Government Area, said the community which hosts multi-billion dollar investments, had been neglected by the government.

She said there were several companies in Apapa but none was ready to employ youths from the host community despite lots of opportunities in the maritime sector.

According to her, a lot of youths are presently out of jobs as a result of neglect by the government and the lack of career- focus on the part of the youths.

On his part, Isaac Jolapamo, a ship owner, said that one million jobs could be created from non-seafaring opportunities in the maritime sector.

He said such jobs would have nothing to do with running ships but to act as supporting staff for shipping companies.

“This can be achieved within a short time because it would not involve the politics around the training of seafarers. To achieve this, we need to focus on the maritime sector. We are optimistic that the industry will start to boom again. This would lead to increased participation of Nigerians in the maritime sector and that would create more jobs for our youths,” he added.