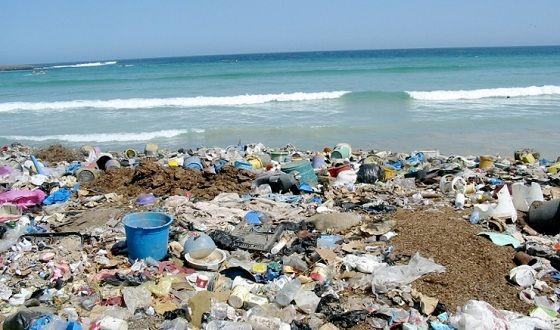 Speaking at a virtual conversation themed ‘Innovation for Sustainable Ocean,’ put together by the Ocean Ambassadors Foundation and Mundus Maris ASBL, to mark 2020 African Union Day of Seas and Oceans, Kayode Akiolu, House of Representatives member, Lagos Island II Federal Constituency, charged Africa to take part in making the Blue economy a reality as it is one of the United Nations Sustainable Developmental Goals and also an integral part of the African economy.

He stated that over 3 billion people depend on maritime for livelihood, adding that most of the proteins humans consume come from water bodies.

According to him, Africans need explore the humongous potential of the oceans by harnessing the emerging sectors of marine biotechnology, deep-sea mining, offshore renewable energy and eco-tourism among others.

Akiolu, who pledged to expend his resources towards fashioning better legal and regulatory framework for seas and oceans, pointed out the need to review environmental laws and practices of African States.

“Courts are beginning to hold fossil fuel producers accountable for the damage their products cause on environment by ensuring that they remedy the harm they caused by paying for damages,” he said.

Kayode Olubiyi, senior lecturer, Federal College of Fisheries and Marine Technology, who frowned at indiscriminate dumping of refuse on sea, said the way the ocean was being treated in Africa was not healthy.

According to him, waste – both liquid and solid from land – pollutes the ocean and led to serious damage. He however called for an end to the use of plastic bottles or polythene and end to dredging.

“If Africa can manage the various resources emanating from the ocean such as wildlife, beaches, movement of materials and goods from one country to another, in a sustainable way, it will be to its advantage. There is need for adequate understanding of the worth of the oceans because that would ensure that its $24 trillion worth of resources would be well utilised,” Olubiyi said.

Olubiyi further called for be a better way of waste disposal through recycling because bad waste disposing method ends up killing living organisms in the water. He called on Africans to see ocean as commonwealth that must be protected and utilised to generate power.

He said the continent is suffering from lack ability to integrate and harness existing resources.

“We have not been able to explore the sea for our collective gains and we have not explored the intra African connection whether by air, sea or land. We need to make progress by also investing in human capital, defining competitive strategy and setting realistic timelines and action plans,” he said.

Igwe called for the development of the Blue Economy Roadmap, creation of a regional blue centre in Kenya (East), Nigeria (West), Morocco (North) and South Africa (South) to help utilise the opportunities.

Violet Williams, founder of Ocean Ambassadors Foundation, said that in line with the African Union agenda of African Integrated Maritime Strategy 2050, the foundation joined in celebration as a way to create awareness for the future generation to know about the wealth of in the oceans and how best to sustain it.

She pointed the need for federal and state governments to partner with NGOs in order to realise the wealth of African oceans.

Chiazo-Anishere, who spoke on the topic: “Building on Human Resource Capital for the Future of African Maritime Economy,” said that the maritime industry played a prominent role in any economy and, when handled wisely, could reduce poverty, lead to skills acquisition and other benefits.

“Education is critical to building human capital; investing in it will lead to productivity. There is need for continuous review of educational system to ensure relevance, and curriculum alignment. We need industry-owned training institute, and private sector participation in education to complement government efforts,” she said.