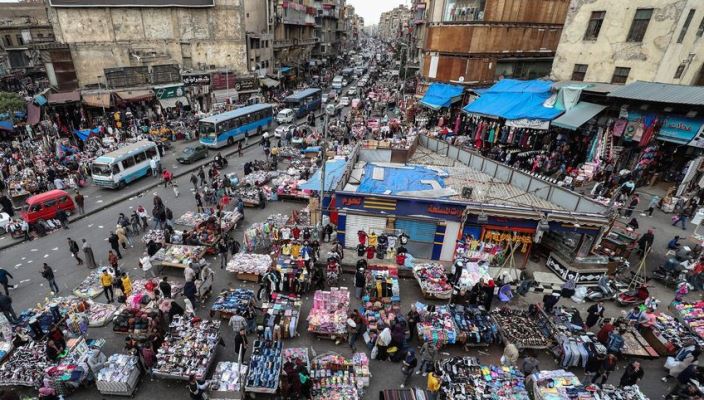 Egypt’s tourism sector is eyeing a gradual recovery after revenues plunged by nearly 70% to $4 billion in 2020 due to the coronavirus pandemic, the tourism minister and travel companies said.

The number of tourists visiting Egypt sank to 3.5 million last year from 13.1 million in 2019, Tourism and Antiquities Minister Khaled El-Enany told Reuters. Foreign occupancy rates in Egyptian hotels dropped to just 10-15% of 2019 levels. Tourism accounts for up to 15% of Egypt’s national output, and is a key source of foreign currency.

Egyptian officials have been unveiling new archaeological discoveries in an effort to revive visitor numbers, and hope the delayed opening of the Grand Egyptian Museum next to the pyramids, expected later this year, will help the sector recover.

Egypt’s carry trade, the envy of many in Nigeria, has been among the largest consensus trades of the past 12 months. Non-resident holdings of government debt fell from US$27.8bn pre-Covid to a low of US$10.4bn in May, but have since rebounded to US$28.5bn as of February, according to the Finance Ministry’s debt management office. Indeed Egyptian T-bills has been named as one of the top 20 trades of 2021.

Plans to get local debt settled by Euroclear, which would enable a relisting of JPMorgan’s EM local government bond index as early as H2 21, could trigger further inflows into Egypt with analysts hinting this move could bring in an additional $5bn.

That said, the key risk to the Egyptian carry trade is potential EGP overvaluation, with the real effective exchange rate (REER) rising c60% since the late-2016 devaluation and 12-month NDFs trading c10% above the official rate.

Analysts say that with increasing global risk aversion, Egypt could return to the firing line if sentiment turns, much like the case when covid hit.

However, Egypt weathered the covid crisis quite well and its economic outlook has improved considerably in recent months. And the IMF has completed the first review of Egypt’s 12-month $5.2bn standby arrangement enabling another $1.7bn disbursement.

The thought of a grounded container ship blocking the northbound lane of the Suez Canal in Egypt evoked memories of the scene in Austin Powers when he is frantically trying to turn his buggy around in an impossibly tight space, and the picture of a minuscule lone earth-digger attempting to move the mighty “Ever Given” vessel looks like a tiny mouse trying to get an elephant to play with it.

Well, the blockade has since ended, and ships are flowing freely once again. But Egypt would have to implement a quick expansion strategy along the canal to avoid a repeat.

According to President Abdel Fatah al-Sisi, “we have to give a strong message to the world that the Suez Canal can transport world trade at this rate or more.”

A day in the life of an artist