…His movie ‘The Call’, makes top 3 on Netflix 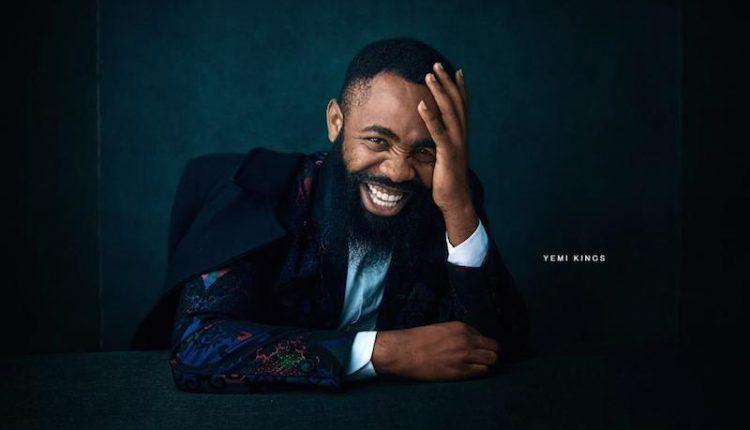 Oluwatoyin Bayegun, Known as Woli Arole, is a Nigerian comedian, actor and on-air personality. He was born on February 22, 1990, to Nigerian parents. He had his primary education in Olopade Agoro Apata, Ibadan, and his secondary school education was at Government College, Ibadan. He proceeded to the prestigious Obafemi Awolowo University where he studied Psychology. He also obtained a degree in filmmaking in 2020 from the Met Film School in the UK. Woli Arole started as an actor and stand-up comedian from Obafemi Awolowo University. He embraced social media and gained attention with short videos on Instagram. He auditioned and became a finalist at the Alibaba Spontaneity contest in Lagos. He recently debuted his live show called ‘The Chat Room With Woli Arole’ on April 8.

In 2018, Woli Arole premiered his movie titled The Call, which he produced and was featured as lead actor. The movie is now on Netflix.

Arole and his merry band of friends get into yet another problem after he loses an expensive antic clock belonging to a powerful retired general in the community.

In his hustle to raise money to refund the angry impatient general, he discovers his new talent and soon realizes that with great power comes great responsibility.

Conceptualising “The Call” has been huge. I woke up one day and decided to make a movie.  I was tired of been called a skit maker because I knew there was more about myself than what was seen. That gave birth to the movie The Call. It was a hectic process, writing and re-writing it. Some distribution companies rejected us but FILMONE accepted us and we remain grateful. We came out in January and presently, among top 100 all-time Nollywood movies, now trending No.3 on Netflix. It has been a wonderful experience for me.

It has been great I must say. The reception has been awesome, in 17hours, moving to 3rd most watched movie in Nigeria is humbling. Also, globally, the demand is high, I feel so blessed to be receiving great reviews with people asking for the part 2 already. The Call on Netflix has been huge and I feel honoured and humbled.

How did your schooling experience help to build your current career?

My first and second degrees have been great contributors to my story. It gave me exposure and ability to understand people, my environment and a lot of other things. So, I was able to know what people wanted and how to present it to them. I studied Psychology as my first degree and film making as second degree. The study in school gave me more exposure to move me from talent to skills. These were the roles that schooling helped me achieve.

My influences majorly are people, my environment and creativity as well. So, I learn from a lot from people, government, sports and football. One of the people that influence me is Tyler Perry. I am intrigued by his ability to be that individual who has created a global structure with his brand. Also, Eddie Murphy is another influence. In Nigeria, people like Pastor Sam Adeyemi and Ooni Of Ife have been great influences. Generally, I am influenced by the things around me that I see and value mostly. Ultimately, Jesus influences me because of His style of exemplary leadership.

My friends at METFILM school were different. First, studying outside Nigeria was an amazing experience and I enjoyed the international experiences, as I was the only one from Africa, Nigeria precisely. Others were from Belgium, Russia and so on. It was a bit challenging but I was later able to blend in. This greatly affected my career positively, I have learnt new things. Though, I had done my movie before going but the next project will be very different with other details I learnt that can add colour to my work. There were changes in the content I put out since I got back. So, I strongly believe it has had a huge impact to my life and career as well.

The Chatroom with Arole

Chatroom was born during the pandemic, April 8, because I needed to give people something different. This is an idea from God actually with the ability to bring people from all parts of the world together. I interview and also learn from them. This was born out of the desire to want to give happiness to the people amidst this pandemic period across the world. We’ve interviewed over 150 guests across the globe, general overseers, actors and footballers, the likes of Fela Durotoye, Sam Adeyemi, Sola Sobowale, Ighalo, Joseph Yobo, Vincent Enyama, Buhari Omo-musa, Remi Adeleke, Ebenezer Obey and Alibaba to mention a few.

This is for us to connect and learn from these Legends and more importantly, used as a platform to celebrate them. So far, I’m excited that some actors that seemed relegated were been interviewed and got amazing gifts from fans all over the world. The likes of Baba Suwe, Ajirebi, Lalude, Abija. We are celebrating the legends and also giving exposure to the new ones at the same time, we are learning from them. So far, it’s been a success. We got interviewed on TVC and Channels and glad to say we have gotten of over 5,000,000 impressions and engagements. It’s quite commendable and soon, we are taking it bigger to the big screen so people can watch from their televisions.