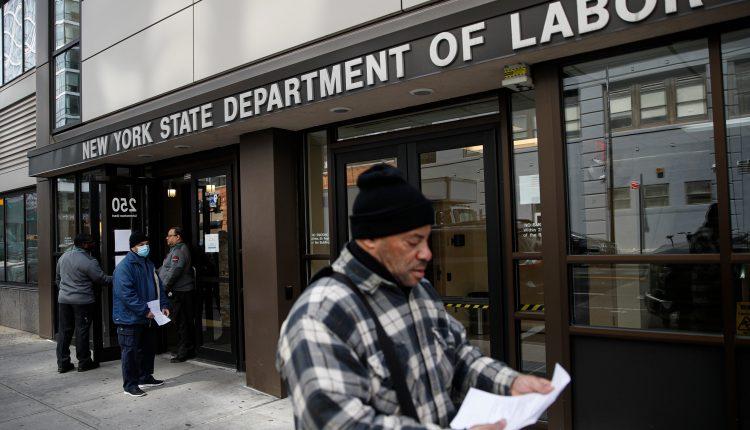 A record 3.3million  Americans applied for unemployment benefits last week, the Labor Department said Thursday, as restaurants, hotels, barber shops, gyms and more shut down in a nationwide effort to slow the spread of the deadly coronavirus.

Laid off workers say there was such a crush of people applying for jobless benefits at once that they waited hours on the phone and the websites in several states, including New York and Oregon, crashed.

Many economists say the coronavirus recession has already commenced and what happened last week is only the beginning of a massive spike in unemployment that could result in over 40 million Americans losing their jobs by April.

Bank of America predicted 3 million people would apply for unemployment benefits last week, easily surpassing the prior record of 695,000 new jobless claims that was set in 1982 as the nation battled high inflation.

This is “widespread carnage,” said Jacob Robbins, an assistant economist professor at the University of Illinois at Chicago, “And it’s going to get worse.”

Layoffs skyrocketed on Monday, March 16 after President Trump declared that no more than 10 people should gather together at once time, effectively forcing restaurants and other public places to close.

Many economists, including Robbins, predict there will be another surge of over a million new jobless claims this week as well.

Experts say the true number of unemployed so far from the coronavirus is likely much higher than 3.3million because a lot of workers are not allowed to apply for this particular benefit.

Self-employed workers, gig workers, students, people who did not live in the state last year or workers fewer than six months last year are typically not eligible to apply for unemployment insurance in most states.

Coronavirus: FG to engage local producers to ramp up…