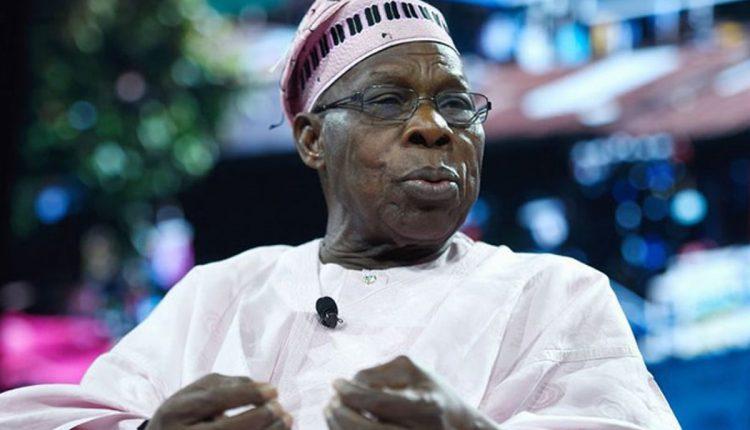 Former President Olusegun Obasanjo has again stressed the need for restructuring in Nigeria, warning that the longer this is delayed, the worse it will turn out for the country.

According to him, “my personal conviction is that, with the experience we have had operating the current Constitution where we have seen some important aspects of the Constitution being breached willfully and wantonly, and with the centre seemingly being overwhelmed by the issue of security, with crying need from different quarters for reform of the basic structure of Nigeria’s federating units, there is need for the repositioning of our country for the purpose of unity, equity, competence, good governance, security, stability, healthy competition, justice, fast socio-economic development and making Nigeria undisputed regional leader.”

Obasanjo restated his position while delivering a lecture on “COVID-19 Pandemic and Nigeria Security Issues”, at the 2020 Sobo Sowemimo Annual Lecture, organised by Abeokuta Club in Abeokuta.

Obasanjo said the growing incidence of insurgent attacks, cattle rustling, kidnapping, robberies and the like, were clear indication that all was not well with Nigerian.

“Let me lay more emphasis on the issue of security, which, in itself, is serious enough to make restructuring imperative,” the former head of state said.

“The South-West governors cried out and devised ‘Amotekun’ as a solution or part-solution. We are yet to see how successfully that will be operated.

“Other zones are clamouring for a solution because in no state and in no geopolitical zone is life and property safe and secure.

“Criminality is the order of the day. And it cuts across the entire nation.

Insecurity is one issue of commonality among Nigerians, no matter their tribe, language, religion, geographical location, gender, age or social position.

“If we are all held hostage by criminality of Boko Haram, terrorists, herdsmen/farmers, bandits, kidnappers, militants, armed robbers, then we all have common ground to seek common solution by putting aside governance collapse, incompetence, failure, insincerity and insensitivity and chart a new stable, enduring and generally sustainable basis and platform for the Nigeria federation.

Obasanjo particularly pointed out to President Buhari that even in the latter’s northern domain, there is growing disquiet over persistent insecurity.

“The Northern Elders Forum, through its spokesperson, Akeem Baba Ahmed, had declared President Buhari a failure on account of persistent insecurity within the nation.

“I leave out economy, which is in the doldrums, and fighting corruption where you see more heat than light and which is festering like a bad sore.

“Leaders in politics, private sector, religion, traditional institutions and civil society have cried out against pervasive insecurity in our land.
“Salihu Garba, in his open letter to Arewa governors and legislators, has a lot to say.

“But he begins with, ‘Only insane people can sit and watch their people being killed, women and young girls raped, and sons abducted by some ragtag bandits, kidnappers or insurgent group, whose motivations have been built on demonic ideology, easy access to firearms and our collective failure in providing the desired community-based shepherd leadership and a fit-for-purpose security system’.”

He said Garba cautioned the North on excessive dependence on the Federal handouts and security agents, and that he raised a number of issues and made suggestions that are in the domain of devolution and restructuring with collaboration, cooperation and solidarity.

Obasanjo said: “No one in his or her right senses will go against most of the points Salihu raised in his letter to strengthen Nigerian unity and oneness and enhance performance through devolution and restructuring.”

Obasanjo recommends post-pandemic measures to get Nigerians, economy back to normal