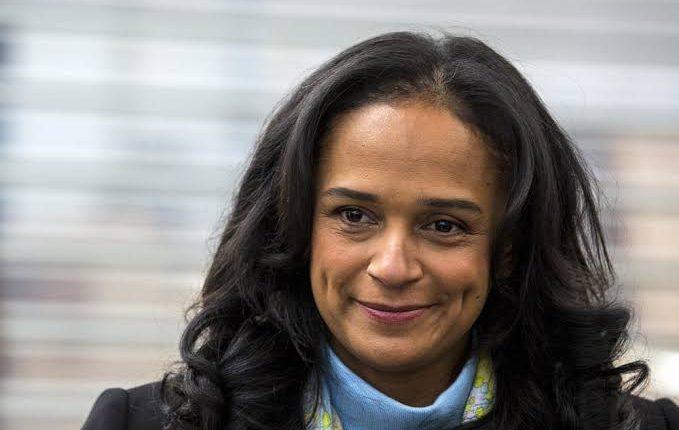 Portuguese authorities have issued a freezing order on the bank accounts of Isabel dos Santos, widening a hunt for the assets of Africa’s richest woman, who is suspected by Angola’s government of mismanaging the state oil company which she led as chair until 2017.

The office of Portugal’s public prosecutor said in a statement Tuesday the order was part of a “request for international judicial cooperation from Angolan authorities.”
Angolan President Joao Lourenco began a crackdown on corruption almost immediately after winning elections in 2017 and succeeding Dos Santos’s father, whose 38-year rule enabled his children to

In December, an Angolan court froze the local assets of Dos Santos, those of her husband and one of her executives after allegations arose that they had engaged in deals with state-owned companies that cost the state $1.14 billion.

She has also been named as a suspect in a probe into alleged mismanagement of state oil giant Sonangol.

One of her brothers is currently on trial in Angola on charges of illegally transferring $500 million to a bank account in the U.K. shortly before Lourenco assumed office.

The 46-year-old London-educated engineer has an estimated net worth of about $2 billion, Bloomberg data show. A sizable portion of her wealth is in Portugal, Angola’s former colonial ruler, through indirect stakes in Portuguese oil company Galp Energia SGPS SA and cable firm NOS SGPS SA.

The Portuguese freezing order came just one day after Spanish lender Abanca Corp. Bancaria SA agreed to buy 95% of Lisbon-based lender EuroBic Portugues SA, in which Dos Santos has a 42.5% stake, for an undisclosed amount.

Portuguese weekly Expresso first reported the measure on its website on Tuesday.

Last month, Angola’s prosecutor general met with his counterpart in Lisbon to seek help recovering Angolan assets that are believed to have been illegally transferred abroad during ex-President Jose Eduardo dos Santos’s rule.

Lourenco said in an interview last week he’s made fighting corruption a priority because he saw it reach such high levels for decades, having served in the government as defense minister. He said he’s finally in a position to act.

Oil inches above $41 for first time since March in respite…