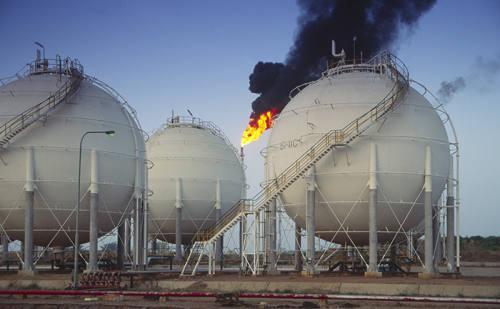 With the deadly Coronavirus spreading faster around the world and battering global oil markets, Nigeria is waking up to face the an uncomfortable truth: revenues and foreign exchange earnings in 2020 are likely to get even worse before they get better.

The internationally traded benchmark crude, Brent collapsed to just $52.69 a barrel Thursday and that’s is well below Nigeria’s budget benchmark, the rate at which the country’s budget was based.

Analysts warned Thursday that prices will remain at well below last year’s average and this could significantly crimp oil revenues for Africa’s largest economy and pose a threat to its foreign exchange position.

Oil exporting countries like Nigeria have a good reason to be worried. At the height of the quarantines in China, oil demand in the country plummeted at least 25 per cent from where they would normally have been. That alone was enough to send pic prices into a tailspin, knocking them more than 20 per cent below their January highs and they could even drop to $50 a barrel or less.

Oil deepened a three-day rout as panic over a coronavirus outbreak in the U.S. gripped investors and sent shockwaves through commodity, equity and debt markets.

Futures fell 3% in New York to the lowest level in more than two weeks. The U.S. Centers for Disease Control and Prevention warned Americans to brace for an outbreak at home.

A spike in infections in other parts of Asia as well as the Middle East and Europe has raised fears of a global pandemic impacting the stability of the global economy.

“This virus has had a violent effect across markets”, said David Tawil, president of Maglan Capital in New York. “There may be more shocks to come as the virus spreads, prolonging the time for oil to regain its footing. No one knows how long or painful this will be.”

Oil declined in tandem with U.S. equities and the 10-year U.S. Treasury yield, which fell to a record low, as investors grappled with the prospect of the virus disrupting the world’s largest economy.

The slump in prices comes as the Organization of Petroleum Exporting Countries and allied producers prepare to meet in Vienna next week. Saudi Arabian Energy Minister Prince Abdulaziz bin Salman said the group hasn’t made a decision yet on whether to extend or modify production cuts in response to the outbreak.

The American Petroleum Institute reported that inventories rose by 1.3 million barrels, according to people familiar with the data. Distillate supplies fell 706,000 barrels while gasoline stockpiles rose by 74,000, API said.

The U.S. Energy Information Administration will publish its weekly petroleum report on Wednesday.

Amid slump in prices, investors were paying more to protect against price swings, especially declines. Implied volatility on WTI options rose to the highest level since September, according to a CBOE/CME index.