… to benefit 10 teachers per school 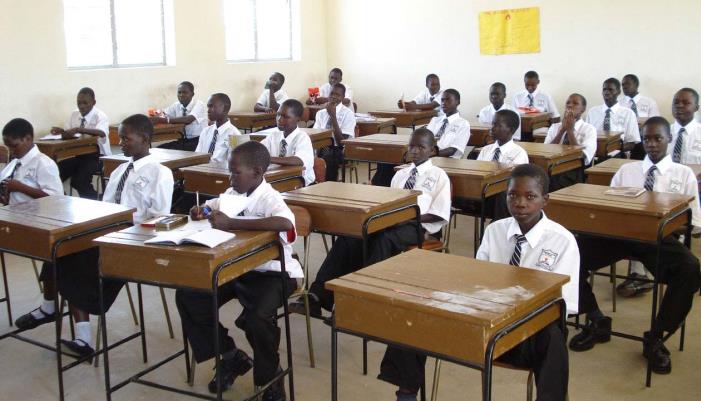 The Federal Government has lifted the hopes of private school teachers who have been enduring hardship over unpaid salaries following the six-month closure of learning centres due to the ravaging coronavirus (Covid-19) pandemic, as the affected tutors are billed to draw from the government’s survival fund.

Already, the affected teachers had as at Monday, September 21, at 10pm commenced registration on the Federal Government portal link provided on Sunday, September 20, by the Project Delivery Office at the Presidency.

The survival fund and payroll is a conditional grant support for artisans, private school teachers, vulnerable micro and small enterprises in meeting their payroll obligations and safeguard jobs in MSMEs from the shock of Covid-19 pandemic.

The scheme is estimated to cater for at least 1.3 million jobs across the country, while targeting an average of 35,000 individual per state.

Yomi Otubela, national president, Nigeria Association of Proprietors of Private Schools (NAPPS), gave the news at an exclusive interview with BusinessDay, last week in Lagos, saying the salary arrears of private school teachers would be paid from the N2.3 trillion stimulus package recently approved by the Federal Government.

According to Otubela, only 10 teachers per private school stand to benefit from the fund, noting that not the entire 42,000 private schools in the country owe teachers’ salaries from March to date.

“While many of the schools recorded 100 percent in payment of staff wages, greater percentage of the schools did not pay at all and few paid between 50 and 75 percent,’’ Otubela said.

Though, the NAPPS president stated, ‘’The 10 teachers per school is inadequate. Others who could not access the fund would share with their colleagues who stand to benefit from the fund.’’

The affected teachers for the survival fund had fully registered as the portal for the registration of prospective beneficiaries opens on Monday, September 21, 2020, he said.

The support by the Federal Government, with the inclusion of private schools, ‘’is a welcome development to save private education sub-sector from imminent collapse,” he said.

NAPPS, he noted, had engaged the government in a proposal sent to the Economic Sustainability Committee, headed by Vice President Yemi Osinbajo, on the need to support private schools to cushion the effect of the pandemic.

“We have written to the Federal Government to understand that these teachers are teaching Nigerian children and that they need to keep them and their families together during and after the lockdown.

“The government had listened to our request. We requested that then teachers’ salaries in private schools should be taken over by the government during the months of lockdown,’’ Otubela said.

Meanwhile, a visit by our correspondent to some of the private schools within Lagos, a large number of teachers spoken with could not even explain how they had survived. But they have survived anyway, despite the uncertainties of the times, their gaunt, ragged look, irrespective.

According to Israel Oyediran, one of the teachers, the last salary he earned was March and if not for the little stipends he was able to make via these private lessons, he really cannot tell if he would have survived.

“I teach Mathematics and Physics, so I provide online lessons for pupils, for which their parents pay. The snag however is that parents have refused to pay the usual charges. Ordinarily, we charge between N25,000 and N30,000, but because it is not physical teaching where we go to their homes, they are only paying half that price. Currently, I have two families on my clientele, so I make just about N30,000, which is still not enough, but it is far better than nothing,” Oyediran said.

Oyediran however considers himself privileged because of the kind of subjects he teaches. According to him, things have not been so rosy for his colleagues teaching other subjects that parents consider less vital, during the lockdown.

“There are a lot of my colleagues for whom it has been hell; you know, when your areas of specialty are subjects for which parents feel they really don’t need your help or that they feel their wards could read on their own, it may not be so easy. So, I have had to support some colleagues even with the little I make,” he said.

He admitted that he also got broke but on such occasions, he resorted to friends and relatives for whom he had been helpful in the past.

Okanlanwo John, who lives and teaches at a private school in Egbe, Ikotun area of Lagos, also spoke of the hard times during the lockdown. Thankfully, he has also been making some stipends courtesy private tutoring of pupils who are preparing for the common entrance examinations into the various Federal Unity Schools and State Model Colleges. To him, parents are apprehensive that their wards’ memory could relapse if they were left without any brushing for so long.

He also lamented that the money was not enough, and the fact that some parents still defaulted in payment,’ but agreed that it was better than nothing.

Regarding bank loans, Okanlanwo said most schools indebted to banks have the Federal Government to thank for intervening on their behalf, saying, “We are grateful to the Federal Government who intervened on our behalf with the banks to give us moratorium till September; else they would have been on our backs.”