Coronavirus: Why apprehension grows in Nigeria 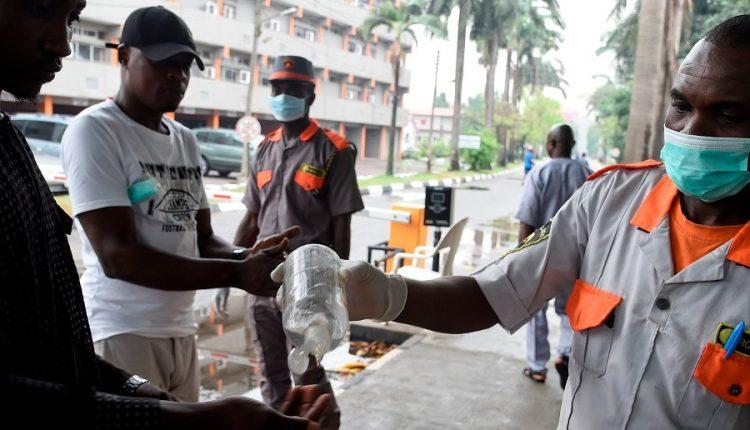 In the last few days, the Federal Government has taken measures to ensure that Nigeria does not get to a point where the coronavirus, otherwise known as COVID-19 begins to ravage the country in the same way it is currently doing in some other countries.

Government officials have also continued to urge the citizens not to panic as the situation is under control. But some Nigerians and social commentators who spoke with BDSUNDAY said that the situation in the country and the level of unpreparedness on the part of government may be reason for panic.

Reports from many parts of the world say that people’s movements are being restricted and in some places, citizens are told to stay indoors without as much as going out to buy groceries or going beyond 100 meters from their residences. In such cases, people stock their fridges, freezers and stores to last many days for them.

Observers argue that should coronavirus hit Nigeria in the same magnitude it has in other countries, corpses are sure to litter everywhere in the country.

An analyst, who spoke with BDSUNDAY on condition of anonymity, said: “Take for instance, if the disease invades Nigeria as in Italy as it’s being reported, Nigerians would die in droves. Why did I say so? Most Nigerians are poor and survive by subsistence means.

“They have barely enough to survive for one day not to talk of two days, two weeks or months without going out to do their business.  While the virus is yet to get to most Nigerians, many are already at their wits end. And you don’t blame anybody.”

Continuing, he said, “If you are in a country where the President, for instance, is behaving as if he does not see, hear or read about what other presidents and prime ministers are doing elsewhere; in some countries, the President has addressed their people over three times, giving them the assurance that all will be well.

“While other nations are announcing various stimulus packages for their citizens, our government announced N20 reduction in petrol pump price as if that’s the major problem of the people. The way things are, Nigerians have every cause to panic because things are not done right here; nobody thinks about them or their welfare.”

In a report making the rounds on the social media, Nigeria is the only country that has not rolled out meaningful stimulus for her citizens. “The United States of America (USA): releases $1trillion stimulus. Each adult to be paid $1,200 & each child $500 in April and May; UK: releases £330 billion and loan package; Germany releases $600 billion stimulus; Canada releases $20 billion relief package, $85 billion stimulus and stops payment of rents; Italy releases $26 billion stimulus, government to pay rents and will pay baby-sitter 600 euro, but Nigeria only removed N20.00 from fuel,” the report said.

High poverty level and no safety net for the populace

This claim was made by three experts associated with the World Poverty Clock – in a paper for the Brookings Institution think-tank launched in 2017 to track trends in poverty reduction.

According to the authors, oil-rich Nigeria overtook India in May 2018 to become the country with the world’s highest number of people – 87 million – living in extreme poverty, in comparison with India’s 73 million people.

BDSUNDAY checks confirm that in Nigeria, a country with close to 200 million population, many people find it increasingly difficult to put a decent meal on their tables.

Due to the poor economic situation, many presently live in slums, ghettos, and other overcrowded urban streets or districts inhabited by very poor people, where hundreds of people share same toilets and bath while in some cases people live in places without decent toilets.

Sadly, inadequate environmental sanitation has become a public health hazard in the country. In some cities, living with waste as part of the natural environment has become a way of life. This is such that streets and roads in most cases have been converted into refuse dumping site with heaps of dirt covering the streets.

Also, dumping of refuse inside drainages and canals in Nigeria has become a culture such that the drainage system in most urban cities has been turned into dump sites and use for toilets for open defecation. This culture has not only gone further to expose how dirty the slums and ghettos are, but has also shown potential threat to health, if Coronavirus becomes pandemic in Nigeria.

To this end, pundits believe that if Covid-19 spreads in a country like Nigeria, scores of deaths would be recorded because it would be very difficult to contain because the spread would be unimaginable.

Nigerians would find it extremely difficult to self-isolate, especially for people living in already choking environment where open market system that is practised in the country makes it compulsory for a lot of people to cluster at one time, said a concerned Nigerian, who does not want his name in the print.

The Nigeria’s transportation which is always overloaded and crowded with people sitting at very close proximity with one another is also a worrisome factor. “Unless movement would be restricted in such situation, if not it would be more difficult to deal with, said the concerned Nigerian.

Interestingly, Nigerians are already taking advantage of the situation to hike the market prices of drugs especially Chloroquine that was said to be under test in the United States of America as possible vaccine for the treatment of Coronavirus.

Barely 12 hours after President Donald Trump’s announcement during the Covid-19 update from the White House in Washington DC on Thursday, the price of hydroxychloroquine and chloroquine in Nigeria skyrocketed such that a pack that was formerly sold for N850 as at Thursday now goes for N3, 000, confirmed Ruth Eze, a Lagos-based pharmacist.

“Our problem in Nigeria is that we lack regulation. Drug makers and dealers are presently hiking prices at will with no governmental authority to control or regulate them. This cannot happen in the Western world. Remember, the virus has not become pandemic in Nigeria and the situation is like, imagine what could become of us if Nigerian case continues to rise,” she wondered.

BDSUNDAY can further recall that one of the worst hit countries in Europe is Italy, popularly known as the country of better living, which has been completely locked down and transformed into a country at war, ‘health war’.

The Italian Civil Protection Agency says in its daily bulletin that death toll rose by 14.3 percent on Wednesday, March 18, 2020, while the total number of contagions also grew by 14.9 percent to 41,035. Recoveries are up by 10.3 percent to 4,440, while the number of intensive care patients – a closely watched figure given the shortage of hospital beds – has risen by 10.7 percent, to 2,498.

Also, in Italy and other countries in the West, government makes it a responsibility to constantly fumigate the environment on regular basis to contain the spread of the disease. The big question is, can Nigerian government become responsible in dealing with just sanitation as the World Health Organisation (WHO) continue to preach for personal hygiene as critical to curtailing the spread of Covid-19.

Fact remains that the public-owned medical facilities such as Federal Medical Centres as well as general and university teaching hospitals hardly have sufficient bed spaces for patients under a normal situation. It means that the situation could be unimaginable if the spread of Covid-19 becomes very high in Nigeria.

BDSUNDAY’s visits to some public hospitals and health centres show that many of these hospitals are yet to come to terms with reality as they do not have even sanitizers for patients and visitors.

Aloysius Ogwu, an economist and a public affairs analyst, said that government should impress on private sector to encourage staff to work from home and movements restricted.

“If you allow people to go about their business as usual, the risk is huge because the virus will spread very fast. So, restriction on movement, working from home, self isolation should be enforced. But government will have to organise places where people can buy food items with less contacts or items delivered to homes at regulated prices now”, he said further.

Mike Otigi, a health expert, noted that government needs to promulgate and strictly enforce safety regulations that would ensure the virus spread no further as its epidemic would cost the nation many lives.

“China locked down and now they have no new case. The people suffered it and are better off now. Nigeria should insist on all strict measures to stop coronavirus now or we will regret it as its outbreak will kill millions in a month. There should be restrictions on movements to curb the spread, people should be stopped from going out, it is an emergency situation and government should foot the bill to safe the citizenry”, he said.

Considering the fact that public places that host crowd are potential spread point for the virus, Kikelomo Adekunle, a senior partner in a law firm, said domestic flights, inter-state buses, staff buses, school buses, missionary buses should be avoided as they host passengers who could spread the virus if anyone of them is positive.

“I think government should also ban inter-state travels and domestic flights for now because some Nigerians returning from abroad use them for movement to their final destinations and could infect people along the way if they are positive. If there are movement restrictions, nobody will spread the virus in hinterland where people are no aware of it and are most vulnerable,” she said.

Wale Ogunade, a public affairs commentator, said: “Obviously, we have to redouble our effort; it would be a major catastrophe if we allow the situation to degenerate like what we have in Italy, UK and other countries considering the way we are here. We know our people; all hands must be on deck, more information about the virus should be made available to people, especially in remote villages, while health institutions should be equipped.”

PTF has not received financial donations on Coronoavirus…

Oil makes dazzling jump above $30 as Trump sparks hope of…

6 doctors die from Lassa fever, another infected by…