Buhari, others call for urgency to tackle terrorism in West Africa 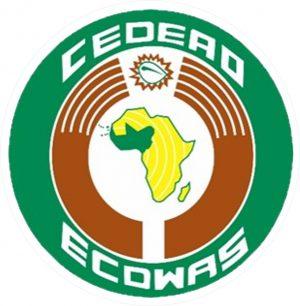 President Muhammadu Buhari and other West African leaders have stressed the urgent need for member countries of the Economic Community of West African States (ECOWAS) to address the increasing spate of terrorist attacks ravaging the region even as they strategise to deepen economic development and integration of the region.

Speaking during the opening ceremony of the 56th Ordinary Session of the Authority of Heads of State and Government of ECOWAS   in Abuja on Saturday, President Buhari said “terrorism remains the major threat to the peace and progress of our region”.

This development was sequel to the terrorist attacks that killed over 33 soldiers in Niger Republic last week, which elicited   shock and sad remarks from the Nigerian President.

“It was with great shock and immense pain that I received the news of the tragedy in Niger Republic where over 33 valiant soldiers were brutally massacred in yet another cowardly terrorist attack by these enemies of peace and progress,” he said.

According to records from ECOWAS Commission, in the first eleven months of 2019, terrorist attacks increased by almost 80%, compared to the same period in 2018, and caused more than 1,800 civilian and military casualties. This situation has led to a humanitarian crisis with the displacement of nearly 2.8 million people and the closure of hundreds of schools.

“The recurring attacks by these terrorists remind us of the urgency to build an enduring security partnership to confront and defeat the evil of cross -border terrorism,” President Buhari noted.

While commiserating with the government and people of Niger, President Buhari restated Nigeria’s commitment to regional integration, adding that it had become necessary for the region to always channel its energies toward devising new strategies and initiatives which will accelerate the attainment of regional aspiration for sustainable peace, security, stability and inclusive economic growth.

“To achieve this we must put our people at the heart of our policies and actions,” he said.

The president of Niger Republic, Muhammadu Issoufou, who is also the Chairman of the Authority of Heads of State and Government of ECOWAS, in his address  called for more concerted efforts to tame the terrorist menace in West Africa and the Sahel. He lamented that terrorism had killed many people in Nigeria, Niger, Mali and Burkina Faso and destroyed infrastructure and livelihoods and led to the displacement of many peoples.

“The UN is determined to partner with ECOWAS to create the enabling environment for the attainment of the Sustainable Development Goals, including promoting the role and involvement of women and youth in governance processes,” he said.

He said the UN was committed to enhancing its engagements with ECOWAS towards improving governance including in the security sector, and addressing climate change, maritime piracy, drug trafficking and other forms of transnational organized crime.

President of the ECOWAS Commission, Jean Claude Kassi Bro, said the recent terror attacks in the region and the thought of the many civilians and military victims will only strengthen the region’s resolve to collectively and effectively fight to eradicate the scourge.

He added that pursuant to the resolution of the  Ouagadougou Summit, ECOWAS had decided to use domestic funding for the counter terrorism efforts.

Among the West African leaders at the Session are: President Alassane Quattara of Cote d’Ivoire; Patrick Talon of Benin Republic; Julius Maada Bio of Sierra Leone; George Weah of Liberia, and Rock Marc Kabore of Burkina Faso among others.