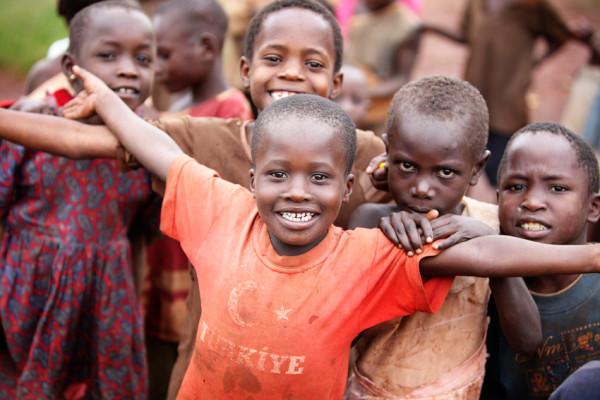 Bukola Saraki, head of Nigeria’s upper chamber of parliament, says lawmakers are willing to partner with the United Nations Children’s Fund (UNICEF), and similar bodies, to reduce the number of out -of- school children in Africa’s most populous nation.

Addressing a UNICEF delegation, led by its Country Representative, Mohammed Malick Fall, during a courtesy visit to him in Abuja, Senate president Saraki said the upper chamber of parliament is “committed to do all it can to address the issue of out of school children through funding and material resources.” At 10.5 million, Nigeria makes it to the top ten countries with the highest number of out of school children in the world, according to UNICEF data.

“This represents approximately 20 percent  of the world’s population of children that are not in school,” Saraki said of the 10.5 million out of school children.

“An uneducated population will be locked in a cycle of poverty for their entire lives. Additionally, these children could constitute the next generation of suicide bombers and militant terrorists.  In this regard, education is a national security priority,” the senate president added.

Over the last decade, Nigeria’s exponential growth in population has put immense pressure on the country’s resources and on already overstretched public services and infrastructure. With children under 15 years of age accounting for about 45 per cent of the country’s population, the burden on education and other sectors has become overwhelming.

Forty per cent of Nigerian children aged 6-11 do not attend any primary school with the Northern region recording the lowest school attendance rate in the country, particularly for girls. Despite a significant increase in net enrollment rates in recent years, it is estimated that about 4.7 million children of primary school age are still not in school.

Increased enrollment rates have also created challenges in ensuring quality education and satisfactory learning achievement as resources are spread more thinly across a growing number of students. It is not rare to see cases of 100 pupils per teacher or students sitting under trees outside the school building because of the lack of classrooms.

According to Saraki, the 8th National Assembly is determined to make laws and appropriate resources needed to drastically reduce the menace.

Saraki said: “The Senate is already working with few State governments who are yet to domesticate the Child’s Rights Act. We are determined to also improve on this and to work together to see how best to reduce drastically the level of illiteracy among our people especially from the preliminary stage.

“The quality of our education must be in line with the best global practices. We will continue to work closely together with you. To support your programmes, we plan to organize an inclusive round-table discussion where the impediments in our education system will be identified and a plan of action designed to eliminate them. I am confident that your contributions at that stage will be highly welcome”.

The Senate President endorsed the school enrollment campaign of UNICEF in the country and thanked its Country Representative for their years of exemplary work in education and other areas.

Earlier, Fall encouraged the Senate President to endorse UNICEF Nigeria’s 2017 school enrollment programme, with the theme: “Education Matter: Every Nigerian Child Deserves to be in School.”

He stated that UNICEF’s school enrollment campaign seeks to partner with the education stakeholders at the state level to ensure the impact reaches grassroots communities.

He said the campaign also seeks to underscore the country’s commitment to free and compulsory education and to encourage states to prioritize education.

Fall lamented that with the statistics of about 10.5million children out of school in Nigeria, saying: “such number pose a lot of danger to the growth and development of the country”.

He called for urgent attention by governments at all level to address the trend.

What’s your behavioral management strategy for your organisation?

Has the FGN borrowed to pay salaries