Nigeria, South Africa have a duty to the black race – Oyebode 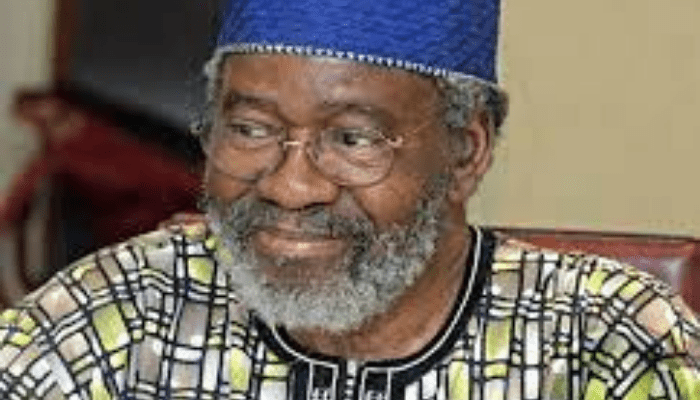 AKIN OYEBODE is a professor of International Law and Jurisprudence and the pioneer Vice-Chancellor of the University of Ado-Ekiti. In an interview with IFEOMA OKEKE-KORIEOCHA, Oyebode speaks on how the relationship between Nigeria and South Africa can be enhanced.

The first thing to say is that there is no automatic right of entry by an alien into a country. Admission into a country is more of a privilege than a right. In fact, a visa previously granted can be revoked upon entry by an immigration officer if admission of the visa-holder is considered prejudicial to the peace, public order or health of the country concerned. The simple reason for this is that every country is free to determine who can enter its territory, a fact frequently glossed over by complainants of denial of visas or entry into foreign countries. Every country jealously guards its territory from undesirable elements. Since there are ample provisions under international law for retorsion or reprisal action, we do not need to lose any sleep over denial of visas or refusal of admission by any country.

However, Nigerians have not ceased complaining over delay and/or non-issuance of visas by the South African authorities and other countries.

How will this visa issue affect the relationship between Nigeria and South Africa?

Inevitably, the visa issue could become an irritant in Nigerian/South African relations but sad to note, the traffic seems to be more heavily tilted toward the Nigerian side. Fewer South Africans have the inclination to visit Nigeria than Nigerians who, for a variety of reasons, itch to visit South Africa. Some years ago, I was invited to give a lecture in South Africa but when faced by the numerous conditions stipulated by the South African consulate, I had no choice but to forgo the trip.

What can be done to boost businesses between both countries?

Before the xenophobic attacks by unruly mobs against Nigerians and other African residents in South Africa, the relationship between the country and Nigeria could be said to be growing, especially in the economic sector. There were large South African enterprises such as MTN, Shoprite, Multichoice, Standard Bank doing business here while the service sector in South Africa had a sprinkling of Nigeria-owned establishments. Admittedly, ruffled feathers would seem to have been smoothed and both countries have now established a joint commission to promote businesses in their respective countries. Notwithstanding, frayed nerves are still evident and a considerable amount of diplomatic leg-walk would be needed to restore amity and goodwill on both sides.

What are the effects of xenophobic attacks on businesses between both countries?

Restiveness in South Africa has not fully ceased. The interests of Africa’s largest economies require ironing out the creases in their relationship such that the benefits of mutual understanding and cooperation need to be harnessed to the advantage of both countries.

What should be the role of governments in addressing these issues?

It is imperative that the governments of both countries should spare no effort to ensure that relations are brought to an even keel. As they are the predominant economic actors on the continent, Nigeria and South Africa have their jobs well cut out for them and ensure that they fulfill their destiny to the black race. The restoration of the fortunes of the South African Airways needs to be complimented by the efforts Air Peace and other Nigerian airlines are able to muster.

Nigeria and South Africa, being Africa’s largest economies, have thrust on their shoulders the historical responsibility of demonstrating to the rest of the continent the benefits of synergy

What kind of businesses do Nigerians engage in South Africa or business deals between both countries?

The relationship on the economic front between Nigeria and South Africa is somewhat asymmetrical, with South Africa concentrating on more complex industrial and commercial enterprises while Nigeria leans more on small scale and medium establishments. As both countries pursue their economic pursuits, it is expected that they would intensify their cooperation and collaboration such that the prospects and general well-being of their peoples would be enhanced. The scope of the combined effort of both countries is, quite frankly, inestimable. With proper grasp and understanding on both sides, the prospects of harvesting the benefits of synergy are truly limitless.

After all the fanfare of Cyril Ramaphosa’s visit & talk about better relationships between SA & Nigeria, why is it difficult for Nigerians to visit SA?

There has to be a deliberate and intensive cultivation of Nigerians to put on the table their natural talents and innovative capabilities in order to catalyze the potentialities of the economies of both countries. The South African Tourism Board should endeavour to bring it to the attention of the travelling public in Nigeria that there is hardly anything they are seeking elsewhere that cannot be found in South Africa just as Nigeria has to make the country a tourist destination for not only South Africans but indeed the rest of the continent.

The necessity for intra-African trade and investment cannot be more urgent especially in this post-Covid era and the unfurling prospects of the African Continental Free Trade Area (AFCTA). Ten years ago when the AU requested that I draft the African Convention on Transborder Trade, I never could have imagined how close and realisable the goals of that endeavour would be. As stated earlier, Nigeria and South Africa, being Africa’s largest economies, have thrust on their shoulders the historical responsibility of demonstrating to the rest of the continent the benefits of synergy as envisaged by the AFCFTA. It stands to reason that if African countries refuse to hang together, they would only suffer the ignominy of being hanged separately.

How can Africa’s two largest economies reduce these frictions to trade?

As Tomas Borhe, Interior Minister of the Sandinistas once observed, the customs house is yet to be built that can prevent the export of good examples. So, the success of Nigeria and South Africa in harnessing their endowments should serve as a template of what could happen across the continent. Economies of scale are of tremendous benefit for the basket economies that litter the African continent. When everyone realizes that there is strength in unity, it becomes much easier to put all our seedlings in one basket.

What is the volume & value of trade between Nigeria & SA?

How does a hitch-free visa process contribute to this?

Much as a visa abolition agreement might be desirable, the large population of Nigeria and inventiveness of the people would be a major consideration for South Africa to shoot down such a proposition. The prospects of complementarity are not sufficient to warrant adopting an otherwise attractive modus vivendi.