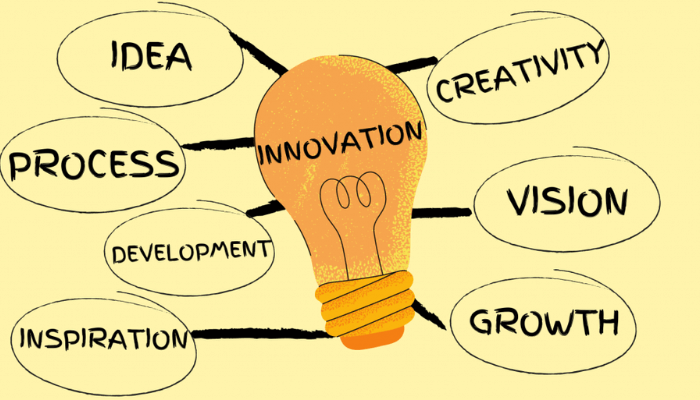 My ultimate vision for Nigeria’s economy is one driven by innovation. Innovation economics create jobs more quickly and so will help address Nigeria’s problem of unemployment which stands currently at 40 percent. This is because new products or new ways of doing things create new opportunities in the chain of invention or innovation to the market. This is how wealth creation was democratized in the Western world in the wake of the industrial revolution that happened between 1760 and 1840, ushering in new manufacturing processes in Britain, continental Europe and the United States. Before then, wealth was based largely on social class, restricted to royalty as land-owners.

Innovation-driven economies remain competitive, adapting to the needs of the future, while natural resource-dependent economies such as ours, risk being left behind by global and market trends and thus condemning our citizens to poverty.

Nigeria has a national policy in science, technology, and innovation. The federal government has several technology and innovation related agencies. But these public sector efforts have not yielded any innovation-driven impact in Nigeria’s economy, although technology hubs have sprouted in recent years because the country’s youth, which is nearly 70 percent of the national population, are deeply vested in technology. Most of the activities of these tech hubs, however, are geared towards social applications and financial technology (Fintech). Innovation in Nigeria has yet to impact manufacturing, energy, and other productive sectors of the real economy.

There are three fundamental reasons why we are yet to have a truly innovation-led economy. The first is that there is still little or no policy and financial support for moving the products of innovation into the mainstream marketplace through mass production and marketing distribution.

Second, incentives for innovation in particular, in intellectual property law and regulation as well as broader government policy, are still weak.

Third, investment by companies and government on research and development (R &D) are still relatively low. And yet, Nigeria’s currently dire economic situation and foreign exchange crisis in particular provide our country with an opportunity to scale up innovation. It is only innovation that can break the Nigerian economy’s structural dependency as an import- and consumer-driven one.

The institution of intellectual properties in developed countries, has developed it into a mature, sophisticated instrument for wealth creation for shaky foundations. This is so, to the extent that an intellectual property clause that protects patents and copyrights was enshrined in the first Article of the United States constitution that went into effect in 1789. In Article I, Section 8, Clause 8, America’s supreme law stated: “the Congress shall have power… to promote the progress of science and the useful arts, by securing for limited times to authors and inventors the exclusive rights to their respective writings and discoveries”. Clearly, after military victory in the Revolutionary War that freed the country from British rule, America established for itself a high cognition of the place of knowledge and the power of the mind as represented in intellectual property. Nigeria is far from this reality.

As important as the government’s role is in promoting innovation, an innovation economy requires businesses, including individual firms and the organized private sector, to be created. There must be a market for innovation. Inventions and innovations require funding by venture capital firms and by large corporations through R&D. The early inventors of the Western world were always backed by wealthy businessmen – financiers whose sole purpose in these partnerships was to ensure financial support for the inventive process, take the resulting products to the market through mass production, and spilt the monetary reward with the inventor.

This is why, in my presidential campaign in the 2019 election, I proposed the establishment of a N500 billion (later revised to N1 trillion) initial capital venture capital fund to fund innovation and start-up businesses, to be managed by the private sector.

For an innovation powered economy to rise in Nigeria, we must create a social consensus on innovation. Innovation and its practical applications in society must be popularized, and a specific conscious awareness of it as a prime path to Nigeria’s development built. While there is strong social consensus about internet technology, computers, and mobile telephones with nearly 200 million mobile telephone lines in Nigeria alone, we must build social consensus around the kind of innovation that will drive human development and economic transformation, e.g., in healthcare to combat deadly tropical disease, and in agriculture to increase crop yields, with less acreage, as Israel has done in turning deserts into farmlands.

Q:  We also have an impressive local pool of talented innovators in our country. But we celebrate them and their prototypes only on television or in the pages of newspapers. Little or nothing happens afterwards

Nigeria is particularly suited to create an innovation-led economy because many potential enablers to make this happen already exist. We have natural habitats that offer bountiful raw materials for scientific advance and innovation. In the areas of pharmaceuticals and innovations, we have abundant supplies of natural herbs with healing properties in our ecosystems. Some have already been exploited by the pharmaceutical industry in Western countries.

For us to do the same in Nigeria and drive our own developments, we need a combination of effective public policy, increased research funding from the government and private companies, and a market for the products of innovation. Nigerian researchers have done much work in these areas. For example, researchers have found properties in grapefruit seed that have been traditionally used to control diabetes and obesity in Southwestern Nigeria, and which also act as powerful antioxidants and can treat heart diseases. But research findings often remain at the level of basic science in academic journals, as opposed to applied science, and the absence of social consensus in innovation exists.

We also have an impressive local pool of talented innovators in our country. But we celebrate them and their prototypes only on television or in the pages of newspapers. Little or nothing happens afterwards. These inventors – most of them young university graduates or undergraduates – often lack the confidence to take their inventions forward because they have no knowledge of how patent systems work in the country and live in mortal fear of the loss of their innovation to theft. They have no funding of their own and there exists little of no organized frameworks for matching them to private sector or government funding to mass produce and pipeline their innovations into the market for popular use.

Nigeria has thousands of scientists in the diaspora contributing their skills and know-how to building knowledge economies in Europe, the United States, and Asia. This is one of Nigeria’s great tragedies. Unless and until these brilliant minds return home and are positioned effectively, our hope for a true renaissance will not be fulfilled.

Why is this so even when we have an abundance of local talents? It is because these emigrants have the experience of the organization, teamwork, and management of research and innovation essential to the creation of knowledge economies. It is the combination of the experience and exposure of global standards of these scientists and the local innovators knowledge of the Nigerian environment that will make the takeoff of a technological revolution in Nigeria possible. China, India, and Israel have followed a similar path.

I cannot conclude a discussion on innovation and national development in our country without a brief excursion into history. More than 50 years ago, during Nigeria’s civil war, scientists in the secessionist Republic of Biafra demonstrated a level of innovative ingenuity not witnessed in the African continent ever since. Faced with strangulating blockades and fighting a losing defensive war, necessity became the mother of invention. Science and technology became a central plank of the Biafran struggle for survival, a core part of the short-lived republic’s worldview. Biafra’s famous Research and Production Unit (RAP) innovated numerous marvels, from the use of coconut oil as vehicle fuel to crude but effective rockets, missiles, and bombs.

But in what is clearly a worldview tragedy for Nigeria, the inventions and innovations in Biafra died with the defeat of the secessionist effort and the end of the civil war. No systematic effort appears to have been made immediately after the war to develop and improve on the knowledge, skill and ingenuity that created such innovations by putting the erstwhile Biafran scientists to work for a united Nigeria. Nearly two decades later in 1989, the head of the Biafran RAP, Professor Gordian Ezekwe, was appointed Minister of Science and Technology by military President Ibrahim Babangida, precisely for the reason of the feats Ezekwe and his team performed during the war. The intervention of time, however, and perhaps the absence of a sense of urgency prevalent in a condition of war, might possibly have prevented a re-enactment of a scientific “miracle” for the benefit of Nigeria.

Nigeria, a nation crippled by ineptitude and avarice

How Nigeria can become the new China through manufacturing – Massari