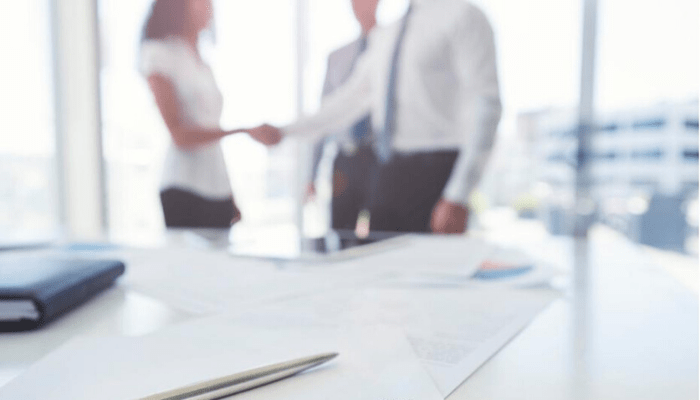 It began as a biological crisis, a new and highly infectious virus which started spreading around the world and subsequently transitioned into an economic crisis. Governments around the world locked down their economies and spent trillions of dollars on rescue packages. That in turn sparked fuels that the debt crisis will worsen, which could affect the global economy for many years to come.

Before the COVID-19 pandemic, the world was already deep in debt. According to the International Monetary Fund (IMF), government debt in developed countries/economies was $US60 trillion before the outbreak, which was approximately 105% of Global GDP however, the IMF estimates that those figures would spike to $US66 trillion at the end of 2020 which would be approximately 122% of Global GDP.

Many developed countries/economies are among the most indebted economies in the world. Emerging and developing countries/economies borrow less as a proportion of their GDP, but emerging markets with weak financial positions such as Nigeria are at a greater risk of defaulting on their debts. They cumulatively currently owe more than $US8.4 trillion in foreign currency debt or about 30% of the developing world’s GDP. This is the 4th (fourth) debt crisis the world has seen in the past 5 decades (1982, 1997, 2008 and 2020). The first 3 (three) caused massive downturns in economies around the world. The World bank now says “this wave could be worse than anything we have ever seen”, at least 102 (a hundred and two) Nations have already asked the IMF for help, that’s over half of the IMF’s membership.

Economists around the world have been inquisitive on this topical issue and have spewed their concerns regarding the crisis with the following questions, “Will the COVID-19 pandemic exacerbate the Global debt crisis and how will it be paid for? Plus is there a way forward? With the amount of debt that is being accumulated with the rise of this pandemic, is there a real possibility that some countries/economies might /might not tank into default”.

One of the consequences of the pandemic has been that governments have been increasing their debts at an alarming rate. As a consequence of direct fiscal measures, they are estimated to see an increase in deficits of around 7% of GDP globally, and that’s concentrated really among developed or advanced economies where the increase is expected to be around 11% of GDP and much lower increases in emerging economies.

In terms of debt stress and default, there’s a difference between the higher-rated emerging economies, the developed economies on the one-hand, versus frontier markets. Emerging economies are losing market access in an environment like this and they have very high external debt payments coming due in coming years.

In 2009, the size of the global debt market was about $80.9 trillion, as with any global financial market, the US dominated making up about 39% of the global market, with the European Union (EU) coming second with about 30% and the Emerging Markets (EM) constituting 5% of the global market while the UK and Japan gobbled up the remaining 21% of the global market cumulatively; 9 (Nine) years later in 2018, the size of that market had increased to $102 trillion and the majority of the growth was in the Emerging Markets (EM) with a relative increase in size of 10% (from 5%-10%) and that came primarily at the cost of the European Union (EU) which shrank as a proportion by 9% (30%-21%). Although almost all of the market commentary we see are about the equity market, it however is smaller than the Global bond market, hence the equity market as at 2018 was about $74.7 trillion while the Global bond market was about $102 trillion

Moody’s Investment service put out a report saying that Non-investment grade Emerging Markets (EM) and frontier market sovereigns are going to face a sharp economic downturn following the coronavirus pandemic with recovery taking 2 years (2022) or beyond. They also stated that recovery will vary widely depending on the various governments’ policy measures and economic resiliency. On the average, they say that growth is going to fall by 7% for Emerging Markets and the Countries/economies which would be particularly hard-hit are the countries which depend on tourism and commodity exports for income. They concluded by rating 76 Emerging Markets (EM) and frontier markets at Ba1 or below with Nigeria inclusive.

The IMF has come up with a similar warning where it shows that for low income developing countries, they expect the interest to tax ratio to increase dramatically by end of 2020. So basically, the cost of paying interest for low income countries is going to absorb a very large proportion of their tax income. Hence, the data impact would be much greater than developed markets where that ratio is much closer to 10% and the 2 countries which they indicated as being problematic are Zambia and Nigeria.

Nigeria’s debt currently stands at $27.67 billion, with $9.69billion from IDA World bank group, $2.6billion from the African Development Bank (ADB) group and the balance being accrued to bilateral debt with China accounting for about $3.17 billion in line with France, Japan, India and Germany; and all these are within the purview of China and G20.

The African Union Economic Social and Cultural Council (AU) made a case for Nigeria, calling for a debt relief or an allowance of a 2 year moratorium on repayment of debts and responses were gotten from the IDA World bank group ($9.69 billion), Germany (N8.9 billion), African Development Bank (ADB) group ($2.6 billion) and subsequent bilateral debt groups. The current economic benefit of this debt relief is premised on the fact that free available fiscal resources that ordinarily would have gone into debt servicing would now be channelled into dealing with the health issues of COVID-19 as well as the current economic challenges that accompany the current global pandemic.

So, while developed markets have taken on a huge amount of debt, they can probably grow their way out of that and reduce their debt to GDP ratios over time. But in emerging markets that could take much longer and that could eventually lead to a sovereign debt default.

Kashifu Inuwa Abdullah in one year, has held the bull of Nigeria’s information…

Address by Engr. Suleiman Adamu, honourable minister of Water Resources on the…

Covid-19 Pandemic and the doctrines of Force Majeure and frustration of Contract:…