Safe sex and Travels: Five things you should know 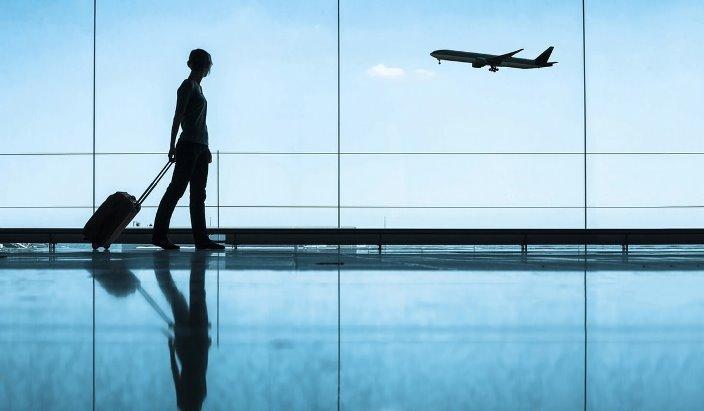 Travellers are important in the spread of diseases including sexually transmitted diseases (STDs). Syphilis was introduced to Europe by Iberian sailors, and the spread of STDs and measles in the Pacific Islands was due to Cook’s sailors. Elsewhere, STDs spread by traders and military expeditions. A more recent example is the spread of fluoroquinolone-resistant Neisseria gonorrhea across national borders.

STDs do not respect geographical boundaries, but unfortunately many travellers believe they are immune to them. What is worse is that some of the diseases do not manifest symptoms early and people go about with them while infected, and that is a huge problem. The disease then gets continually spread to other sexual partners with increasing risk of their associated complications in the infected persons.

Sexually transmitted diseases (STDs) are responsible for a variety of acute and chronic medical problems. These include lower and upper genital tract infections; their complications in women include pelvic inflammatory disease, infertility, ectopic pregnancy, and chronic pelvic pain.

STDs can also cause chronic liver diseases, cancer caused by hepatitis B (HBV) and C infection, genital cancer due to several types of papillomavirus, and AIDS, caused by HIV. The role of several STDs in amplifying the risk of acquisition or transmission of HIV itself is fully recognized, making prevention of infection with STDs a mainstay of HIV-AIDS prevention.

The following are important information the traveller should know as they move around the world:

STD cases are increasing in many countries

The Centers for Disease Control and Prevention (CDC) reports that since 2013 in the United States, gonorrhea cases have increased by 67 percent, syphilis cases by 76 percent , and chlamydia cases by 22 percent . Syphilis cases also increased rapidly in Japan, with 6,096 cases in 2018 compared to 621 in 2010. Countries such as Canada, the United Kingdom, and many others across Europe and Asia have also reported significant increases in these STDs.

The rise in STDs is due in part to more relaxed attitudes towards unprotected sex and reduced condom use. With the ease of international travel, STDs can also spread faster. The most common STDs in returning travellers include chlamydia, gonorrhea, syphilis, herpes, and chancroid.

What are the symptoms of STDs?

STDs can be asymptomatic in both sexes. Though, in men, it can manifest as: pain while urinating, testicular pain, and discharge from the penis or anus. In women: profuse and foul-smelling vagina discharge, lower abdominal pain, bleeding between periods. Both sexes can experience unexplained rash or ulcers on the skin, genitals, or throat.

What do I do if I think I have an STD?

Do not have sex. Talk to your doctor as soon as possible. Get tested for STDs. Be open and honest about your sexual history and travels. Notify your recent sexual partners and encourage them to get tested as they may also be infected. Treating STDs early will prevent more serious and long-term complications and prevent spread to your sexual partners.

You can reduce your risk of STDs

All travellers who have sexual intercourse with a new partner are at risk of acquiring STDs. However, if you do decide to be sexually active while abroad, there are ways you can reduce your risk.

Get pre-travel health advice from a healthcare practitioner before you depart.

Consult your doctor about Hepatitis B and Human Papillomavirus (HPV) vaccination. These are the only STIs that can be prevented by vaccination.

Pack an adequate supply of male and/or female condoms – regardless of whether you intend to have sex or not. The availability and quality of condoms may vary at your destination. Always use a condom with a new partner. Note that condoms will not provide full protection against STIs such as herpes, genital warts, pubic lice, and scabies. However, they do prevent against unwanted pregnancy and other STIs, including HIV. Store condoms correctly and check their expiration date before use.

Limit your sexual partners. Exercise caution when using alcohol or drugs as these can affect your judgement and may increase your risk of unprotected or unwanted sex. Make an appointment with a healthcare practitioner if you have unprotected sexual intercourse or suspect an STD.

You might consider an Implant or IUD contraceptive if you are on a long-term travel. If you do take the pill, set a calendar reminder instead of a clock-based alarm on your phone. That way, you ensure you take the pill same time every day regardless of time variation at your destination. It is advised to have extra of the pills at hand, even if you are traveling to a country where the pill is available over the counter. Endeavour to carry along emergency contraception, should in case your condom bursts!

Remember the worldwide emergency number. It is 112. It is free of charge and it works. Travel healthy, Stay healthy and return healthy!