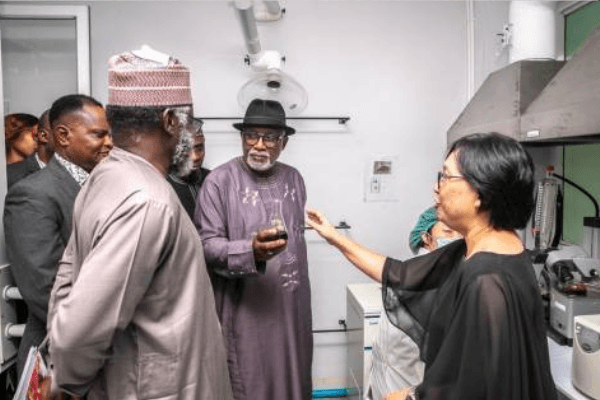 The chairman of the drug law agency, Muhammad Abdallah, also denied reports that he travelled to Thailand with the governor of Ondo State, Rotimi Akeredolu, to learn how to grow the plant. He discolsed that NDLEA destroyed 3,900 hectares of cannabis sativa in Ondo State.

Akeredolu had called on the federal government to seriously consider cannabis as a thriving industry that will create thousands of jobs for Nigerian youths and spur economic diversification.

“We all know that Ondo State is the hot bed of cannabis cultivation in Nigeria. We know how to grow it and it thrives well in the Sunshine State. With an estimated value of $145 Billion in 2025, we would be shortchanging ourselves if we failed t tap into the Legal Marijuana Market,” he said.

However, the NDLEA boss said that why he was in Thailand was to understudy how the country has successfully migrated some of her citizens hitherto engaged in illicit plant cultivation to the cultivation of legitimate economic crops and other lawful businesses.

“At no point did I make any remark in favour of the commercial medicinal value or monetray gain of cannabis,” he said in a statement.