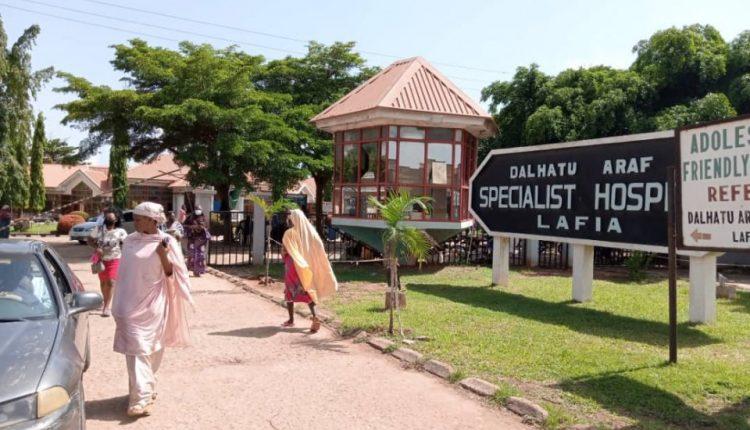 As part of its commitment to address shortage of manpower, training of medical personnel as well as to strengthen the healthcare system in the state, the Nasarawa State government has converted Dalhatu Araf Specialist Hospital (DASH), Lafia, to teaching hospital.

The government also formally handed the hospital over to the Federal University, Lafia (FULAFIA) as a citadel for those willing to study medicine at the university’s medical college.

Also donated to the FULAFIA was a N1.2 billion 160-bed capacity hospital aimed at boosting the institution’s human capital development.

This was in fulfilment of the state government desire to encourage indigenes of the state to study medicine and other related courses therein.

Nasarawa State Governor, Abdullahi Sule, stated this while handing over DASH to FULafia to forthwith serve as teaching ground to its newly admitted into the school.

Sule specifically appealed to the management of the university to reserve 50 percent of its admission to indigenes into the school of medicine.

The governor who commended the effort of his predecessor, Senator Umaru Tanko Almakura for initiating the idea, called on the host community to embrace the development, and to ensure its safety for the overall benefit of the people of the state.

According to him, the edifice was part of Government support towards the establishment of the college, which is expected to serve as the Teaching Hospital for students gaining admission to study medicine and training ground for personnel in the field.

“This is in tandem with the determination of our Administration to prioritize and strengthen the health care system of the State, considering the fact that the achievement of an industrialized State is contingent upon a healthy population”, he said.

He further reiterated government continue support to the University in the training of medical personnel who will handle issue of healthcare delivery.

“It is obvious that there is a general shortage of human resource for the health sector in the country and particularly in Nasarawa State, hence the establishment of the Medical School by the Federal University will serve as a necessary encouragement to our teeming youths to take up the Medical Vocation.

“As a reciprocal gesture, I appeal to the University to encourage our citizens by reserving at least 50% of its Medical School admissions to qualified indigenes of the Nasarawa State.

“I belief, this will go a long way in meeting the personal needs of our health institutions. We also enjoin the University to perform its Cooperate Social Responsibilities (CSR) to the State,” Governor Sule explained .

Earlier, the Vice Chancellor, FULafia, Muhammad Sanusi Liman, said that the facility donated by the state government would remain indelible in the annals of the institution.

While highlighting the numerous contributions of the State Government since establishment of FULAFIA to the school of medical, he announced that the institution would commence the process of admitting students into MBBS, radiography, nursing, MLS, anatomy, physiology and others.

Sanusi however assured the Governor that Nasarawa State will get more than 50 percent of the admissions.