Miscarriage can only delay, not end your chances of parenting 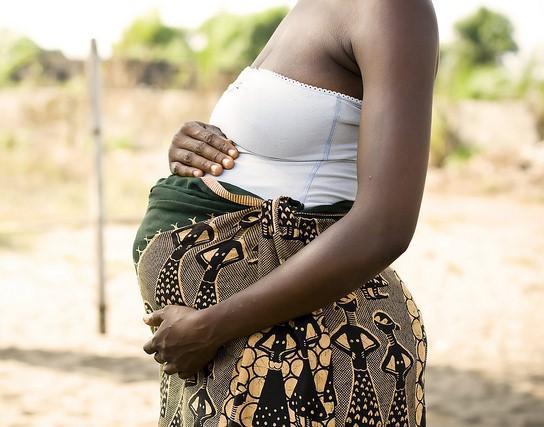 If you had a miscarriage recently and you’re trying again, but for whatever reason, you can’t get pregnant again it is normal for you to be worried. When you have been attempting to conceive, a miscarriage can be a tragic setback and more of a problem if you discover that you are finding it difficult to conceive againafterwards.

Miscarriage is usually a one-time occurrence. Most women who miscarry go on to have healthy pregnancies after miscarriage and a small number of women will have repeated miscarriages. While most couples are likely to get pregnant again within a year after one miscarriage, those still having trouble are best advised to visit a fertility specialist.

Miscarriage is the spontaneous loss of a pregnancy before the 20th week. Many miscarriages occur because the unborn baby isn’t developing normally. It could be a genetic problem as it is the case in about 50 percent of early pregnancy losses.

Sometimes a health condition, such as poorly controlled diabetes or a uterine problem, might lead to miscarriage. Often, however, the cause of miscarriage isn’t known. Up to 20 percent of known pregnancies end in miscarriage, but the total number of actual miscarriages is probably higher because many women miscarry before they even know that they’re pregnant.

For whatever reason, if, unfortunately, you got a miscarriage and you’re trying again, and it’s been a while and you can’t get pregnant again, it is not as unusual as it may seem. This is o because the rate of miscarriage in healthy couples under 35 is about 15 percent at the very best.

The point is that sometimes, a miscarriage is a sign of an underlying problem that’s getting worse, and in fact, it’s also true for sperm problems. If your man has abnormal sperm, it can make you to have more miscarriages, and in the process, the abnormality gets worse. So if it was abnormal when you had a miscarriage, and now it’s really abnormal, you’re not getting pregnant.

Sometimes the treatment for a miscarriage could cause further complications. Assuming that you miscarried, and passed some tissue that you didn’t expelled completely, it might cause a little infection in your uterus. If a D&C is done and in the process some scarring occurs, you could get a scarred uterus. This could be the cause of your inability to get pregnant second time around.

You might worry about getting pregnant after miscarriage, but losing a baby shouldn’t affect your future fertility. Here’s everything you need to know about conceiving after miscarriage. If you’ve had one miscarriage, your chance of having a successful pregnancy isn’t any different from anybody else’s. Once you’re able to create an embryo, odds are that you’ll carry another one to term in the future.

The most important thing: always ask your doctor when you should try to conceive again. Every miscarriage is different, and your doctor can advise you on personal health. It’s unclear whether fertility increases after a miscarriage but up to 70percent conceive within three months of miscarriage. In reality, the odds of a successful, healthy pregnancy after miscarriage are definitely in your favour.Of course, getting the green light for sex after miscarriage physically doesn’t mean you’re actually up for it mentally.

Attitude, positive thinking, receiving the correct information about your previous miscarriage, knowing your possibilities are all part of the package. If your last pregnancy ended in a loss, you may find yourself feeling overwhelmed with anxiety. It’s also natural to rein in your excitement about having another baby after you’ve suffered a loss. You might do this in order to protect yourself, hoping to lessen your grief if you miscarry again.

Try leaning on family, friends, and health-care providers for extra support—and realize that your partner might need additional attention too. And remember: the odds are in your favor that your next pregnancy will go smoothly! Often, there’s nothing you can do to prevent a miscarriage. However, making healthy lifestyle choices is important for you and your baby. Take a daily prenatal vitamin or folic acid supplement, ideally beginning a few months before conception. During pregnancy, limit caffeine and avoid drinking alcohol, smoking and using illicit drugs.

Once you become pregnant again after miscarriage, you’ll likely feel joyful — as well as anxious. While becoming pregnant again can be a healing experience, anxiety and depression could continue even after the birth of a healthy child.