It was the third Monday in June and thick puffs of smoke had filled the air, oozing out of small crowds of mostly young men. Groups of gamblers hoping for ‘the big win’ clustered around tables, even as other customers were dropping by for a ‘wake and brake’ session with varying drugs. The drug dealers themselves were also beginning to put their goods on display, from cannabis to loud, tramadol, and methamphetamine among others. Food vendors were also set for the day; and it was a full complement of all things, both good and bad.

These activities wake the soul of Elegba street in Idi-Oro, Mushin and its environs, otherwise known as ‘Akala’, one of the biggest illicit drug dens feeding the mass distribution networks in Lagos state.

Compared with three years ago, it has evolved from random buildings with verandas flanked by bold, unbothered drug users, into the site of some real estate investments. Two distinct and new buildings sitting on the stretch of Elegba are Thiago Hotels & Suites and De-West Castle Hotels & Suites Ltd. There may be a gradual gentrification, quite alright, but the drug peddlers remain a part of the scenery.

A few plots away from one of the hotels, Michael, a young man with a degree in sociology from the Lagos State University sat under one of the makeshift tents, observing with a reserved posture behind two boisterous men who identified as Samad and Burna, whose name is tattooed boldly on his chest and is very excited about drugs. 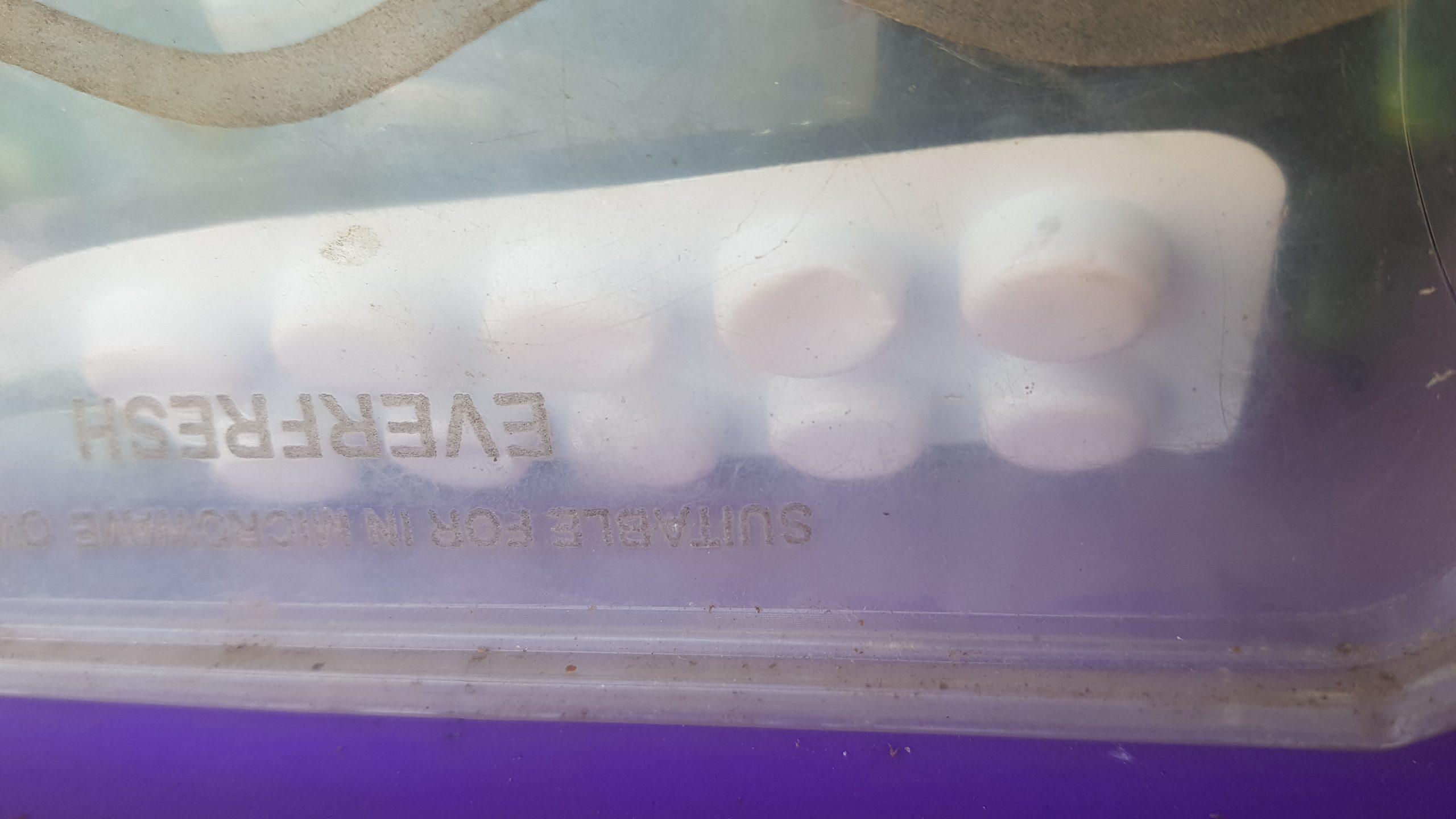 Samad is barely educated but exposed by street standards. His stock in trade is to offer what he calls ‘highness’ through narcotics and other hard drugs. His available goods that day were worth over N60,000. He claims to help people escape from unwanted realities to one that provides fleeting pleasure to the brain nerves. But this comes at huge health and social cost.

To him, the pervading drug patronage that has trapped millions of Nigerian youths in a cycle of abuse and addiction is ‘good business’, but not for the users held captive through their broken minds. He has seen successful drug lords grow their wealth and acquire investments such as the new buildings springing up around him.

Some of his models have achieved fame in entertainment, politics, and the security forces. All he sees in the abuse of drugs by more than 14.3 million youths as estimated by the National Drug Law Enforcement Agency (NDLEA), is a huge market that keeps people like him in a form of employment, not the behavioural damage or economic loss that accrues from the incapacitation of addicts.

“This is my job and this is how I feed. If people quit drugs like many of you say, what will we eat? What will I do?” he said, making gestures with his face.

Michael’s eyes lit up from his quiet zone, smiling excitedly as he listed the stress-relieving benefits that drugs have to offer under the economic hardship of a country with an unemployment rate of 33 percent and inflation biting hard.

He was born and raised in Idi-Oro among drug peddlers and abusers. He boasts of exposure to the good, bad and ugly side of drug use, which shapes his decision of what variants of drugs to use. He’s convinced that addiction is a matter of choice, and that the government should, in fact, legalise the use of cannabis and invest more in regulating usage, rather than exerting efforts on busting thriving drug markets, while destroying and allegedly looting properties in the process. 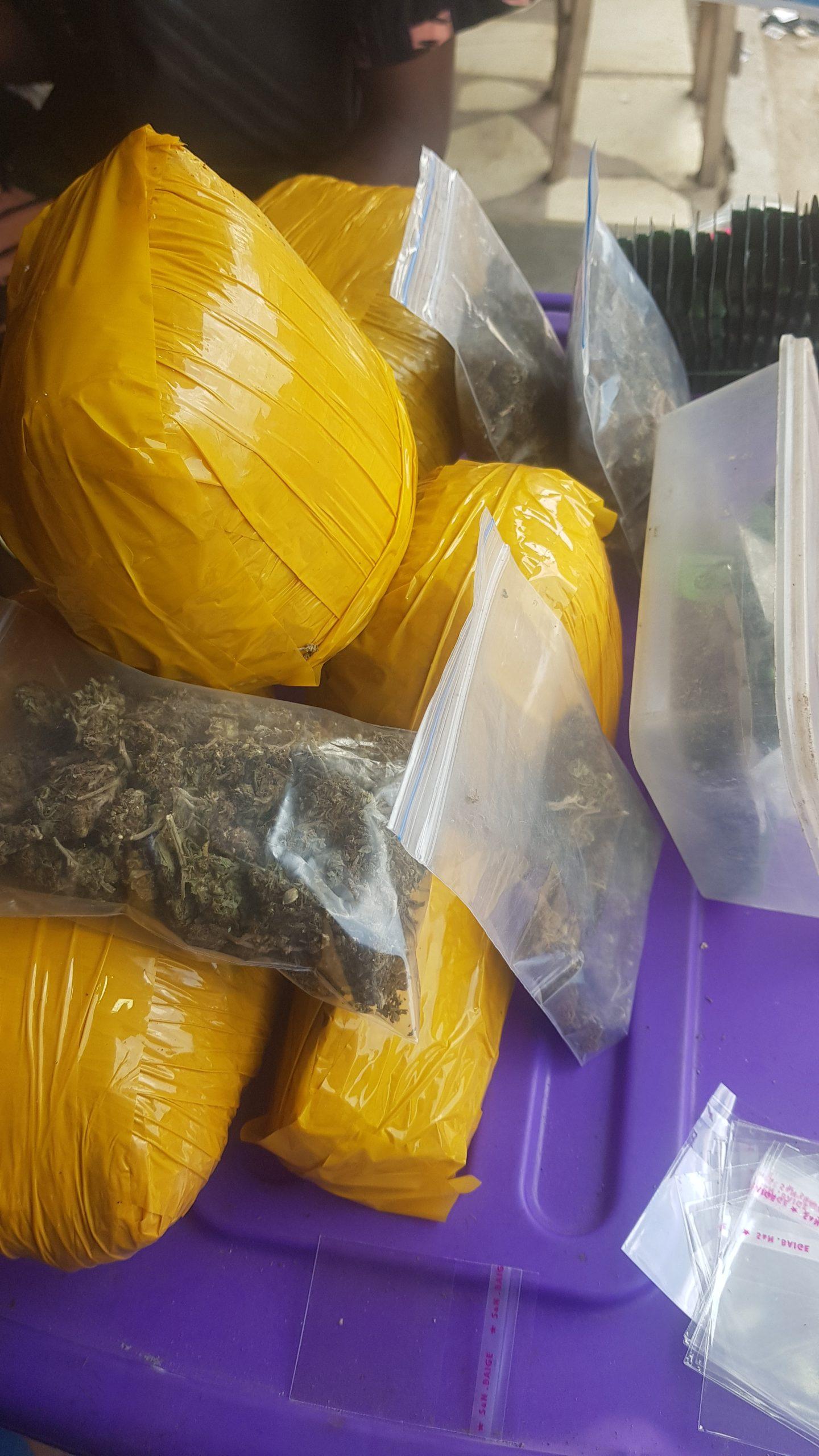 “Not everyone has fixed lives on a fixed income. People come to the Ghetto to forget their pain and this is a business worth millions in dollars for some people. So why is the government attacking it?” Michael said.

The drug market, known for its notoriety, has been under NDLEA’s radar, unsettling the community with raids, arrests, and confiscations. The agency in a morning raid last February confiscated 3,727.72kg of Cannabis, Loud, Skunk, and Methamphetamine in Akala, with 17 suspects including five females arrested. Police patrols are also frequent in the area. 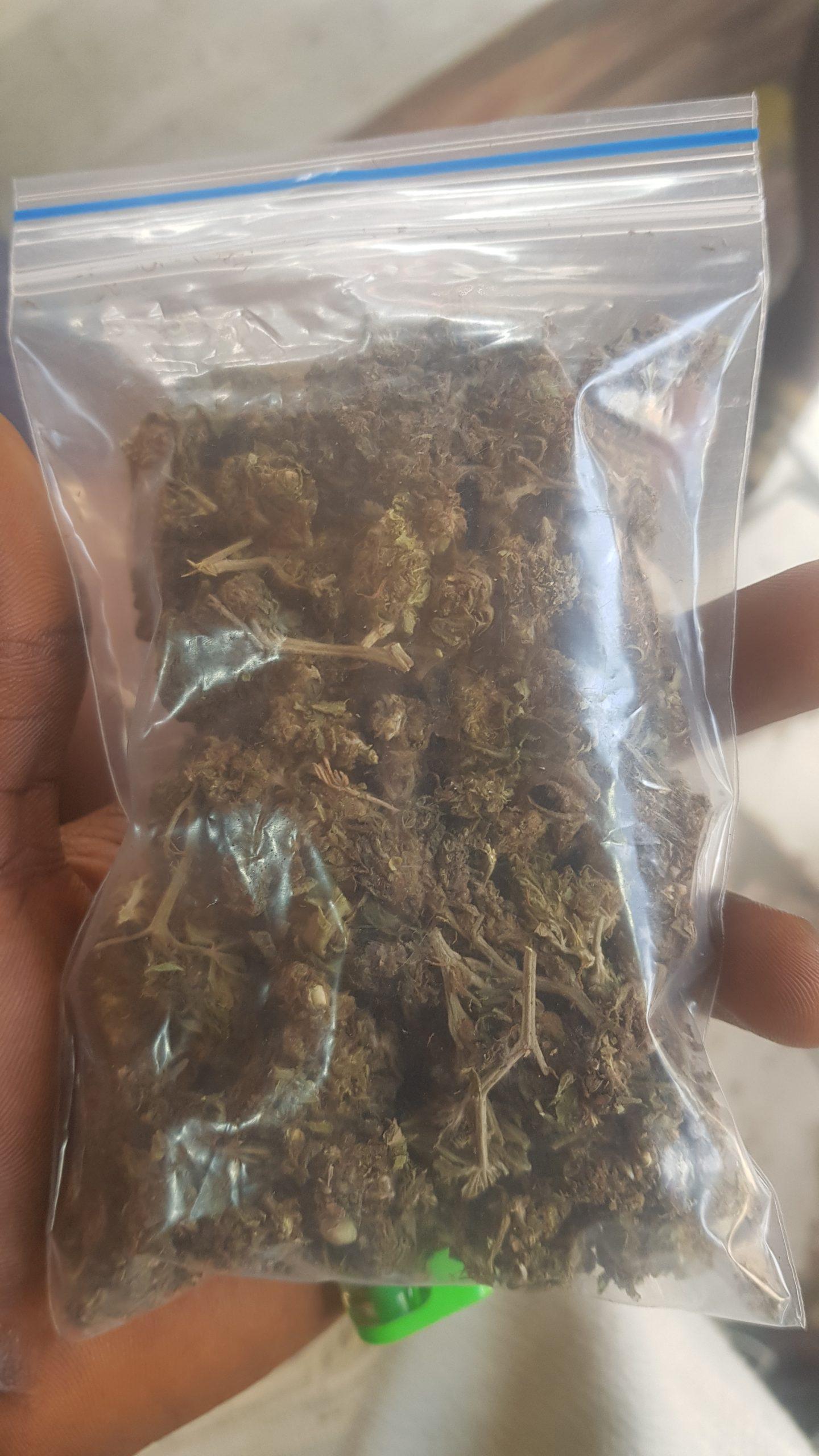 However, the pressure has neither curbed the daylight display of drugs on the street nor the large-scale supply across Lagos that is coordinated from the area.

Convictions about drugs being a necessity to escape the realities of living in Nigeria, such as those of Samad, Burna, and Michael are rife among Nigerian youths, fuelling demand for drugs and enriching peddlers. But the implications are as dire as the slogan of the NDLEA: “Drugs End All Dreams”.

Olanrewaju Sodehinde, assistant director of Clinical Psychology at the Neuropsychiatric Hospital, Aro, Abeokuta, Ogun said substance use runs at an epidemic scale in the country, with many recruited as addicts through high dependence.

It has led to a lot of health-related disorders, causing brain damage, loss of memory, blackout, poor vision, slurred speech, anaemia, hepatitis, liver problem, and tuberculosis among others.

Addicts whose families are exposed enough to seek clinical care at health facilities often present with cognition problems, lack of concentration, undue irritability, impulsivity, sleep disorders, and appetite. Others are at risk of self-harm or suicidal behaviours.

The pervading drug patronage that has trapped millions of Nigerian youths in a cycle of abuse and addiction is ‘good business’, but not for users held captive through their broken mind

The International Day against Drug Abuse and Illicit Trafficking, or World Drug Day, is marked on June 26 yearly, to strengthen action and cooperation in achieving the goal of a world free of drug abuse.

According to the United Nations Office of Drugs and Crime (UNODC) in 2014, an estimated 247 million people between the ages of 16 to 64 agree they use drugs, and out of that, about 12 million use injections. That figure grew to 271 million in 2017.

In Nigeria, the use of drugs has exceeded about 14.3 million people, who are between the ages of 15 and 54 years. And one out of 5 who have used drugs also has drug use disorders.

Buba Marwa, chief executive officer of NDLEA, while speaking during the 2022 edition of the Anti-Substance Abuse Programme (ASAP) co-convened with MTN Nigeria said the rate of drug abuse among Nigerian youths is shooting through the roof, endangering the productive potential of a vast youthful population needed to drive a more vibrant economy.

Unfortunately, the country is unprepared for this epidemic as a shortage of specialists and facilities threatens the capacity for adequate treatment.

Psychiatrists in Nigeria are less than 150 as many of them have been lost to advanced countries in the large migration of skilled health workers, Sodeinde explained.

“The treatment of drug abuse is a team approach made up of psychiatrists, psychologists, nurses, and also social workers. But you will see that there is an exodus of health workers outside the country. A lot of people are travelling now because of the poor incentives. The people we see today are already on the way out,” he said.

Non-government organisations such as the Freedom Foundation try to help with rehabilitation services with customised treatment plans that come at a subsidised rate.

Emmanuel Etim, communications manager at the foundation said most victims of drug abuse come from poor settings and often cannot afford treatment costs that sometimes run into millions of naira. More than 100 clients have been supported with its services but the growing challenge only implies that efforts such as this only mark a drop in the ocean.

In Lagos, the Drug Addiction Unit of the Federal Neuro-Psychiatric Hospital, Yaba can only treat 400 complex cases of in-patients and 20,800 out-patients yearly. Half of these patients suffer drug-related problems and 90 percent of them are youths.

Experts urge that while the government invests in efforts to burst large supply chains for drugs and expose the ring leaders, more should be done to support the rehabilitation capacity of the country. They also call for increased advocacy on awareness of the dangers of drug abuse and reorientation of dangerous convictions that keep peddlers in business.