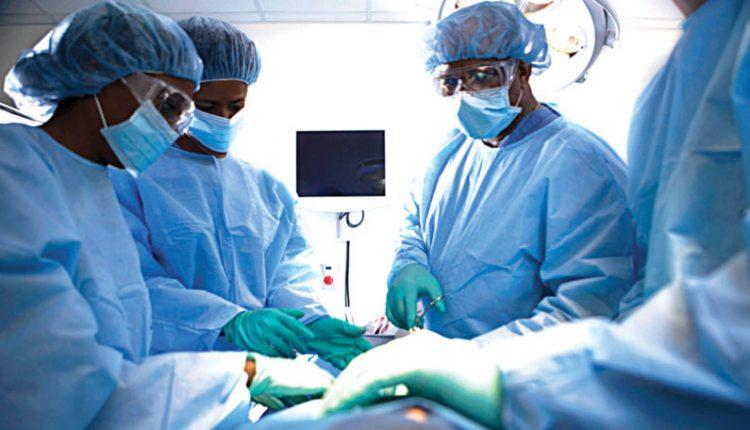 The Federal Government has again warned that the ongoing 7-day warning strike by the Joint Health Sector Union (JOHESU), the umbrella body of health workers in the country, could jeopardise the lives of patients at the various medical facilities across the country.

The union said it is going on strike to press home their demands, which include structural and infrastructural decay in the nation’s health sector, the review of the implementation of COVID-19 special inducement and hazard allowance among others.

Secretary of the Government of the Federation (SGF) and Chairman of the Presidential Task Force (PTF) on Covid-19- Boss Mustapha gave this warning while making his remarks during the PTF briefing on Monday, in Abuja stressing that the strike was “rather unfortunate and capable of reducing our gains and endangering more loss of lives.”

The PTF chair also called on Nigerians to make more commitment to eliminate the Covid-19 completely from the country by abiding by the prescribed protocols, adding that the country is yet to flatten the curve of the virus.

Also speaking, Osagie Ehanire, Minister of health appealed to the JOHESU to call off their strike, to avoid the risks to lives of citizens, especially as the country us battling the COVID-19 pandemic.

The minister, said while it was gratifying that the National Association of Resident Doctors has called off their strike, it was rather unhelpful that JOJESU has begun theirs, as their grievances can be resolved through negotiations.

“Nigeria needs the service of all her health workers, to control COVID-19 spread. Issues around allowances are multisectoral and have always been solved with negotiations, no matter how long it took.

“I acknowledge the commitment of health workers who continue to man the frontlines in the fight against this disease and use this opportunity to appeal to JOHESU to suspend their industrial action, not to erode gains we have since made in health care delivery”, the minister said.

Ehanire assured that the Federal Ministry of Health is doing all within its power to expedite processes that address the bones of contention.

The minister reiterated that the declining positivity rate every day does not mean that Nigeria is finally halting the spread. He revealed that some states have not sustained the testing rate that would give government more assurance, that it is finally halting spread of the virus.

“Only 13 States, for example, reported their figures in the past 24 hours. This can be better. Until all parts of the country can sustain a certain testing rate, it would seem presumptuous to conclude that we are flattening the curve.

“In the words of Tedros Ghebreyesus, the Director General of the World Health Organization (WHO), we are not safe until everyone is safe,” he said even as he again called on state governments to ramp up their testing momentum.

He also advised intending travelers to and out of Nigeria to acquaint themselves with the regulations and Provisional Quarantine Protocol.

“Our primary concern is to limit the risk of importation of COVID-19 virus to our country, especially with increasing flights to Nigeria, and for this purpose, we have remained vigilant.

“Our Health system should not be overwhelmed by new imports, even as we struggle to contain the epidemic in country”, Ehanire said.

He noted that there are no reliable new therapeutics available and vaccines are up to one year away.

“There is no doubt that the economy needs to be reopened for business and commerce to resume. To compensate for the risks this may bring, we all need to follow the preventive advisories. That is our individual contribution”, the minister said.

Meanwhile the federal government has said all airports in Nigeria are now open for domestic flight, noting that private charter operators will no longer need approval to operate domestically in all government approved airports and all government own airports.

The Minister of Aviation, Hadi Sirika, who disclosed this, however, noted that the safety status of approved private airports should be checked with the Nigeria Civil Aviation, Authority,( NCAA). These Airports include those in Jalingo, Oyo, Asaba, Gombe, Nasarawa, Damaturu among others.

Sirika also stressed that all flights out of the country that are private chartered would still need approval including their technical staff.

In the similar development, the Nigeria Centre for Disease Control (NCDC) has appealed for the cooperation of all returning travellers in adhering to the COVID-19 protocols to ensure that no positive case is imported into the country.

The Head of Department, Surveillance and Epidemiology Department of NCDC, Elsie Ilori, reiterated the need for travellers to self isolate for at least seven days and get tested for a second time in country.

“As international flights resume we do not want to see an influx of imported cases, so it’s important that we maintain the gains that we have achieved so far.

“We need the cooperation of all returning passengers and their adherence to protocols that have been put in place,” she said.

Ilori reminded that the NCDC has updated the self isolation guideline to reflect the current protocol for returning travellers.

“For every passenger that comes into the country, you must self isolate for at least seven days. This means strictly staying at home or an identified accommodation away from the general public.

“On the seventh day of isolation you must present at a designated sample collection centre for your sample to be collected for test. If you test positive, you will be treated based on the national care management guidelines, if you test negative, you can rejoin society.

“So, we urge all incoming passengers to take responsibility and support efforts being made to halt the spread of COVID-19”, she said.

She also advised all returning travellers to adhere to all the preventive measures and non- pharmaceutical interventions against the virus.