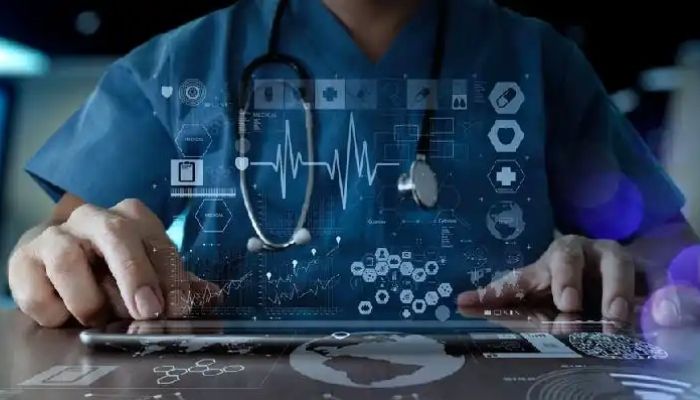 Some investors in Nigeria’s healthcare industry are looking to high and advanced medical technology to attract big-ticket patients with a penchant for shopping specialised care abroad.

They are combining the latest medical equipment with the expertise of highly skilled health consultants to upgrade the quality of care available locally, particularly in areas such as reproductive care.

Projections by the United Nations International Children’s Emergency Fund (UNICEF) show that Nigeria could become the second most populous country in the world by 2100, with 791 million people. Africa’s population is expected to grow by 86 percent from 1.3 billion in 2020 to 2.5 billion by 2050 and Nigeria is estimated to lead the largest part of that growth.

Despite this, a significant group of Nigerians faces reproductive challenges that health entrepreneurs now find opportunities to solve.

One Wellness Centre, an affiliate of Fetal Medicine Foundation in Belgium has made a new investment in assisted reproductive technologies that widen access to precise fertility investigations, treatments, and customised procedures for obstetrics and gynaecology.

The centre aims to ease the fears and concerns that typically accompany reproductive investigations from the first consultation to post-procedure care.

Chibuki Aigbe, practice manager of the centre said the feasibility study conducted on the local reproductive market revealed that out of approximately 30 specialised fertility facilities in the country, just one had the latest technology.

The organisation also found that for most, the success rate ranged between 30 to 40 percent, which with its investment in expertise and technology could push to about 60 percent.

These pieces of equipment include micro-manipulator, incubators, and 3D and 4D antenatal screening machines. It has the capacity to perform procedures such as ovarian rejuvenation, anaesthesia-free hysteroscopy, assisted hatching, In Vitro Fertilisation (IVF), colposcopy, intra-cytoplasmic sperm injection, intra-uterine insemination, and egg and sperm storage among others.

“We have had to go many steps further than what the best in the market had to offer. We have invested heavily in technology and personnel to offer bespoke and well-tailored management protocols. We want to curb medical tourism and let people the procedure is cheaper here than abroad,” Aigbe said. Speaking during the official unveiling of the centre in Lagos.

For investors like One Wellness Centre, the reproductive care market has huge potential for minimizing the capital flight that occurs through medical tourism overseas.

It is believed that if specialised care providers can provide the quality of services and expertise that matches the standards sought in destinations such as the United Kingdom, India and Saudi Arabia among others, high-end patients can spend money in Nigeria instead.

In his 15-year career specialising in orthopedic practice, John Ogedengbe, an orthopedic surgeon said his experience shows that the major challenge with curbing medical tourism stems from a lack of high-quality service and expertise, not the dearth of financing.

He noted that it helps investors to retain clients when people see that the outcome is just as is obtainable anywhere else in the world and the quality is right.

However, downplaying the case for affordability in the provision of costly but widely needed medical interventions became a point of contention for other care providers who insist that unlocking the major market for reproductive care resides with over 82 million poor Nigerians.

For instance, Olasupo Orimogunje, head of the Obstetrics and Gynaecology department at Evercare Hospital, Lekki, raised concerns that the country has millions who cannot even afford even 10 percent of what these procedures cost, despite having the highest need for them.

Throwing in the public sector perspective, Khadijat Hassan consultant obstetrician and gynaecologist, Maternal and Child Centre, Eti-Osa said more than 50 percent of the women seen at the clinic present with infertility issues, with 30 percent requiring these services.

She explained that a silent and common cause among the poor is vagina infection which is often treated at a suboptimal level, without the intervention of a fertility specialist. This eventually leads to tube blockage, paring the chances of conception.

“The majority of people who really need these are in the poor communities and do not have access to the financing required. There has to be collaboration on financing. If it is in the range of N200, 000, most of them can afford it even if it is to go the thrift way,” Hassan explained.

“But when you tell them the treatment will be in millions, they leave you and go to herbalists who will continue to deceive them. Some of them sustain a lot of psychological and physical injuries in the course of getting pregnant.”

Reacting, Aigbe said the organisation has arrangements such as discounted IVF procedures and fertility investigations to alleviate the cost burden of the poor.

It also has partnerships with some financial institutions to offer low-interest credit facilities to such people.