Finding your fertile window when you’re trying to conceive 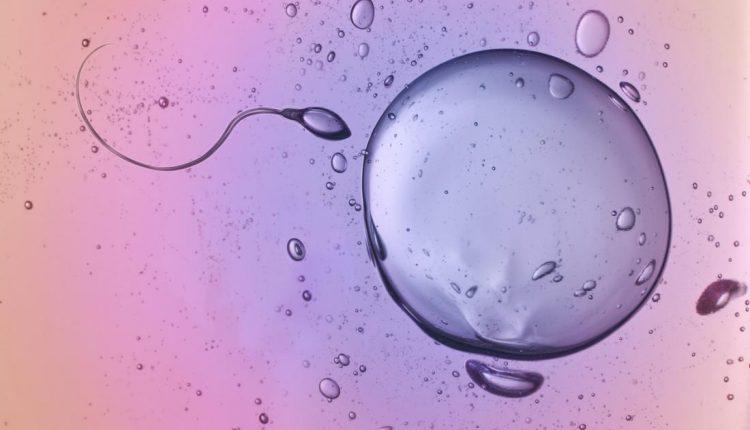 One important piece in the jigsaw puzzle of your chances of conception is known as the fertile window. Every couple that is trying to conceive must know that a woman is most likely to get pregnant during her fertile window which is a six-day span each month when she is most likely to get pregnant. This includes the day of ovulation and the five days leading up to it. If you want to know how to find your fertile window and increase your odds of successful conception, read on.

During ovulation, an egg is released from one of your ovaries and travels down into the fallopian tube. It survives in the reproductive tract for 12-24 hours. Conception can occur if sperm is available to fertilize the egg during this period; otherwise, the egg sheds with the uterine lining during menstruation.

There are clues that your body is baby-ready, but you may have to look for them. If you are getting your periods every 24 to 35 days, then you are probably ovulating normally. A regular cycle is one of the clearest signs that your hormones are working properly and releasing an egg each month.

You may not know it but your chances of getting pregnant are highest within 24 hours of ovulation and one day beforehand. But conception is also possible if you have sex in the five days leading up to ovulation. The explanation for this development is simple. It’s because sperm can survive in your reproductive tract for up to five days, meaning that if you had sex on a Monday, for instance, and ovulate on Friday, you can become pregnant because even 5-day-old sperm can still fertilize a newly released egg.

An effective way to calculate your fertile window is through tracking. When trying to predict the fertile window and ovulation, it’s important to determine cycle length by creating a menstrual diary. Start by tracking your menstruation for a few months using a paper journal or mobile app, then look at the data to determine your average cycle length.

Aside from cycle length and predictability, being able to detect your body’s subtle clues that ovulation is actually occurring each cycle is a good sign. In addition, knowing the exact window of time when you ovulate is the best way to time your baby-making sex to boost your pregnancy odds.

The first day of your menstrual period is considered day 1 of the cycle, and ovulation usually happens about 14 days before your next period is due. For example, if the interval between your periods is 28 days, ovulation predictably will occur on day 14.

Alternatively, if your cycle length is 30 days, expect ovulation on day 16 of the cycle. Since you are most likely to conceive on the day of ovulation and the five days before it, your fertile window in this instance would be days 9-14 and days 11-16, respectively.

Ovulation predictor kits use a urine test to identify the fertile window. They work by monitoring the luteinizing hormone (LH), which surges roughly 36 hours before ovulation. You should plan to have intercourse shortly after detecting this surge.

Another method is the monitoring of cervical mucus. During the fertile window, cervical mucus increases in volume, and it tends to be clearer and slippery compared to other times of the cycle. If you notice your mucus looking slimy and thick (almost like egg whites) there’s a good chance you’re ovulating.

A woman’s resting body temperature rises during ovulation by at least two-tenths of a degree. Taking your basal body temperature first thing in the morning with a special thermometer can help monitor ovulation. This method only detects ovulation after it has already occurred, so it is often recommended to help confirm ovulation or to enable you to gain a sense of your average ovulation day.

If you are having fertility issues, your doctor can take a sample of your blood to check your progesterone levels, which can confirm ovulation. A pelvic ultrasound can be used to monitor ovulation.

The bottom line is that the best way to conceive is through regular intercourse, so it is advisable to aim to have sex every 1-2 days during your fertile window. Keep in mind, however, that conception probably won’t happen right away. Even if the timing is perfect and there are no other diagnoses at play, the chance of pregnancy per month is about 25 percent for even the healthiest young women (under the age of 30) and drops to less than 5 percent by the time you get into your 40s.

It would help you to be aware that if your typical menstrual cycle isn’t between 21-35 days, you might not ovulate regularly. Couples may be infertile if they’ve not conceived after one year of trying (or after 6 months of trying if you are over 35). In this case, consider visiting a Gynecologist and infertility specialist because many factors could be at play. Some are related to lifestyle and may be modifiable, but in other cases, medication and even surgery may be required to induce ovulation.

Your weight also counts in the baby-making equation, weighing too much or too little can make you more likely to have fertility problems. This is not to say heavy or thin women do get pregnant, on the contrary they do, all the time. If you are overweight or obese, excess body fat can disrupt the delicate balance of hormones needed for ovulation and helping a new embryo develop and thrive into a healthy pregnancy. On the flip side, if you are having too little body fat, you may have difficulty getting pregnant because your body is conserving energy to keep the rest of you functioning properly; this can shut down your ovulation.

Ultimately, having a normal menstrual cycle is the most important clue that you’re fertile, regardless of what you weigh. But losing or gaining weight to reach a healthy Body Mass Index (ideally 20-24) before you start trying to get pregnant is a smart move when done in a healthy way and will help you have a healthier pregnancy and in to postpartum period too.