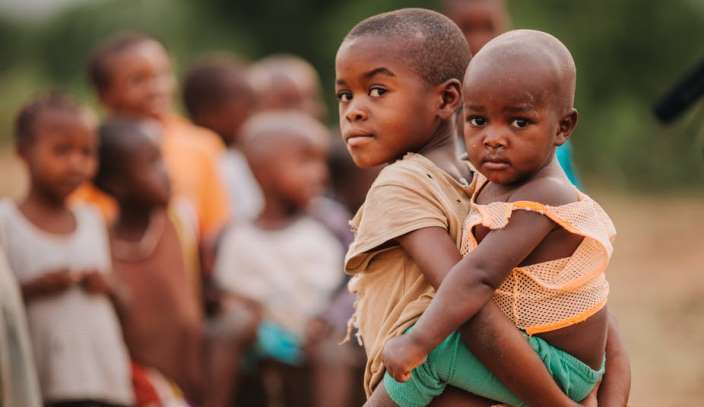 Experts say that the nutritional status of mothers had not received adequate attention in the equation and that what is most important to preventing and breaking the cycle of malnutrition is putting women’s empowerment and gender equity at the center of strategy.

In spite of the fact that the first 1,000 days of a child’s life offers a unique window of opportunity for preventing under-nutrition and its consequences, many Nigerian mothers are not empowered to break the vicious cycle of malnutrition.

According to UNICEF, an estimated two million children in Nigeria suffer from severe malnutrition and it’s the underlying cause of 45 per cent of all deaths of under-five children.

More also, 7 percent of women of childbearing age in the country suffer from acute malnutrition even as studies show that 10-20 percent of Nigerian women are undernourished.

The impact of malnutrition is more profound. Nutrition experts speaking during the 3rd series Protein Challenge webinar tagged: “Empowering Women to Break the Cycle of Malnutrition in Nigeria: Reduce malnutrition, Underweight and Hunger.” outlined some of the lifelong consequences of under nutrition and over nutrition.

Ibiyemi Olayiwola, professor of Human Nutrition at the Federal University of Agriculture, Abeokuta, said malnutrition has become a pandemic in Nigeria and anyone can be affected at any time irrespective of age or gender.

According to her, without appropriate care, malnutrition could lead to different illnesses.“You may have immunity for many conditions but not for malnutrition. If your nutrition is bad, there will be a problem of under nutrition and over nutrition.”

Olayiwola said malnutrition starts even before a woman conceives if she is not empowered to take in adequate nutritious foods.

“If you have a child that is already malnourished from birth, that cycle may continue,” she noted.

Citing the UNICEF framework for malnutrition, Olayiwola said there are short term consequences which can lead to many problems like a child falling sick because he or she lacks some nutrients without parents knowing.

“Good nutrition helps in poverty reduction, improved national economic performance and nutrition. When women are economically empowered, it advances the health, education and economic security of their family and women and girls live a life free from violence. Women empowerment benefits the nation, especially in the nutritional status of all Nigerians.

“Peace and security and humanitarian action are shaped by women’s leadership and participation.

More than 350,000 women die from preventable complications related to pregnancy and childbirth each year according to the UN.

Indeed empowerment of women is necessary where there is inequality in access to resources, because power has been gendered in Nigeria.

“In Nigeria, there is over-concentration of power in the hands of men,” she noted.

Adepeju Adeniran, a clinical physician and public health expert noted that Africans generally fail to fortify their diets because they are farmers.

Adeniran opined that cultures that do not priorities protein intake in their diet exhibit global stunting and inability to reach their growth potential and lack of resistance to some diseases.

In her presentation: “The Role of The Maternal Home Maker in delivering Domestic Nutrition Policies”, she explained the importance of protein for proper growth and development.

“Protein malnutrition manifests in the age groups differently. In children under-5, mild cases can show up as an increased propensity to infections, abnormalities in skin and eye health, poor hair development while more extreme conditions include conditions such as kwashiorkor and marasmus.

“Protein Energy Malnutrition in children has also been linked to a higher risk of non-communicable diseases in adulthood.

She added that even though the role of proteins as the building blocks of the immune system is underrated, practically all systems involved in the immune response are dependent on this.

Adeniran argued that a diet that is poor in essential proteins increases the risk of being susceptible to viral and bacterial infections.