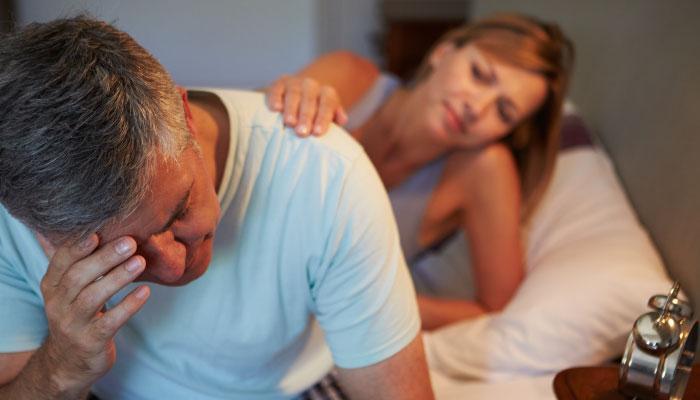 Truth be told, many of us refuse to accept, or even discuss the issue of impotence among adult Nigerian men, out of fear of stigma or on religious ground. But the rise in the incident is alarming, no thanks to the so-called modern lifestyle. According to Dr. Sam Asomugha, a medical expert, weak erection is also related to common complaints such as lack of the desire for sex, inability to achieve and sustain erection as well as early ejaculation.

Apart from age, frequent use of drugs recommended for HBP; to relieve depression, catarrh, cancer, to induce sleep, to treat stomach/duodenal ulcers, steroids and the chemical contents of tobacco could prove disastrous.

What Is Erectile Dysfunction?

According to Heidi Godman, as reported in Medically Reviewed on March 14, 2014 by George Krucik, an erection involves the brain, nerves, hormones, muscles, and circulatory system. These systems work together to fill the erectile tissue in the penis with blood. A man with erectile dysfunction (ED) has trouble getting or maintaining an erection for sexual intercourse. Some men with ED are completely unable to get an erection, while others have trouble maintaining an erection for more than a short time.

While ED may be embarrassing to discuss, a conversation with a doctor can lead to a proper diagnosis and treatment for young men.

A study in the July 2013 Journal of Sexual Medicine suggests that ED is more common among younger men than previously thought. Researchers found that ED affected 26 percent of adult men under 40. Almost half of these men suffered from severe ED.

That rate is similar to what is experienced by older men. Researchers also noted that younger ED patients were more likely than older men with ED to smoke or use drugs.

Physical and Psychological Causes of ED

Treating the cause of ED may help resolve the problem. For some men, lifestyle changes make a positive difference. Others benefit from medications, counseling, or other treatments. Ignoring ED isn’t wise, particularly because it can be a sign of other health problems

Getting and keeping an erection requires healthy circulation. Clogged arteries, also known as atherosclerosis, can cause ED. High blood pressure can also lead to ED.

ED can be a sign of diabetes. This is because high levels of blood glucose can damage blood vessels, including those responsible for supplying blood to the penis during an erection.

Obesity is a risk factor for diabetes and hypertension, so overweight young men should take steps to reduce it.

Feelings of sexual excitement that lead to an erection start in the brain. But conditions such as depression and anxiety can interfere with that process. In fact, a major sign of depression is withdrawal from things that once brought pleasure.

Stress about jobs, money and other concerns contribute to ED. Alcohol and drug abuse are both common causes of ED among young men. Additionally, relationship problems and poor communication with a partner can cause sexual dysfunction in both men and women.

Most of the causes of weak erection can be corrected by minimising stress, shelving alcohol and smoking and avoiding the misuse of drugs.

Besides quitting bad habits and starting good ones, there are several ways to treat erectile dysfunction. The most common treatment is oral medication. Three common brands are Viagra, Cialis, and Levitra (NKUDIC, 2010). However, if you’re taking other medications or have other health concerns, those may not be right for you. Other treatments include:

Getting Started on a Solution

The first—and biggest—hurdle to correcting your erectile dysfunction is getting the courage to talk about it, either with your partner or your doctor. The quicker you do that, the sooner you’ll get to finding the possible cause of impotence and finding the right treatment for impotence.

These include lignan-rich flax oil, also called barrage oil. Others are L-arginine and dimethyl-glycine (DMA) all of which could be obtained as recommended by reputable doctors and pharmacists.

Stay away from sugary drinks: These weaken the penis.

Foods to the rescue

Garlic stimulates the production of the enzyme nitric oxide synthase that gives an erection.

Guava leaves: Liquid extract from the leaves is effective against weak erection.

Regular use of some vitamins could prove helpful. For instance, Vitamins A and B-complexes aid the body’s metabolism. Vitamin C is an anti-oxidant and increases blood supply to the relevant organs. Chocolates contain mood-enhancing dopamine to increase sex-drive. Ten per cent cocoa lifts the libido.

The vegetable soup called Ogbono is effective against impotence.

Minerals such as iodine and zinc obtained from oysters, clams, lobsters and other sea foods such as crayfish, crabs, prawns are needed. For instance, zinc from sea food produces testerone, giving men hard erection while also strengthening their sperm cells.

The benefits of safe sex

According to Doctor Yvonne Fulbright, “sexually active people take fewer sick days.” Health experts have shown that people who have sex often have high levels of anti-bodies that protect them against germs, viruses, and other pathogens.

1. It boosts immunity against diseases.

2. It boosts the libido for women and improves the lubrication of the female organ while also increasing the blood flow.

3. It improves women bladder control because it enhances the pelvic floor muscles.

5. It lowers the risk of heart attacks.

6. It is a good exercise because sex uses about 5 calories compared to 1 calorie for watching a television set. It also increases the heart rate and the building of muscles.