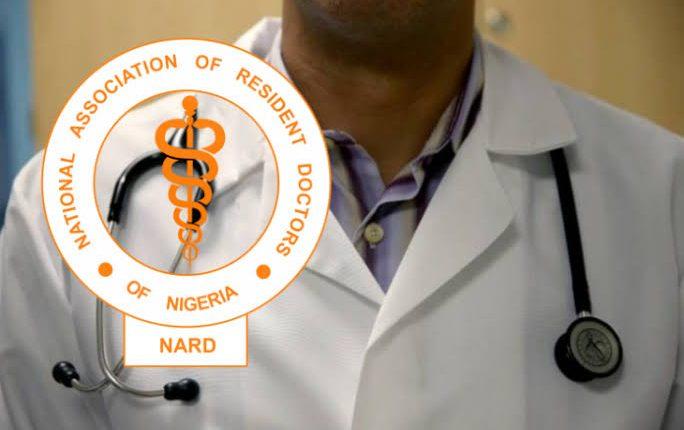 The Federal Government has paid about N15.8 billion on doctors and other health personnel in the Federal Medical Centers and Teaching Hospitals across the country for the month of April and May to cover for their Special Allowances and inducements following the disagreement with government over varying issues in their effort to contain the Covid-19 pandemic.

Minister of Labour and Employment Chris Ngige made this known while briefing reporters after a closed door session with the members of the National Association of Resident Doctors (NARD) in Abuja on Monday. He added that this has become necessary after NARD had written to express their unhappiness that a lot of the issues earlier agreed on with the government have not been implemented to their satisfaction.

Recalled that the resident doctors had embarked on strike to press home some of their demands in May but were later prevailed upon and they called it off. After their National Executive Committee meeting last week, NARD had given fresh ultimatum of August 7 2020 for the government to meet their demands or they will return to strike.

“We reviewed the allowances so far paid and from paper submitted by the IPPIS office the Federal  Government has so far paid about N15.8 billion as of date to cover hazard and inducement allowances in the Federal Teaching hospitals and Federal Medical Centers and other non-Covid-19 hospitals but where doctors have been treating suspected Covid-19 cases.

“So, in all, as we speak, the Federal Government has paid for April and May Special Allowances for Covid-19 to the tune of N15.8 billion and that is a very big feat when put side by side with the fact this is for Special Allowance only and that the affected medical personnel also draw from their normal salary for the months.”

Ngige also said that on the issue of Personal Protective Equipment (PPE) for the doctors the Government has budgeted in the Covid -19 stimulus the sum of N7 billion to cater for issues of PPE alone.

The Minister said further that the government is also addressing the issue of 20 % top up for those inside the covid-19 wards, clinics and isolation centers as both sides in the negotiation have resolved that payment of 20% top up for the doctors and health workers should be affected as quickly as possible.

“And in that respect we are giving the Ministry of Health, the Accountant General’s office up to Tuesday next week to sort out all matters pertaining to that so that the affected personnel will get their allowances paid,” Ngige said.

He admitted that the government has not been able to pay for June, stressing that it was because the budgetary allocation for three months which was N20 billion is already being eaten into by new developments such as people not originally captured like House Officers and Interns in all the medical professions, NYSC doctors and some volunteers.

“So, we as government are going to have a further discussion with the Presidential Task force (PTF) so that we can agree on the modalities on how to capture these people. We also have to look into the June allocation because it is already worked on. So, the effective remuneration has been paid,” he added.

On the issue Residency Training Fund which was inserted into 2020 budget, the Minister said “we noticed that the sub head was captured under the Service wide vote and we also made some amendments and asked the Budget Office of the Federation to as quickly as possible liaise with the National Assembly so that they can handle the problem and implementation to start as soon as possible.”

On the issue of Group Life Insurance for the doctors, Ngige said Government has paid all the premium even as he disclosed that the time for the insurance to run is 17 April 2020 to 16 April 2021, which covers all federal public servants except those who are in the revenue generating agencies and running their own Group Life Insurance like NNPC, Customs, FIRS and others.

“We also note that the nominal role of affected staff has not been forwarded to the insurance companies that are doing the health insurance for Federal Ministry of Health and her parastatals , so the meeting has an agreement now that by latest Tuesday next week , this will be affected so that NARD can advise their members in the respective teaching and federal medical centers  and other health institutions on which insurance company to approach for their life coverage. This is to take care of those in any hospital that have fatalities

“You will also remember that we have a top up on insurance for health workers from the PTF. We will also synchronize both and give a top up apart from this group life insurance that has been undertaken by the office of the Head of service of the federation,” he noted.

The Government and NARD also discussed the issue of consequential adjustment on the minimum wage, identified the problems that arose and the minimal percentage of people that are affected especially those who are non regular staff, interns and the NYSC.

“So we have asked the Federal Ministry of Health to also get in touch with the affected people or medical centres after the NARD would have submitted the list from their own portal or their own bank of the affected hospitals and persons,” he said.

President of NARD Aliyu Sokomba in his reaction said “We had an extensive discussion on issues that borders us and have been of concern to us and on each and every issue, the process of getting them addressed has been set rolling and we shall reconvene on Thursday to evaluate the progress that he been made regarding each and every issue. We are hoping that all these processes will be followed through to a logical conclusion.

“The meeting was a very fruitful one and we are glad that it held.”

Both sides agreed to reconvene on Thursday August 6 to take stock of the achievements.