Advantages of food fortification with vitamins and minerals 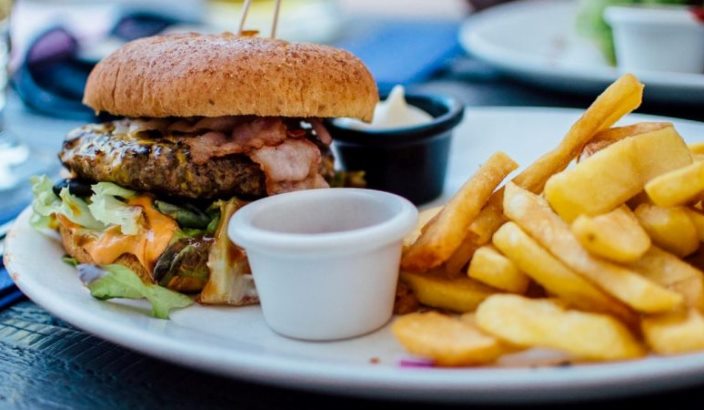 Increasing urbanisation, even in developing countries, has raised the level of processed foods consumed on daily basis. Though there may be no significant loss of the nutritive value of food processed and preserved through modern techniques by canning, bottling and freezing it is strongly believed that fresh foods are much better, nutritionally, than processed ones.

Besides, post-harvest handling of farm products up to the stage of cooking may be responsible for loss of essential minerals and vitamins. For instance, some heat-sensitive vitamins such as B and C vitamins are lost in the canning process, and also in blanching, prior to freezing. Dehydration results in only slight losses of the B-vitamins. Cured and fermented products have nutritive values similar to foods preserved by other methods. Refined cereals like wheat, sorghum and maize flour lose nutrients in the milling process.

Similarly, methods of preparing and cooking food could lead to some losses. Vegetables when washed vigorously lose valuable nutrients especially if much water is added to the leaves and thrown away. If vegetables are subjected to intense heat for too long a time, Vitamin C is lost in the process. Cooking with potash (kaun, kanwa) has been found to lead to the destruction of vitamins B and C. The vitamin content of red palm oil is also destroyed when bleached, at high temperatures.

Though these losses may be insignificant when the total nutritional value of the diet is considered, some human habits do contribute to vitamin losses too. Smokers use up much vitamin C at higher rate than non-smokers and so need to increase their intake through the eating of more fruits and vegetables.

In a similar vein, regular consumption of alcohol impairs the absorption of vitamins B, B6, folic acid and vitamin C in food. Tea limits the absorption of iron. Also,when meat, fish and poultry are soaked in water for too long, the solution being discarded contains a lot of nutrients.

In order to make up for all such losses, the World Health Organisation (WHO) has made it mandatory for food processing companies to fortify their products with vitamins and minerals, because of their nutritionals benefits. According to WHO, vitamin A intake is grossly inadequate especially in developing countries since its deficiency leads to night blindness, weak formation of the cell membranes of organs like the skin eye, mouth and gut. Vitamin A also prevents the development of cancerous tumours in the organs of the body.

Naturally, Vitamin A is present in yellow fruits and green vegetables. These include tomatoes, pawpaw, carrots, mangoes, sweet potato, red palm oil, cod liver oil, egg yolk, milk and tuna some of which contain appreciable amount of pro-vitamin A chemical called Beta-carotene. We need six times more vegetable carotene than animal sources because the former is not easily absorbed by the intestine.

The story however, is that Nigeria is ranked amongst the countries where the amount of vitamin A intake is far from adequate. Research findings in 1993 for a nationwide survey showed that over 9.2 percent of Nigerian under- 5children and 7.2 percent of women of child-bearing age suffered from vitamin A deficiency.

The Recommended Daily Allowance (RDA) of vitamin A is 400 to 700 RE for children, 1,000 RE for male adults, 800 RE for female adults, 800 RE for pregnant women and 1,300 RE for lactating mothers. Conscious of the need for vitamin A by all age groups, the National Agency for Food, Drugs Administration and Control, (NAFDAC) has since February 26, 2003 directed all flour, sugar, and vegetable oil companies to comply with the country’s food fortification policy. But by October 15, 2003 another survey revealed that many companies were yet to obey this life-saving directive.

Basically, there are two types of fortifications which are voluntary and mandatory. Food giants like Nestle, Friesland WAMCO, Unilever, Nigerian Breweries, Coca Cola and Promasidor companies belong to the first type. They give both analytical and technical support. For instance, WAMCO’s 1-2-3 growing up milk, is enriched with adequate vitamins and minerals needed for children in that growing-up category.

A standard serving of Cowbell chocolate flavoured milk provides at least 36 percent of a child (over 4 years) RDA of vitamin A. NB Plc’s Maltina is fortified with enough vitamin A to combat night blindness. Both Cadbury’s Bournvita and Nestlé’s Milo are similarly fortified with the ACE vitamins for needed growth and vitality. Milk products have added vitamin D.

Though popular sea foods like fish, crabs, crayfish, lobsters, periwinkles, prawns are rich in iodine which promotes both physical and mental development, we hardly take enough of them.

Essential minerals like calcium, magnesium, phosphorous and potassium are needed by the body to stimulate health and physiological functions. Though they are present in bananas and plantains and some other fruits and vegetables, our diets are deficient in them. It is for this reason that both the Standards Organisation of Nigeria (SON) and NAFDAC have been emphasizing on the need for fortification of processed foods.

Thus, their clarion call can be classified as Mandatory Fortification. This involves government and relevant agencies being fully involved and practically enforcing food industries like flour millers, vegetable oil producers and sugar millers to comply with the stipulated standards on nutrient contents.

In this regard, Dr. A.K. Acholonu, the Managing Director of Bio-Organics Nutrient Systems Limited, has stated that for vegetable oil, there must be 20,000 International Units (IU) of vitamin A per kg of the product. That amounts to 1.0 million in 1g only. For Flour, vitamin A palmitate should be 250,000 IU per gram to 132,000 per gram. Vitamin B (as Thiamine mononitrate) should be 31.55. Vitamin B2 (Riboflavin) is 14.80 while Niacine (as Nicotinamide) is 198.00. Iron as electrolytic iron is 166.12. The standard premix must have 10 percent average of vitamin A. The standard premix guarantees the mandatory 30,000 IU per kg of flour.

For all these standards to be met, the government agencies must enforce them, since they are empowered with preventable policies that curtail ill health. Despite government’s incentives through duty waivers and lower tariffs to ease the industries’ compliance, recent reports show some underhand practices by some flour millers. Though the two major recognized manufacturers of standard vitamin A are DSM and BASF/Fortieth based in Germany and Switzerland, some Nigerian flour millers were reportedly colluding with importers of fake and sub-standard vitamin A, who obtain such from some Asian countries, and pay much less for the product as far back as between 2000-2003.

One’s candid admonition therefore, is that both the NAFDAC and SON should beam their bright searchlights on such importers, with the aim of ensuring standard fortification with vitamins and prevent consumers of bread, sugar, salt and vegetable oil from sub-standard products.