The Federal Ministry of Health (FMOH) has disbursed a total of N28.59 billion across the 36 states in Nigeria and the FCT, as its year 2022 Basic Healthcare Provision Fund (BHCPF) allocation.

The BHCPF is a federal government initiative established to increase financing for health, with a view to ensuring equity and financial risk protection for the nation’s vulnerable populations. 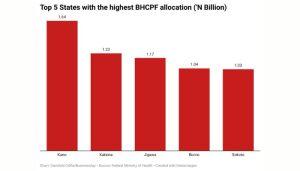 Of the distribution, Kano, Katsina, Jigawa, Borno, and Sokoto States received the highest funding, Kano topping the list with a total allocation of N1.64 billion. 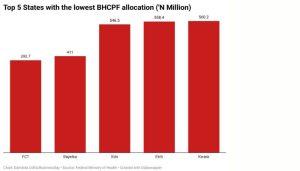 The National Health Insurance Scheme (NHIS) is a corporate body established by the federal government of Nigeria to improve the health of all Nigerians at an affordable cost.

The top 5 states that received the highest fund allocations for the NHIS – which is a 50 percent disbursement of the BHCPF– are Kano, Jigawa, Katsina, Sokoto, and Bauchi States, with N891.6 million, N730.1 million, 675.3 million, N655.6 million, and N615.5 million respectively. 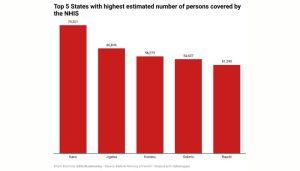 The top 5 states that have the highest estimated coverage in terms of persons are Kano, Jigawa, Katsina, Sokoto, and Bauchi States. 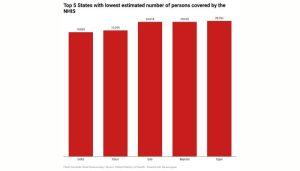 DrugStoc celebrates 5 years of excellence in providing access to quality…