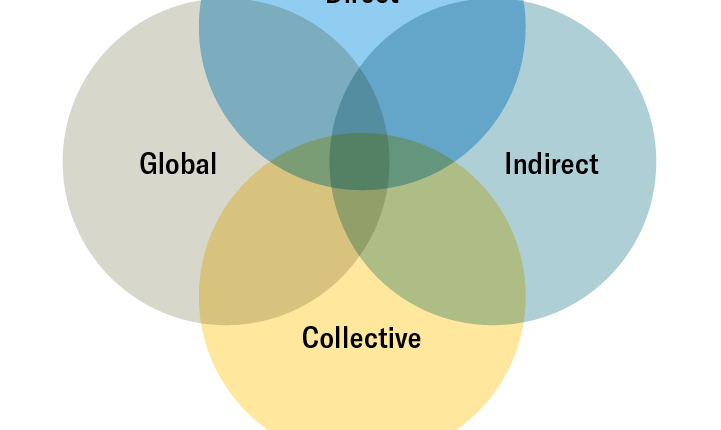 In recent years a rising number of multinational corporations have pledged to work only with suppliers that adhere to social and environmental standards. Typically, these MNCS expect their first-tier suppliers to comply with those standards, and they ask that those suppliers, in turn, ask for compliance from their suppliers — who ideally ask the same from their suppliers. And so on. The aim is to create a cascade of sustainable practices that flows smoothly throughout the supply chain, or, as we prefer to call it, the “supply network.”

It’s an admirable idea, but it’s been hard to realize in practice. Many of the MNCS that have committed to it have faced scandals brought about by suppliers that, despite being aware of sustainability standards, have nevertheless gone on to violate them. Consider the fallout that Nike and Adidas suffered from using suppliers that were dumping toxins into rivers in China.

WHERE ARE: To understand the situation, we conducted a study of three supply networks. Each was headed by an MNC considered to be a “sustainability leader” — one in the automotive industry, one in electronics and one in pharmaceuticals and consumer products. We also studied a representative set of each MNC’S suppliers — a total of nine top-tier and 22 lower-tier suppliers, based variously in Mexico, China, Taiwan and the United States. What we discovered was that many were violating the standards that the MNCS expected them to adhere to.

THE PROBLEMS studied seven lower-tier suppliers and found that three had high concentrations of airborne chemicals.

The problem, ironically, often starts with the MNCS themselves. They frequently place orders that exceed suppliers’ capacity or impose unrealistic deadlines, leading supplier factories to demand heavy overtime from their workers. First-tier suppliers, for their part, rarely concern themselves with their own suppliers’ sustainability practices. That’s often because they’re struggling with sustainability issues themselves.

For MNCS, there are special challenges in governing lowertier suppliers. There’s often no direct contractual relationship, and a particular MNC’S business often doesn’t mean that much to the lower-tier supplier. If American and Japanese automakers rely heavily on a certain seat maker, for example, they can demand that it adhere to their sustainability standards. But that seat maker may have a hard time getting its suppliers to follow suit.

Lower-tier suppliers are also the least equipped to handle sustainability requirements. They often do not have sustainability expertise or resources, and they may be unaware of accepted social and environmental practices and regulations. And typically they don’t know much about the sustainability requirements imposed by MNCS — but even if they do, they have no incentive to comply. MNCS, too, are handicapped by ignorance. They frequently don’t even know who their lower-tier suppliers are, let alone what capabilities they have.

All these concerns mean that lower-tier suppliers are unquestionably the riskiest members of a supply network. If they have poor or dubious sustainability performance, then an MNC that does business with them can endanger its reputation and suffer profound repercussions — losing customers, being forced to find new suppliers or having its supply chain disrupted. To reduce such risks, MNCS need to include both first-tier and lower-tier suppliers in their sustainability programs.

BEST PRACTICES: The three MNCS in our study have taken a number of steps to promote suppliers’ social and environmental responsibility:

— They have established long-term sustainability goals.

— They require first-tier suppliers to set their own long-term sustainability goals.

— They include lower-tier suppliers in the overall sustainability strategy.

— They task a point person on staff with extending the firm’s sustainability program to first- and lower-tier suppliers.

Firms can also borrow some of the specific strategies that our MNCS use to spread good practices throughout their supply networks. These fall into four broad categories:

— COLLECTIVE APPROACH: The MNCS we studied are all founding members of industry associations focused on developing sustainability standards, providing assessment tools, and offering training to first- and lower-tier suppliers. One notable association is the Responsible Business Alliance, whose members include IBM, Philips and Apple.

Collaborative initiatives have many benefits. They can increase efficiencies for suppliers, who can use a standardized self-assessment to satisfy many customers and thus avoid duplication. These initiatives can also draw in more suppliers because suppliers that have many customers with the same sustainability requirements tend to be more willing to participate. Additionally, when MNCS help their first-tier suppliers become full members of an industry association, those suppliers must then comply with industry standards, which means they have to assess their own suppliers’ sustainability.

— GLOBAL APPROACH: The MNCS we studied to make a point of collaborating with international institutions and non-governmental organizations that share their goals. For instance, all three corporations have joined the United Nations Global Compact, an international effort to promote corporate social responsibility. The three MNCS also participate in the Carbon Disclosure Project’s Supply Chain Program, a global data-collection platform in which suppliers disclose information about their carbon emissions.

Multinational corporations that want to embed fair labour practices and environmental responsibility throughout their supply networks can start by adopting the sustainability strategies used in our study. But all corporations can and should do more. They should send their suppliers a more consistent message that economic, social and environmental requirements are all important. They should make the same message clear to their procurement officials and create incentives for them to pursue not only economic goals but also environmental and social goals. Those officials should take a hands-on approach to collecting data about suppliers’ capacity, monitoring their sustainability performance and engaging with them in improvement projects. The MNCS should also work directly with their suppliers’ procurement units on the best ways to disseminate sustainability requirements throughout their supply networks. The danger of not acting is clear: A supply chain is only as strong as its weakest link.