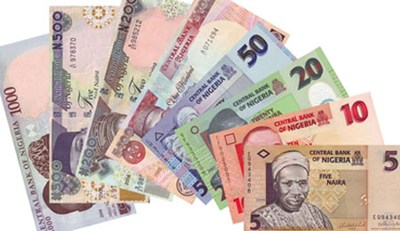 Nigerian consumers are having taste of naira devaluation as commodity prices increase among various goods, especially on those with imported input.

As the naira now exchanges for above N296 per dollar at BDC segment against N199 a year ago, this sharp drop in naira value is reflecting on commodity prices.

The market assessment indicates that a bag of flour now sells for N9,000 against N7,000, while there is also a marginal increase on the price of bread from N200 to N250.

Ganiyu Rashidat, a trader in Ajorin Market, who acknowledges the price increase among various goods, attributed the development to naira devaluation. “The price increase will continue as far as the naira is low against other currencies, especially the dollar,” she told BusinessDay.

Another trader, Iya Ope, at the same market, also decried the price increase, saying it might scare away customers.

For instance, the company’s operating profit as of September 2015, dropped by 18.50 percent to N1.63 billion from N2 billion the previous year.

This year is predicted to be tough for companies as the naira devaluation continues, a move by the CBN to protect the foreign reserve from continuous fall.

Adetunji noted while speaking at the unveiling of some channels by his organisation recently in Lagos, “government’s devaluation of the local currency would affect Nigerian SMEs that source their raw materials and contents overseas.”