In defense of the financial speculator – FX, or otherwise 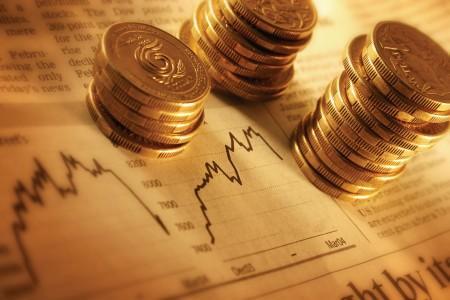 Only in fewer times in the history of our great country, Nigeria has the issue of foreign exchange (FX) been a dominant one in public discourse than it is now. The exchange rate between the local currency – the Naira and the major foreign currencies i.e. the US$, Euro and the GBP has oscillated not a few times between Q3 2014 and now.

In more recent times, the steep decline in the foreign exchange rate has been largely attributed to “speculators” bent on driving the position of the dollar against the Naira higher, and also simultaneously calling for Devaluation of the Naira, ultimately to be in a situation where financial gains could be made, due to earlier positions taken on the FX demand and supply curve. Whether this accusation is fair or not is left to the reader to determine.A larger part of the Nigerian populace, quick to latch on to this bandwagon name calling and blame game, and having seen the increase in the price of commodities; from bread to ‘boli’, rice to roasted yam,school uniforms to school fees, and toothpaste to toothpick, also attributes this increase solely to the machinations of “the speculators’, ‘those speculators’ or ‘that speculator’.

Rightly or not, opinion is as free as the air we breathe, and in matters that affect the everyday man/woman, everyone has a right to air their opinion, and akin to the Nigerian football context, every Nigerian suddenly is an economist. While I am in no way an economist, I find it amusing, the number of (home) economics professors that have risen in these times. Thanks in no small way to information technology.

The Webster dictionary defines a speculator as “One who engages in speculation; one who buys and sells goods, land, etc., with the expectation of deriving profit from fluctuations in price”. Having said that I will broaden the scope of this discourse with the use of the term ‘financial speculator’ and ‘speculator’ interchangeably.

According to John Maynard Keynes in “The General Theory of Employment, Interest, and Money”. The three main motives (in no particular order) for which people hold money are: (1) Transactions motive- Money held for the purpose of making regular purchases; (2) Precautionary motive – for unforeseen market transactions or for contingencies, and (3) Speculative motive -held for to take advantage of financial opportunities. That being said, if Mr.X decides to hold money for transactionary reasons, while Ms. Y decides due to speculative reasons, none should be criticized for doing so. After all, no one reason is superior morally or otherwise to the other. It is simply a question of monetary motive, andin a global, dynamic and interconnected world withglobal citizens, the currency one holds should not be a question of morals or morality, for money itself is an instrument of exchange.

Particularly in our current situation here in Nigeria, where we seem not to know exactly what line of the divide we are i.e. Capitalism, Socialism, or a Hybrid. It is more telling due to the fact that the current dispensation tilts or is tilting towards Socialism, and it does have every right to do so, after all the populace knew the manifesto of the two (2) dominant parties prior to the election, yet it voted massively for that which had statist tendencies. In this regard, the government also owes no one apologies in doing so. However, it also has to be stated clearly that Capitalism rules the world, Yes, at least in this decade, though no one country has absolute capitalism as its philosophy. It therefore is not out of place to find citizens who are capitalist and owe no one apologies for subscribing to such tendencies, same goes for the socialist.

For those who tend to demonise capitalist/capitalism, think and make some introspection. If you work (freely, and out of your own volition) in a profit-oriented organization, then please you have no right to criticize capitalism yet. You are better off resigning your employment and taking up roles in a not-for-profit organization, or better still working for governmental or supranational bodies. There you can have the locus standi to criticize capitalism and its tenets.Speculators are capitalist in nature; they play in markets that trade underlying assets. Capital markets for trade in equities and debt; commodities markets that link producers with consumers; foreign exchange markets – where the free trade of foreign currencies (Naira, Dollars, etc.) occurs and also some other markets e.g. Real-estate markets where Landlords meet with land buyers (or speculators) with the underlying asset being Land; Derivative markets for futures contracts or options and; also Alternative markets for exchanging things such as artworks and antiques etc.

The global financial landscape has changed a whole lot,to the extent that things or assets previously unavailable in the 90s are now tradable and exists. Also, has the dexterity and reach of financial players in the various markets. It is not out of place to see speculators who have taken positions in the bond market of a sovereign state, pull out funds to invest in equities in the same country or even in neighboring ones. So, if a Man moves his funds from the equities market to the debt market or into the commodities market, he should not be ‘demonised’ for doing so, same goes for the man who moves money from the real estate market to the foreign exchange market. He/She simply is aligning his/herinvestment strategy with his/her philosophy. However, as recently noted, most Nigerians think the foreign exchange speculator is a bad person and worse than the Land speculator or the Equities or Bond speculator.

Take the case of an equities speculator who buys into Company XYZ, an Oil and Gas company in 2010 with the view to riding the ‘high oil price’ wave but sells off in 2014, knowing full well that oil prices will nose-dive. He is as ‘guilty’ as the FX speculator in as much as his massive selling-off of shares reduces the Company’s valuation and credit rating, thereby increasing its risk and ultimately increasing its cost of funds. This in turn leaves the company with lower-than-normal profit before tax, leading to a reduction ofthe corporate income tax accruable to the government. This singular act, results in the government cutting back on public infrastructural needs such as roads, power etc, leading eventually to a rise in the cost of the goods (the same rise in cost of goods that the public blames only the FX speculator for).

In my view, most people inadvertently fall under the classification of ‘speculators’. If you purchased a land which is still lying fallow years after, without any structure on it, then ask yourself this question – did you buy the piece of land because you think/thought that the price/value will increase in the near future?. If your answer is yes, then voila! There goes a financial speculator. You probably do not realize that land is a factor of production with finite supply. Most people are just not easily drifted to the FX speculative zone, due to its seemingly volatile nature, vis-à-vis equities, real estate or bonds.

So imagine this scenario, if a financial speculator sees two opportunities for arbitrage, one in FX and another in equities, both in Nigeria, with aninitial capital of $1000, he is more wont to going with the first option, if both offer the same gross(absolute) returns ceteris paribus, given that his trade in equities will be subject to withholding tax and also a broker’s commission, leaving him with a smaller net return. However, if he hits the streets of Lagos, looking for roadside FX merchants, he (along with the merchant) will most certainly evade the payment of withholding tax or any tax at all. Now multiply this by a mere figure of 1000 speculators in the city of Lagos alone with a population of over 20million. The resultant effect is an unregulated FX tradeof $1million per day, with its attendant tax revenue loss to the government. Juxtapose this amount with the ($13.98mn) average daily value of equity traded on the Nigerian Stock Exchange within Q4 2015, or the (c.$1mn) average daily value of trade between Q1’14 – Q1’15 on the NASD OTC.+

Blaming the FX speculator(s) for increases in the exchange rate between the Dollar and the Naira can be likened to an IT administrator blaming Hackers for the increase in the cost of maintaining an e-commerce website. Let’s get serious Nigeria! Speculators are everywhere; they have advanced in techniques and are here to stay. And just like hackers, they all do not commit evil. What the IT administrator needs to do is simply ensure he/she reduces the opportunity for system loopholes, possibly recruit/pick-the-brains of some of these hackers and ensure it constantly stays one step ahead of the game. Speculators have always existed; they will and are not going anywhere! Let us get used to the bitter truth. They are always in at least one particular market at any given time, but they do feed on information or better still, the lack of information, as seen in the absence of economic policies by the current government in its early days. And when they do smell arbitrage opportunities in the FX market, come they will.

In summary,our dear country needs to (1) accept that in an increasingly inter-connected world, FX speculators will be here for a long time, as long as currency is a tradable commodity. Note: the Forex market is the largest and most liquid market in the world, according to the Bank for International Settlements, average volume traded per day grew to $5.3trillion in 2013(compare this to an estimated equities market of $200billion), with close to 90% of this volume generated, not by importer or exporters, but  by speculators[1].(2) ensure regulatory and monetary agencies stay ahead of speculators by engaging a healthy mix of people who think like speculators as well, not the regular sit-behind-the-desk ministry officers. (3) in calling for regulatory policies which needs to be ahead of speculators, a case has to be made for taxation on foreign currency speculation in Nigeria, similar to a Tobin tax – a tax that penalizes short term arbitrage of FX; but for this to be firmly effective, the monetary agencies will need to work on adopting a structure wherein the ‘unregulated’ Bureau De Change Operators and roadside FX brokers can be tracked and their transactions trailed. The current national assembly can (if it wants to, without mixing politics) assist in setting up such legislation 4) Capitalism trumps socialism, at least in this current decade. 5) accept that most people are speculators currently trading in one market and willing to move to another, if and when the opportunity arises. And finally (6) increase over time, its deficit balance of payments;one only wish that we had serious and thoughtful governments in the past, who worked towards diversifying the economy or even privatized key sectors, rather than engage in heartless looting of the treasury.