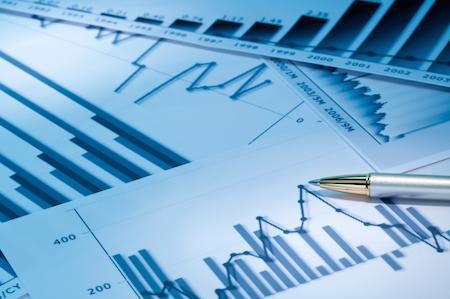 As Nigeria grapples with declining revenue from the oil sector, which is affecting the nation’s ability to fund it developmental projects, a Kano-based expert on Islamic economy, Bashir Aliyu Umar, has urged the Federal Government to explore the huge funds available in global non-interest economy in addressing the developmental needs.

Umar, who is a former special adviser to the CBN governor on Non-Interest Banking, and currently a member of the Council of Experts on Islamic Finance of the Central Bank of Nigeria and National Insurance Commission of Nigeria (NICON), said exploring the global non-interest financial window was the best option for the nation now.

Speaking exclusively with BusinessDay in Kano, Umar noted that financial resources generated from such window should be used to fund capital projects in sectors like education, health and transportation.

The expert identified the issue of lack of diversification of the mode of financing development activities in the country, as one of the greatest challenges hampering the quest to holistically develop the nation socially and economically.

“This is a new form of financial intermediation that has found acceptance globally, all international financial centres are offering it, and everybody is trying it because it has a new asset class. And it is a kind of paradigm shift in term of how to do financial intermediation, and it has proved quite resilient in it short time of it existence registering compound average growth rate of between 15 and 20 percent, and institutions are proliferating it, and it is being studied, and has become mainstream actually.

According to Umar, Nigeria needs to diversify its economy in order to get other alternative complementary sources of funds, especially now, with the dwindling oil revenue and also because of other challenges facing it.

“The need for this kind of diversification has become imperative as government is doing everything possible to block financial leakages in the system. We also need to attract more foreign direct investment because of our infrastructure deficit, and Islamic finance has proved to be very successful in term of financing infrastructure development.

“This is the kind of funding used to finance international projects, like the famous expressway that ran across Malaysia from extreme north to extreme south, and it was what was also used to fund the construction of the Terminal three of Dubai Airport, and others in other countries. So, it has proved quite very effective in financing infrastructural projects. All the Saudi Arabian Electricity Power Generation Companies were financed through this kind of financial instrument.

“There are funds there, the only things is that people investing in Islamic financial products only want to invest in things that does not violate their tents and ethical values, just like any other ethical investors, that are committed to things that are based on ethical principles, so for us to be able leverage on the industry, we need to diversify, and in doing that we have already laid the structure in Nigeria.

“The Central Bank has come with regulations, have license banks,  Securities Exchange Commission (SEC) has come with its own instruments, and it is also putting in place the necessary infrastructure to create Islamic capital market in Nigeria, the National Insurance Commission, is licensing Islamic insurance companies, and put in Islamic insurance instruments, all that remains now is for the authorities to create the fiscal environment for the industry to full operate in the country by issuing sovereign bonds’ Umar explained.

He noted that Nigeria economic managers must put in place Sovereign bonds that are equity based, rather current the conventional bonds that are debt based, if it want to access the financial resources available on global non-interest window.

“We have already a State issued a bond that is equity based, Osun state, in the South West part of the country had once issued such bond, which was used to build 14 High Schools, this bond was over- subscribed they wanted #10 b, and they got #11.6 billion, and our banks were in need of such instrument and the bought into it.

“ I am talking about conventional banks, not just Jaiz Bank, so the appetite is there, so government should tap into it, if issued this kind of Sukuk, investors outside Nigeria will tap into it, South Africa, when they issued their Sukuk $500 billion last year, 60% of those who invested into it were from Middle East, and this kind of investors are not just only in the Middle East, you have them in Europe, you also have them in US, we have them there that will only invest in Islamic products.

“So we have the potential there, and domestically the market is waiting for this kind of product,  take the case of Jaiz Bank for example, they have surplus funds now, waiting for instrument, where they will invest them, they cannot invest in the current mode of instrument in the banking system by regulation of CBN, Jaiz cannot buy into them, although NDIC has started putting in place Premium for them to be able to accept this kind of    instruments, so we waiting for the equity sovereign instrument in the country that will enable the Islamic Insurance entities to spring up.

“PENCOM is also there to do off balance sheet financing of this kind of instrument, people ready to buy into it, they way they the Osun state own, was that the government raised the fund, and got the law of the State Assembly to that effect, and the investors contributed the fund, and own the schools built with it, and eventually government leases the schools, and at six month interval government is purchasing schools, and this will run into a seven year period” Umar said. .