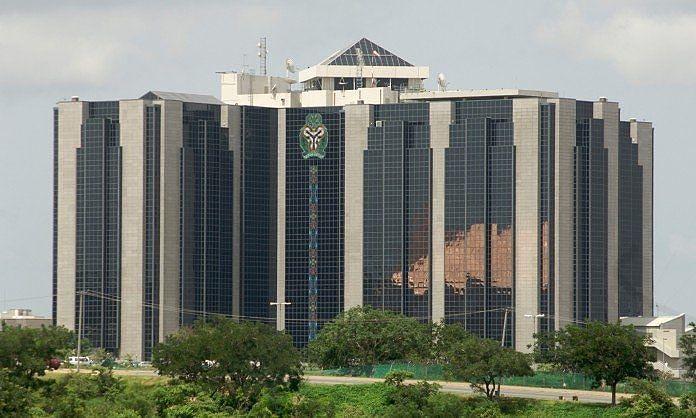 Nigeria’s unbanked adults, numbering over 40 million, do not qualify to access the N50 billion COVID-19 fund by the Central Bank of Nigeria (CBN) due to requirements like Bank Verification Number (BVN) and Know Your Customer (KYC).

The Central Bank in March 2020 introduced an N50 billion Targeted Credit Facility for households and Small and Medium Enterprises (SMEs) as a means to give relief to the economically vulnerable population.

According to the apex bank, eligible households or MSMEs shall submit applications directly to NIRSAL Microfinance Bank (NMFB).

“The application must, among others, contain BVN number, business registration (where applicable) and business plan with clear evidence of the opportunity or adverse impact as a result of COVID-19 pandemic,” CBN said in a document signed by Kevin Amugo, director, financial policy and regulation department.

Meanwhile, some of the requirements for accessing the CBN COVID-19 fund like BVN and KYC can only be obtained from commercial banks after a bank account has been successfully created for a customer.

This means that Nigeria’s financially excluded adult population may not stand a chance of accessing the COVID-19 fund as they lack most of the CBN requirements.

Although happy to hear that the Central Bank has scrapped the submission of a business plan as a compulsory requirement for accessing the COVID-19 fund, Iya Beji, a businesswoman at Yaba, Lagos is still excluded by her inability to present a BVN. The 40-year-old does not bank with any of Nigeria’s lenders; she only saves her money with the market women association.

“I would have loved to access this fund to help boost my business that has suffered due to the restriction on interstate travel,” she said.

Checks by BusinessDay showed there are many Iya Bejis in Lagos and across various states in the country. Meanwhile, EFInA’s 2018 report put Nigeria’s financial exclusion rate at 36.8 percent, a 16.8 percent gap from the CBN’s 80 percent inclusion target of 2020.

The N50billion loan facility set up by the CBN in March to be disbursed at single digits through the NIRSAL Microfinance Bank for households and small- and medium-sized enterprises that would be particularly hard hit by COVID-19, including hoteliers, airline service providers, healthcare merchants, among others has been poorly accessed so far.

Godwin Emefiele, governor of the CBN, said at the last Monetary Policy Committee (MPC) meeting on May 28, 2020, that the apex bank had approved N10.9 billion to 14,331 beneficiaries under the N50 billion Targeted Credit Facility for households and SMEs, out of which N4.1 billion had been disbursed to 5,868 successful beneficiaries.

“I think it is too low considering that the impact of COVID-19 is now being felt especially by businesses and households,” Bunmi Lawson, managing director/CEO, EdFin Microfinance Bank Limited, said.

The CEO said she was concerned that the economy is not digitalised as much as possible for people at the bottom of the pyramid. Lawson was also worried that some of these people do not have BVN and that KYC should be able to identify those who have applied two or three times.

According to her, if everybody had the National Identity Number which could be linked to BVN and credit bureau, it would help to ensure that the people who applied for the facility need the money and can be traced in case of default.

“This highlights why the government needs to push for financial inclusion at the bottom of the pyramid. They need to make the process transparent, even the ones that have been disbursed,” Lawson said.

Meanwhile, a similar scheme in Brazil, a South American country with 45 million unbanked population was done digitally and is being used to on-board the country’s excluded population.

The Brazilian government recently launched the emergency aid programme- coronavoucher aimed at giving support to 54 million of its population who became financially vulnerable as a result of the coronavirus crisis.

Through the country’s central bank- Caixa Econômica Federal (CEF), Brazil said it would be paying its vulnerable population 600 reais ($117) monthly until June through the coronavoucher. This includes millions of previously unbanked citizens, who are being provided with a mobile-based savings account.

This represents 39.3 percent of those who have opened the digital account offered by the bank to receive the monthly payments from the processed applications from over 25.1 million Brazilians

The digital account of Brazil’s coronavoucher provides basic functions such as payments and transfers. With no plans of issuing physical cards, the five main telecommunications providers operating in the country – Algar, Claro, Oi, TIM, and Vivo – are enabling free access to the app.

The database of socially vulnerable citizens handled by Dataprev, the social security technology company owned by Brazil, is automatically assessed and validated against the personal information of citizens applying for financial aid through coronavoucher.

According to CEF, the website where citizens can sign up for the financial support programme had 240 million views since launching on April 7, 2020. Some 62 million SMS messages had been sent to confirm the requests.

Data by the bank show that the Android version of the emergency aid registration app had been downloaded by 21.8 million users, while the iOS version saw 699,000 downloads.

To spur inclusive access to financial services in Nigeria, industry experts have recommended that the Federal Government should use electronic payment channels like mobile money and USSD to transfer the Covid-19 palliative as they have been identified as the easiest way to reach the unbanked population.

“Longer-term, we run the risk of more Nigerians becoming financially excluded as a result of this crisis, at the exact moment when they as individuals and the overall economy would need their participation the most,” said Ashley Immanuel, head of Programmes at Enhancing Financial Innovation & Access (EFInA) said.