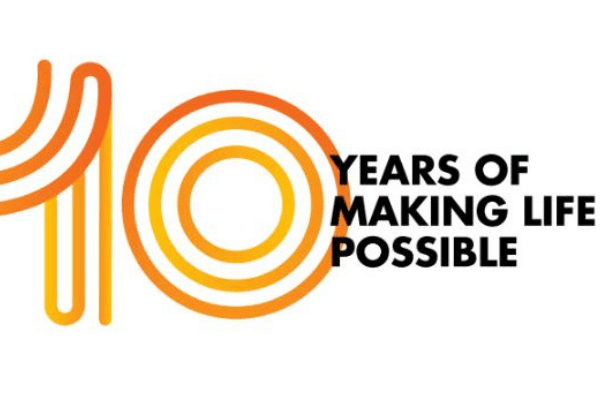 Nigeria’s leading mobile money company, Paga, clocks 10 years in business since being founded in 2009, and officially opening its doors for commercial operations in 2012.

Today marks 10 years since Paga’s founder and CEO, Tayo Oviosu embarked on the Paga journey. A journey, he says, that was born out of the frustration with needing to carry cash everywhere in Nigeria and the inability to make payments efficiently. While working in a Private Equity firm, the Stanford school of business graduate was bitten with the entrepreneurial bug and the strong need to start something big that will have a huge impact on the world. After making a list of about 20 ideas, the “cash” problem stood out like a sore thumb, and this is what he decided to dedicate his life to solving.

“I started Paga with one goal: To solve the “use of cash” problem — Cash is still king around the world — and that needs to change. Cash is very expensive to clean, manage, and store. In high-risk countries like Nigeria, carrying sums of cash around poses a security risk. Storing money digitally and transacting digitally significantly reduces friction, transaction costs, convenience, and improves livelihoods.

Our first market has been Nigeria, a country of over 200 million people with over 90% of transactions done in cash,” He explained. “Though the company started in April 2009, we took our services to market in August 2012. It took us 25 months to get our license from the Central Bank of Nigeria, and then another 7 months to close our Series A financing.”

A lot has happened since then: The trailblazing team of 4 has grown to a team 460 and counting. Paga has served over 12 million customers and processed over 72 million transactions worth $4.6 billion. The company has also raised $34.7 million since its inception, attracting investors such as Tim Draper, one of the earliest internet investors, Flourish, a venture of the Omidyar Group, and the Global Innovation Fund, amongst others.

Since its commercial launch in August 2012, Paga has developed into a sophisticated omnichannel payments platform offering users a safe and convenient way to send and receive money, and pay their bills. Customers are able to use Paga on any mobile phone by dialing *242# on any network, Paga’s mobile app or website, or through any Paga agent. The innovative wallet allows users to link multiple bank cards and also fund the wallet directly in order to access funds from one world-class secure location.

The company has established itself firmly as a pioneer in the Fintech industry and a leader in mobile payments. This is due in part to the foresight of the founders to solve the key challenges that came with mobile payments – how to include people who weren’t banked into the digital ecosystem. The answer was to aggressively build out an agent network; Relying on neighborhood stores where people could pay cash into digital wallets and make electronic payments. Paga now has over 20,000 agents in every region in Nigeria, particularly in rural and semi-rural areas.

“We are very proud to celebrate this milestone,” says Tayo, “At Paga, we say we are making life possible for our customers. We want to make payments so seamless that you can focus on what you really care about — whether that is ensuring that your wife is admitted to the hospital for treatment, or ensuring your daughter is allowed into school because payment was made on time. I’m incredibly proud of what our team has achieved so far. Our investors have been fantastic partners and we won’t be here but for their belief in our big idea”
In the next decade, Paga is expanding its offering to include in-store and online e-commerce payments, and financial services such as savings, loans, and insurance in partnership with banks and other financial institutions. The company has also announced plans to expand to other emerging countries that have similar “cash” problems that the Paga multilingual and multi-currency platform is equipped to solve.

Paga was founded in early 2009 with a purpose to make it simple for one billion people to access and use money. Paga is solving two key problems that exist around the world – eliminating the use of cash for transactions and access to financial services.

Paga’s first market is Nigeria, with commercial launch in August 2012. In Nigeria, Paga is a mobile money operator licensed by the Central Bank of Nigeria. Paga offers a range of services such as free money transfers, deposit to bank accounts, buying/sending of airtime, bill payments, remittances, bulk disbursements & collections that are accessible via online channels (web/app) and on any basic mobile phone via dialing *242#. Paga is also the largest distribution network for financial services in Nigeria through its nationwide agent network – mom and pop stores, pharmacies, grocery stores – where people can get access to financial services