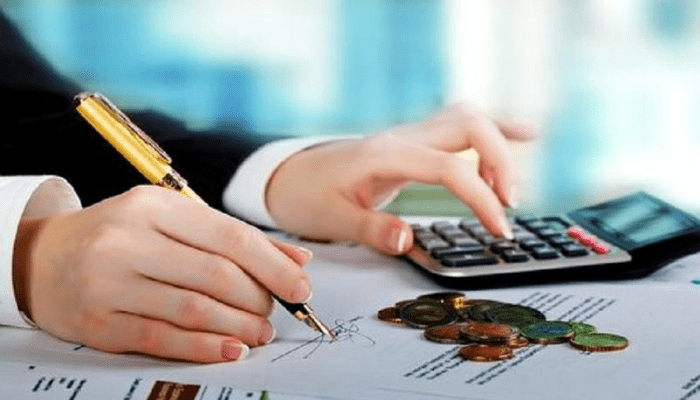 With 28.41 percent GDP growth in the second quarter of 2020, Nigeria’s financial institutions under the Financial and Insurance sector topped the gainers’ chart as it outshined 45 others to emerge as the best performer.

The second- quarter growth by the financial institution industry is 31.93 percentage points higher than the -3.51 percent that was reported in the comparable quarter of 2019, as analysed from NBS Monday GDP report.

While Nigeria’s financial institutions posted highest GDP growth in more than four years in Q2, the impact of the global disruptions resulting from the COVID-19 public health crisis, plunge in oil prices disrupted 19 sectors to post contraction in the review quarter.

According to Yinka Ademuwagun, Research Analyst, United Capital the CBN’S Loan to Deposit Ratio (LDR) policy which penalises banks for not lending to the private sector is one of the key drivers of the industry growth.

Accounting for 89.82 percent of the Finance and Insurance Sector, Nigeria’s financial institution industry is joined by the insurance sector ( 10.18%) to make up the country’s financial industry.

Quarter-on-quarter, the industry growth rate stood at –0.16 percent as its contribution to the Nigeria economy stood at 4 percent, 0.83 percentage points higher than the contribution of 3.17 percent recorded in the second quarter of 2019.

“Banks continued to expand their loan books as they tried to meet the CBN LDR requirement,” Ayorinde Akinloye, a research analyst at CSL stockbrokers said.

In a bid to improve lending to the real sector of the Nigerian economy the Central Bank of Nigeria for the second time, last year upwardly reviewed deposit money banks’ portion of minimum loanable deposits to 65 percent.

The decision, which is subject to quarterly review was informed by appreciable growth in the level of the banking sector’s gross credit following the pronouncement of a 60 percent minimum Loan-to-deposit Ratio (LDR) in July 2019 and the need to sustain the momentum, the apex bank said in a circular on September 30 2019.

Meanwhile, Nigeria’s big banks received a combined N16.22 trillion from customers through deposits across various account types in the first three months of 2020 as business activities almost came to a halt due to the coronavirus pandemic.

The total deposit collected by the tier-one lenders in the review quarter was 12.72 percent above the N14.39 trillion recorded in the comparable quarter of 2019.

“With the COVID- 19 epidemic posing significant concerns and online shopping becomes an increasingly attractive option for consumers. Ultimately this leads to increased EPayments revenue for the banks,” a Lagos-based analyst said.

Among the electronic channels mostly patronised by Nigerians, Mobile payment and POS recorded some of the highest revenue reported by Nigerian financial institutions in 2019.

According to the data by the Central Bank, the volume of transaction that was done through mobile payment was valued at N5.08 trillion while POS posted N3.2 trillion in the same year.

A recent report by Quantum Metric, a Saas platform provider shows the number of online shoppers increased 8.8 percent since the outbreak of coronavirus and led to a 52 percent surge in online sales as against the value reported a year ago.

Technomic, a consulting and research firm said 52 percent of consumers globally are avoiding crowds and 32 percent are leaving their house less often because of coronavirus.

While Nigeria is gradually reopening its economy to withstand the shock of COVID-19, the new normal of contactless transaction and online shopping has been described by analysts as a culture that will remain even after COVID-19 is long gone.

Before Nigeria recorded its first COVID-19 case in February, the e-commerce industry in Africa’s most populous country was described as one on a growth trajectory as Mckinsey projected the size of the market to reach $75billion by 2025, N58 billion higher than the current estimate of over $17billion.

The expansion of the industry is buoyed by the country’s young population coupled with the mobile phone penetration estimated at 89 percent by Global System for Mobile Communications (GSMA).

According to the 2019 data by GSMA, 50 percent of the total 89 percent of mobile phone users in Nigeria have access to the internet.

With broadband of more than 40 percent Nigeria has about 190 million mobile phone subscribers, as compiled from data by Nigerian Communications Commission (NCC).

Also, Nigeria’s growing cashless economy which began in Lagos in 2012 has since improved with digital payment and electronic banking implemented in phases across 27 states of the federation. This is another catalyst responsible for the growth reported by the country’s e-commerce industry, as compiled from industry sources.

When it comes to policies and programmes that can potentially impact a vast majority of people’s livelihood and the economy of any nation, data, not sentiments, should drive the conversation and influence decision making.

The recent Central Bank of Nigeria ( CBN) decision to restrict Forex for the importation of maize has raised concerns and opinions from stakeholders standing for or against the decision. Irrespective of sentiments driving this debate, local farmers, processors, and millers want a deal that works for them – a fair market price for their farm produce and affordable raw material to create finished products from maize.

Maize is one of the most important cereal crops in sub-saharan Africa (SSA), and a staple food for more than 1.2 billion people in SSA with more than 300 million Africans depending on this crop as the primary food crop.

Maize in Nigeria which is mainly produced by smallholder farmers. Each farmer cultivates an average of 0.65Ha Maize, which has become indispensable for food security in Nigeria, with much of the maize produced consumed by the commercial sectors.

According to a USDA report, fifty percent of maize is consumed by the animal feed sector, with poultry claiming 98percent of Nigeria’s total feed between 2005 and 2010. It is obvious why the CBN ban on Maize import stirred up different reactions amongst stakeholders.

An analysis done by our research team at AFEX of a 15- year price trend of the FAO price data for the commodity reveals a three-year cycle of highs and lows. For instance, the prices of farm produce are usually high in year one; motivating farmers to produce more of that same crop in the following year and triggering a supply demand imbalance leading to a fall in commodity price.

When this happens, farmers’ natural response is to shift farming focus to another crop in the next farming season, a decision which then creates further scarcity and hikes in the price of the farm produce. This cycle continues.

Through interventions like the CBN maize aggregation scheme, a doubled-pronged solution to this imbalance is pursued. Funds and credit provided by the bank, allows processors to buy commodities at a marketfair price, and soft loans to farmers create a balance in the supply- demand dynamics. A stable market enables farmers to produce crops that those who need them can afford them.

The CBN’S timely decision to stop maize importation will avert an impending maize surplus in the market that could negatively affect the market price for local farmers – discouraging them from farming maize in the next planting season. If this happens, an impending maize deficit will be unavoidable; hence, the need for the hard call made by the regulatory body.

One of CBN’S roles as a policymaker in the agro-sector is to protect the farmers’ economy and livelihood. The regulatory body has to choose between protecting the livelihood of 20 million farmers or saving the businesses of corporate entities that are likely to make losses in a single quarter of their financial year as a result of the ban. Even though this may seem a difficult decision to make, protecting the livelihood of 20 million smallholder farmers is by far, a more proactive way to stabilize the economy.

As a commodity exchange, we recognize the temporary losses made by some stakeholders. We believe that putting the majority of everyday farmers first is of great importance, hence our support for the CBN intervention. We believe that the CBN ban is for the overall good of the economy and farmers.

The ban on maize has its attendant benefits as it will increase local production, place more money in the pockets of farmers, and create a more stabilized economy. Also, a data- driven approach is the only way to make informed and impactful decisions. As a country, the only way forward is to improve our capacity to obtain data and ensure data and not sentiments influence policies.

Ayodeji Balogun is the CEO of AFEX where he is leading a team of experts leveraging technology, innovative finance, and inclusive agriculture to connect smallholder farmers to commodity and financial markets.