To capture the extent of financial inclusion across India, the country’s central bank, the Reserve Bank of India (RBI) on August 17, 2021, launched a Financial Inclusion Index (FI-Index).

The Index is aimed at tracking the process of ensuring access to financial services, timely and adequate credit for vulnerable groups such as weaker sections and low-income segments at an affordable cost.

The new strategy by RBI holds lessons for Nigeria’s Central Bank who largely depend on the biennial report by EFInA – Enhancing Financial Innovation and Access, for its financial inclusion assessment of Africa’s most populous nation. With India’s FI-Index, the South Asia country is able to determine the financial inclusion performance of the country in not less than one year.

According to the Governor of India’s central bank, Shaktikanta Das, the lessons from the past and experiences gained during the COVID-19 pandemic indicated that financial inclusion and inclusive growth reinforce financial stability, and hence the need for financial inclusion Index.

Explaining the uniqueness of the Index, the central bank of the world’s second-most populous nation said the quality parameter, which captures the quality aspect of financial inclusion as reflected by financial literacy, consumer protection, and inequalities and deficiencies in services is one of the features that stands out.

Going forward, RBI will be publishing Fi-Index annually in July of every year.

While Nigeria engages the state-funded National Bureau of Statistics (NBS) for its quarterly publication of key economic reports that aid in policy formation and implementation, it has to wait for two years for the Bill & Melinda Gates and UK Aid funded-EFInA for its financial inclusion data. 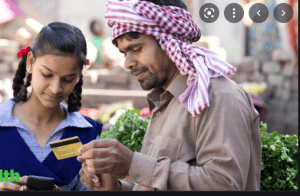 Financial inclusion has been identified as an enabler for seven out of the 17 Sustainable Development Goals, says the World Bank.

Analysis of EFInA latest survey of 2020 showed that Africa’s largest economy failed to meet its financial inclusion strategy target to include 80 percent of its adult population. The report revealed that only 64.1 percent were financially included by the end of last year.

Meaning as much as 38.1 million or 36 percent of the country’s adult population were completely out of the financial system. A short fall by 16 percentage points from the desired target of 20 percent exclusion rate.

The 2012 strategy by the central bank of Nigeria had also aimed to reach 70 percent of Nigerians with formal financial services by 2020; the actual figure reported by EFInA’s Access to Financial in Nigeria 2020 Survey showed that it was 51 percent, a shortfall by 19 percentage points.

“At our current rate of progress, we’ll not reach the 2020 financial inclusion target until around 2020,” Ashely Immanuel, CEO of EFInA, said.