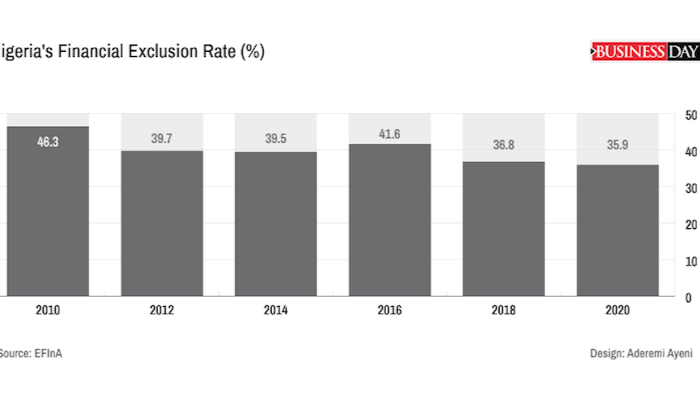 As consumers continue to drive growth in Nigeria’s $9 billion financial service industry, the evolution of the digital economy has created a watershed moment for the banking sector and is changing the way consumers are served.

From the conventional brick and mortar structure, the banking industry in Africa’s most populous nation has evolved to a level that consumers can now execute transactions at the comfort of their palm. Traditional banks are developing agency banking and an array of Fintechs servicing a wide range of consumers have also sprung up.

The outbreak of the COVID-19 pandemic and the increase in online shopping fuelled the push for more digital solutions, including digital financial services.

Data from NIBSS and other sources shows that the volume and value of electronic financial transactions increased following the pandemic, and some financial service providers reported increased uptake of their digital services.

This led to a marginal increase in Nigeria’s financial inclusion rate in 2020. Africa’s largest economy, however, failed to meet its National Financial Inclusion Strategy (NFIS) target to include 80 percent of its adult population. Data by EFInA, the organization that collates Nigeria’s biennial financial inclusion report shows that only 64.1 percent were financially included by the end of last year.

According to Ashley Immanuel, CEO of EFInA, the increase in transaction volume and value in 2020/2021 was likely driven largely by “people who are already banked using some new digital financial services or using digital channels more.”

Immanuel said, for example, someone who was previously banked but still traveled to the market to purchase goods with cash may have started using an online delivery service and making payments electronically, or that person may have taken a loan from a FinTech for the first time, due to the COVID-19 pandemic.

“When banked Nigerians start using more or additional digital financial services, that is beneficial for the Nigerian financial system and economy but does not drive financial inclusion in the sense of helping unbanked or financially excluded adults’ access formal financial services for the first time,” she said.

Nigeria did not only miss its overall financial inclusion target, but it was unable to also achieve other sub-targets outlined by the Central Bank of Nigeria.

Below are the facts behind Nigeria’s financial inclusion figures.

38.1 million of the country’s 106 million (18 years and above) adults or 36 percent of Nigerian adults remain completely financially excluded. This is a shortfall by 16 percent points from the desired target of a 20 percent exclusion rate.

The 2012 strategy by the Central Bank of Nigeria (CBN) had also aimed to reach 70 percent of Nigerians with formal financial services by 2020; the actual figure reported by the EFInA on Thursday showed it was 51 percent. A shortfall by 19 percent points.

“At our current rate of progress, we will not reach the 2020 financial inclusion targets until around 2030,” Immanuel said.

A breakdown of the EFinA’s report showed that Nigeria did not only miss its overall financial inclusion target, it was unable to also achieve other sub-targets outlined by the Central Bank of Nigeria.

It was the same for savings, as only 32 percent was achieved, 28 percent short of its 60 percent target.

The 40 percent target for credit was also not achieved as a 37 percent gap was reported in 2020, meaning only 3 percent of the target was achieved.

Out of the 40 percent target set for the insurance inclusion, only 2 percent was achieved, meaning 38percent of the target was unreached.

“We can reach these targets much faster if we follow paths taken by other African countries that have seen rapid financial inclusion growth due to mobile money,” Immanuel cited.

Analysis of the EFInA report revealed that Nigeria’s financial inclusion gender gap persisted in 2020 as the difference between men with access compared to women remained in the review period.

While there was a slight reduction in the exclusion rate for both male and female by a paltry 0.7 percent and 1 percent respectively, the number of banked male adults was put at 50.6 percent as against the 39.1percent reported for females, a gap of 11.5 percentage points. Slightly slower than the 24-percentage points gap reported in 2018.

According to the result of EFInA’s survey, rural adults are still more excluded because banking services are not getting to the communities. While the data, however, showed there was a slight increase in inclusion among the rural population as informal financial services continued to be dominant in the rural areas, 44.2 percent were reported to be financially excluded as compared to the 19.9 percent in the urban areas.

The use of digital financial services and agent networks, according to EFInA’s Access to Financial Services Surveys, started to grow significantly between 2018 and 2020. Phone ownership has also increased, with 81 percent of Nigerians now owning mobile phones.

“Now is the time to build on this initial progress and drive faster financial inclusion growth through digital financial services such as mobile money,” Immanuel said.

According to her, “Nigeria can do this by creating an open and level playing field for a wide range of providers, creating the right environment for Fintech to thrive, and encouraging partnerships between different providers.”

Compared to its African peers, Nigeria has a fairly large banked population (45%) but also has the highest proportion of financially excluded adults at 36 percent.

A further breakdown of the report showed that regional differences in financial access persist, with troubling regression in the North West.

However, North East and North West, the regions with the most security challenges in the country, are unlikely to reach the exclusion target anytime soon. The latter has recorded an increase in the excluded by 5.4 percentage points.

According to the report, adults residing in communities with the financial access point (FAP) are more likely to be financially included. These FAPs include banks, ATMs & Microfinance institutions.

EFInA data revealed that 46 percent (25million) adults living in communities where there are no FAPs or no FAPs in or around them are financially excluded. 51 percent of Nigerian adults are using formal financial services, such as banks, microfinance banks, mobile money, insurance, or pension accounts, up from 49 percent in 2018. This was largely driven by growth in banking, with 45 percent of Nigerians banked in 2020, up from 40 percent in 2018.

Hastening the licencing of the much-anticipated payment service bank (PSB) to help deepen access, especially in the rural communities, where the majority of Nigeria’s excluded population live is one of the ways analysts believe Nigeria can grow its financial inclusion rate.

MTN and Airtel recently received approval in principle for the PSB permit, more than two years after they applied.

We will deploy over 3,000 foot soldiers in Kogi to monitor 2023 election – Bello