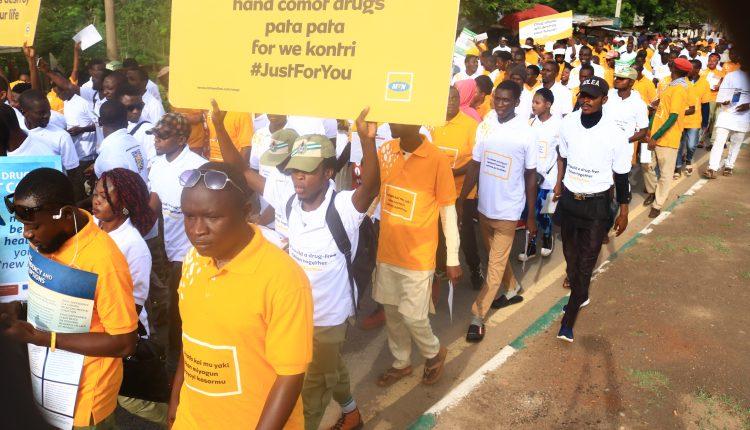 For some, it was peer pressure and poverty. For others, it was out of sheer curiosity. But Ngozi’s (surname withheld) relapse into drug addiction which lasted for five years was due to something every woman craves for—marriage.

Barely 24 hours after her wedding, Ngozi, a nurse, and social media influencer began to experience physical abuse from the man with whom she exchanged marital vows.

Her husband started beating and verbally assaulting her after rumours spread that she was incapable of conceiving and did not stop even after she later conceived.

Coupled with her inability to land a job due to her sickle cell status, Ngozi, also a freelance writer, sank into depression and as the abuse persisted with a lot of pains, she sought “companionship and friendship” from a narcotic known as pentazocine.

“Pentazocine was my best friend, my companion, my inspiration. It consumes my money, my parents’ money but I loved it…I used it in treating pains, from there, I used it as my comforter. From injecting ten bottles a day to one box which was sold N6, 000.

“I started with 2ml syringe to 5ml syringe then to 10 ml syringe. I injected from my buttocks to laps from there to my hands intravenously,” she recounts her addiction days.

Pentazocine is an opioid pain medication. It belongs to the group of medicines called narcotic analgesics. It acts on the central nervous system (CNS) and is used to treat moderate to severe pain in adults and children who are at least 12 years old.

Findings reveal that when a narcotic medicine is used for a long time, it may become habit-forming, causing mental or physical dependence.

Medics warn that pentazocine can slow or stop your breathing, and its misuse can cause addiction, overdose, or death, especially in a child or other person using the medicine without a prescription.

In addition, using the medication during pregnancy may cause life-threatening withdrawal symptoms in the newborn.

During Ngozi’s peak days in drug addiction, she would inject herself with the substance nearly every hour of every day. Even at midnight.
She said injecting made her very happy, hardworking and helped her sleep well.
“I injected madly. If I woke up, I’d inject, through midnights, I’d inject. If I woke up to pee, I’d inject. If I didn’t inject, I wouldn’t sleep. If I didn’t inject, I would start shaking as if I was dying. I became normal when injected,” she narrates.
As a result, she developed lots of necrosis (death of cells or tissue through disease or injury), stating that she could have up to three, very-deep wounds that smell in one lap. She told this reporter that she prohibited people from visiting because of the smell of the wounds.
The wounds, however, did not stop her from getting high on the opioid, and neither did her type SC sickle cell disorder. “I dress my wound and inject,” she said. “I was using sterile cotton wool, eusol, and savlon artery forceps in dressing it myself.”
Pentazocine is putatively available only with a doctor’s prescription. A doctor who spoke to our correspondent confirmed that by professional standards, pentazocine is a prescription injection.

But conversely, Ngozi got the injection cheaply and easily for five and a half years of addiction from a pharmacist in Anambra with the aid of her father who gave her N12, 000 weekly, and her mother who contributed N100, 000 weekly as well for supplies.

Although Ngozi, who started substance abuse while in her twenties, has survived drug addiction, she epitomizes the millions of Nigerians who were and are currently hooked on one psychoactive substance or another, and also underscores the need for swift action to curb the menace.

In Nigeria, one in seven persons aged 15 to 64 years had used a drug (other than tobacco and alcohol) in the past year. The past year prevalence of any drug use is estimated at 14.4 percent (range 14.0 percent to 14.8 percent), corresponding to 14.3 million people aged 15 to 64 years who had used a psychoactive substance in the past year for non-medical purposes, according to data obtained from National Bureau of Statistics (NBS). 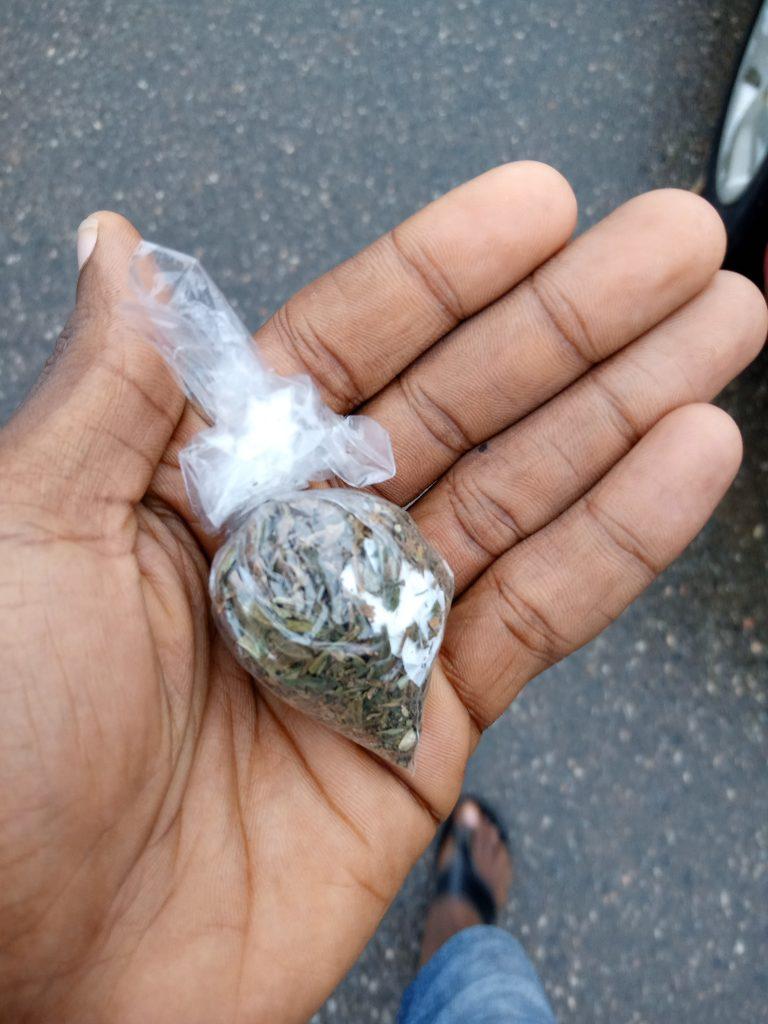 Cannabis is the most commonly used drug. This journalist bought weed for as low as N50 and another known as ‘SK’ for N100, meaning that anyone can have access to cannabis easily. This also means that the problem will likely persist.

An estimated 10.8 percent of the population or 10.6 million people, had used cannabis in the past year. The average age of initiation of cannabis use among the general population was 19 years, NBS noted.

NBS also reported that an estimated 4.7 percent of the population, that is, 4.6 million people had used opioids such as tramadol, codeine, or morphine, for non-medical purposes in the past year.

The prevalence of substance use is such that youth reportedly took to sniffing pit toilets and petrol to satisfy their hunger to get high after the government restricted access to codeine following a BBC investigation on drug abuse in 2018.
The United Nations Office on Drugs and Crime report states that in 2017, an estimated 271 million people, representing 5.5 percent of the world’s population aged 15 to 64, had used drugs in the previous year, while 35 million people are estimated to be suffering from drug use disorders.
The report found that opioids continue to cause the most harm, and accounts for two-thirds of the deaths attributed to drug use disorders.  It added that people who inject drugs — some 11 million worldwide in 2017 — endure the greatest health risks. More than half of them live with hepatitis C and approximately one in eight live with HIV.
The Global Burden of Disease Study 2017 estimated that, globally, in 2017, there were 585,000 deaths and 42 million years of “healthy” life lost as a result of the use of drugs.
Stakeholders’ response
Several factors including experimental curiosity, peer pressure, poor socio-economic conditions at homes and the need for extra energy for daily activities, and others, have been identified as contributors to illicit drug use. With COVID-19 still unleashing hard times, the Nigerian youth population is at risk of turning to substance abuse.
While UNODC’s report (cited above) says that only one in seven people with drug use disorders receive treatment each year due to limited availability of and access to treatment services, Nigeria’s response, with low investment in care facilities, is as poor.
Last year, at the 4th Biennial National Symposium on “Drugs and Drug Policy in Nigeria” in Abuja, Buba Marwa, the chairman of the Presidential Advisory Committee on the Elimination of Drug Abuse (PACEDA), said that government was coming up with a new coordinating mechanism like the national drug control commission, which would go through legislation and help in the fight against drug abuse.
He also said the commission would come up with strategies for drug, while existing institutions would be strengthened and empowered.
“There will be mass advocacy across the board, from families to religious leaders, and traditional leaders down to community levels and up to civil society organisations. New rehabilitation centres for treatment and after-care will be available; these are some of the plans the federal government is coming up with to tackle drug-related issues,” he said.
Apart from work done by PACEDA, the government has taken several steps to fight the abuse of substances, especially in the area of tightening the supply chain of harmful substances through the (NDLEA). Regulatory agencies such as the National Agency for Food and Drug Administration and Control (NAFDAC) have done a lot of commendable work in regulating and controlling the distribution, sale, and use of drugs.
Still, with the number of youths who ‘brush their teeth’ with weed every morning at CMS under the bridge, and also in places like Oshodi, it is hard to say the extent of impact the measures have had in the fight against drug abuse and trafficking.
Therefore, in order to find concrete solutions and improve on old strategies, there is a need for private sector organisations to join the fight, and MTN Foundation, through its ASAP (Anti-Substance Abuse Programme) initiative, is proving to be socially responsible in this regard.
Though Odunayo Sanya, acting executive secretary, MTN Foundation, acknowledges that self-medication and easy access to drugs over the counter is rife and tends to compound the substance abuse problem, she believes a potent solution to fight the scourge is a collaboration amongst various agencies of government and non-governmental institutions
“This is why we launched the Anti-Substance Abuse Programme (ASAP) to provide a platform for all stakeholders to collaborate in the fight.”
Through ASAP, from 2018 to 2019, MTN Foundation has implemented a multi-sectoral, multi-stakeholder focus interventions with the aim to contribute to a significant reduction in the rate of first-time and habitual use of drugs and narcotic substances amongst youths in Nigeria specifically, those within 10-25 years.
Awareness, engagement and information sessions; workout session and 1km-4km health walk across the city centres during which short talks were delivered on the subject matter; interactive sessions with students of public primary and secondary schools are few of a series of activities were carried out in six states in Nigeria including Abuja, Bauchi, Kano, Imo, Lagos and Rivers States, during the period.
The foundation also trained a selected number of influencers with the necessary information on substance abuse to enable them to educate people effectively, and created a microsite for the accentuation of messages against drugs abuse.
In addition to an integrated media campaign implemented with extensive use of media platforms including social media, print and electronic media, MTN Foundation has been consistent in organising events coinciding with the International Day Against Drug Abuse and Illicit Trafficking (World Drug Day) to draw attention to the scourge and find concrete and lasting remedies.
The theme “Better Knowledge for Better Care” presents another opportunity for stakeholders to engage creatively and come up with fresh ideas around the mitigation of substance use and trafficking, while it is also expected that stakeholders will review old strategies in this year’s commemoration of World Drug Day.

Odunayo said addressing problems resulting from the abuse of drugs requires a holistic approach which involves a strategic collaboration of the arms of government, ministries, and agencies of health, educational, religious institutions and parental involvement.

“A policy approach should also be adopted. Where the drug laws are reviewed to enable the judiciary to apply penalties that are commensurate to the offences. Other approaches include the provision of more rehabilitation centres. Sustaining interventions that are preventive in nature will go a long way to address the situation as well creating awareness of the menace at every opportunity,” she adds, on the way forward.

Ngozi told Businessday that she has lived without drugs for six years [‘miraculously’]. Having been sober for that long with scars covered up in tattoos as evidence, her message now is simple:

“Drug abuse should be stopped. It kills faster than anything. The doctors showed [me] pictures of previous doctors who never made it alive. God rescued me and he can rescue you. Go to rehab and be free from addiction if you are into it. If you are not please don’t even take paracetamol without your doctor’s prescription.”