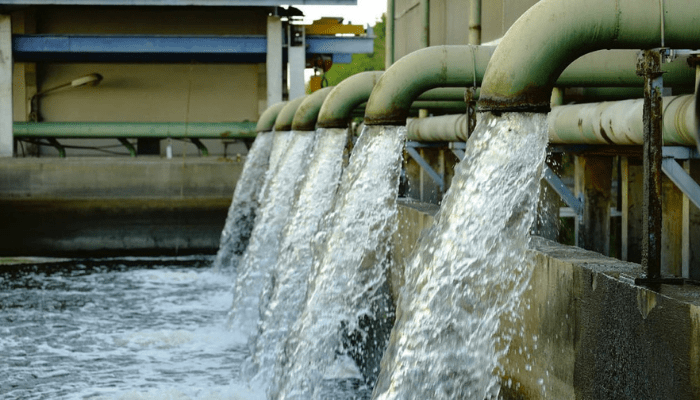 We always thought that sports, notably international football, was one area in which Nigerians achieve a unity of purpose. However, with the recourse, in recent years, to the clamour for a republic of Biafra for the Nigerian federation, the concerted support for teams representing Nigeria at international competitions has lately been waning. These days, you could hear remarks more in applause of individual members of the team than of the prospects of Nigeria coming out victorious from the encounter. These days, the anti-corruption war has come up against an even more formidable opponent named cynicism than the culprit. “You’re shouting about the N20 billion stolen by my kinsman, but what have you done about the N60 billion stolen by your people?”

Yes, nobody is willing to be shocked any longer by the sheer notion that someone dips into our common patrimony and help themselves to resources direly needed to provide badly needed infrastructure. And while we’re figuring how to confront this cynicism, another variant of dis-unity has recently reared its ugly head.

Nigeria is currently in a situation where the nation’s health is in danger of being undermined by unsafe drinking water available to millions of the nation’s population; where the agricultural system is reeling in underproduction and hunger is buffeting millions of people; and where sources of water are subjected to the levels of abuses that threaten the environment and the ecology.

What to do? The federal government, in conformity with global best practices, decided to take action to enable the citizenry get the maximum benefits of the nation’s water resources and potential. However, what we have seen can be likened to a dam that has overflown its bank.

“The controversy is needless and purely a political mischief,” fumes Suleiman Hussaini Adamu, a seasoned engineer, Fellow Nigerian Academy of Engineering and Nigeria’s Minister of Water Resources. He is baffled by the controversy and hot air.

Mr. Adamu says the water resources bill has been turned upside down. “I am so shocked about what people are saying. If I show you that the Water Resources Act 2004 and the new water resource bill, 90 percent of what is in this Act is what is in the bill, the only reason why we are bringing this law is that we have four laws under the water sector which we want to consolidate into one statute”.

On 10 July 2017, the House of Representatives passed for second reading “A Bill for an Act to Establish a Regulatory Framework for the Water Resources Sector in Nigeria.” The legislation, which originated from the Executive, was up for debate in November 2017 during plenary when the then Majority leader of the House, Hon. Femi Gbajabiamila led the debate on the general principles of the Water Resources Bill.

He stated that the Bill sought, among other things, to provide for the equitable and sustainable development, management, use and conservation of Nigeria’s Surface Water and Groundwater Resources and for Related Matters. He added that passing the Bill would effectively unbundle the Water Resources sector to be better positioned to create economic gains to the nation. The chairman, House Committee on Water Resources, Hon. Aliyu Pategi Ahman further revealed other components of the Bill including the Water Resources Institute Act that saddles Institute with the responsibility of research and development as it relates to Water Resources.

If it is ratified by the Senate and accented to by the President, the bill will be “the best thing to happen to the water resources sector, with a proper and effective regulatory framework in the best interests of all Nigerians,” says Mr. Adamu.

That obviously entitles the young, brilliant and dynamic Minister to commendation, rather than condemnation by all Nigerians for taking the “bull by its horns”.

And the man has several authorities, in the forms of Acts of the nation’s parliament, to justify his actions – notably the Water Resources Act 2004, the River Basin Development Authorities Act and the Nigeria Hydrological Service Agency Act.

The process for the enactment of the controversial bill started in 2006, with support from the EU. Its final draft was finished in 2008; whereupon it has been presented to stakeholders at meeting in all the six political zones.

“When I came into office,” recalls the minister, “we brought together all the experts in the sector, and the people that have set up the vision of the water resource ministry, and every one of them was saying we cannot make progress in the sector if we do not pass the bill.

So the Ministry of Water Resources took the bill to the Federal Executive Council and it was approved in September 2016. Then we took it to the Federal Ministry of Justice, which vetted everything and gave it back to the ministry, which then submitted it to the National Assembly.

The House passed. That’s where the uproar started, following a question by then Senator Godswill Akpabio from Akwa Ibom State, who is now the Minister of the Niger Delta.

Nigeria has remained divided on the bill, North versus South, Muslim versus Christian.

“I was shocked because it has passed several hands without any issue,” the Minister says with deep concern. “Suddenly it’s about Fulani herdsmen, Ruga… that they want to take the banks of rivers. With the kind of people that were talking, it was so unbelievable.”

My concern is that the controversy has the potential to impair a once-in-a-life-time opportunity to provide a broad framework to harness our natural resources for the benefit of the greater majority of our population.

And, given the ethnic, religious and political emotions the issue has excited, you wonder how many of these disputants have even read the bill! And you wonder if people aren’t just seizing another opportunity to heat the polity unneccessarily.

Really, about the only other thing in that bill is the concept of integrated water resources management. Integrated water Resources management means that whatever water resource development that you are working on, you must take account of issues of land degradation and must ensure there is harmony between land use and water use to protect the land for future generations. What is wrong with that?

People must also appreciate the accountability elements in the Act. While previously Minister of Water Resources could issue water license to anybody, this will be impossible under the proposed law. The regulators at the integrated water resources management commission will have those powers. And the commission will have different catchment committees to carry out its regulatory functions.

For example, if you want to build a dam in an area, the catchment committee will set up a town hall meeting, the people will sit down and debate; the person bringing the development must defend it and, of course, an environmental impact assessment (EIA) report must be there, and if there will be any adverse effect, the proposed developers provide remediating measures and agree with members of the catchment areas before the project can be allowed to commence.

In addition to deference to community concerns and sensibilities, the Act contains provisions for regulation of boreholes, with the states vested with the powers to provide guidelines. These guidelines will enable states monitor the activities of factories, notably breweries, beverage bottlers and mining companies, in terms of extraction and disposal of industrial waste and effluent.

Critics of the Act, particularly from the southern states, also need to step back and understand that most of the major water sources in this country, except from the south west, are from rivers Niger and Benue or from Jos-plateau or the Mambilla highlands, which are all in the northern parts of the country. In the South-south most of the rivers in the Obudu, Calabara and Akwa-ibom areas are from the extension of Mambilla highlands

If federal highways are not controlled by the states but the federal government, why should it not be the same principle with rivers? Unknown to many of those making the noise, they are the ones who will be mostly protected by the Act.

It’s quite unfortunate that, despite extensive and determined efforts to explain these facts, an unnecessary controversy has erupted over the simple case of delegating powers previously exercised by the Minister to the integrated water resources management commission under the water resources Act 2004. People should be more excited by the existence of an independent regulator, the increased prospects of private sector investment in water delivery through running of water works, introduction of metered billing and other efficiency devices.

It needs to be highlighted that the federal government is investing $495 million to reactivate the nation’s irrigation system under the TRIMING project.

But the Federal Ministry of Water Resources needs to be allowed to address pertinent issues and nomenclatures that offend the sensibilities of different groups so that consensus can be quickly around the Act.

Subsidy removal: Why labour unions should see positive side of govt action