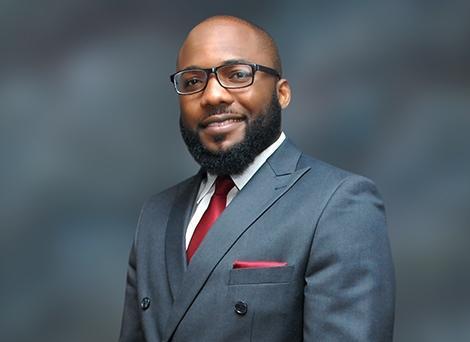 The notion of inclusive human development cannot be overemphasized in developing and emerging markets in general given the prevailing inequalities that continue to persist in lower to middle income countries globally. Specifically, there are four main factors in scholarly and policymaking circles that motivate this paper on the poverty tragedy in sub-Saharan Africa (SSA), notably: (1) the growing exclusive development in the sub-region; (2) evolving literature on the relevance of the middle class in sustainable development outcomes; (3) paradigms shifts in the conception of governance in light of contemporary dominant models of economic development; and (4) gaps in the literature.

To be sure, these factors, which articulate the fact that “Output may be growing, and yet the mass of the people maybe becoming poorer” (Lewis,1955), are expanded in chronological order. First, in the post-2015 development era, one of the most challenging policy syndromes to Africa’s development is exclusive development. Accordingly, the reduction of inequality is central to most sustainable development goals (SDGs). This concern about poverty is even more relevant to SSA because approximately half of the countries in the subregion did not achieve the Millennium Development Goal (MDG) extreme poverty target. It is important to emphasize that the number of people living in extreme poverty consistently increased across the sub-region despite more than two decades of economic growth resurgence. The poverty tragedy is therefore traceable to exclusive development because the response of poverty to economic growth is a decreasing function of inequality.

The importance of promoting shared prosperity in the post-2015development agenda in SSA is supported by the conclusions of Bicaba et al.(2017) who articulate that if poverty is to be reduced to a threshold of below 3% by the year 2030, governments of countries in the sub-region will have to pay particular attention to inclusive development.

Thirdly, consistent with Asongu and Le Roux (2019), the middle class is crucial in the understanding of the two dominant contemporary models of development, namely, the Washington Consensus and the Beijing Model. The latter is deﬁned as “state capitalism, deemphasized democracy and priority in economic rights” whereas the former is deﬁned as “private capitalism, liberal democracy and priority in political rights” (Asongu, 2016a). The literature is in accordance with the position that a sustained middle class is crucial for political governance to be sustainably demanded by the population. Hence, for political governance (i.e. a priority of the Washington Consensus) to be sustainably achieved, economic governance (i.e. priority of the Beijing Model) should take precedence in policymaking. China has produced a burgeoning middle class within a historically short period of time (Asongu and Ssozi, 2016). In summary, the narrative supports the view that political governance should be a longer-term goal for African countries compared to economic governance which should be a short-term goal to build the middle class necessary for a sustainable demand for political governance. This study extends the underlying strand of literature within the framework of inclusive human development by attempting to answer the following research question:

RQ1: How do low-income and middle-income countries complement political and economic governance in inﬂuencing inclusive human development in SSA?

In order not to bore readers with information that may not necessarily be easy to digest, I will make a concerted effort to organize the rest of the paper as follows. Section 2 briefly discusses the data and methodology while the empirical results are covered in Section 3 capturing only the key takeaways. Section 4 concludes with implications.

The temporal and geographical scopes of the study are constrained by data availability. Considering recent African development literature and the motivation of this study, the inequality-adjusted human development index (IHDI) is used as the outcome variable. The six governance indicators from Kaufmann et. al. (2010) are bundled with PCA for composite indicators, notably:

To ensure there is no ambiguity and in line with other scholarly works, the income level classiﬁcation is consistent with the World Bank income groups. These are: high income, $12,276 or more; upper-middle income, $3,976- $12,275; lower-middle income, $1,006-$3,975; and low income, $1,005 or less. Four control variables are adopted to account for variable omission bias, namely, gross domestic product (GDP)per capita growth, private domestic credit, remittances, and foreign direct investment (FDI) inﬂows.

2.2.1 Principal component analysis: PCA is a technique that is used in empirical literature to reduce highly correlated variables into a set of smaller uncorrelated PCs. The procedure for adopting the main PCs is the Kaiser (1974) criterion, which suggests that PCs with an eigen value greater than one and reﬂecting about 70% of the total variation should be selected.

Fourth, the significant control variables have the expected signs. Accordingly, except for remittances, the other variables involved in the conditioning information set positively affect inclusive human development.

The literature is consistent on the view that close to half of the countries in sub-Saharan Africa (SSA) did not achieve the Millennium Development Goal (MDG) extreme poverty target. Moreover, the number of people living in extreme poverty have been increasing in the sub-region since the mid-1990s. This paper complements existing literature on dominant development paradigms (i.e. the Washington Consensus versus the Beijing Model) by assessing the role of income levels (low and middle) in modulating governance (political and economic) to influence inclusive human development. The empirical evidence is based on interactive quantile regressions and forty-nine countries in SSA for the period 2000-2002.

SMEs struggle as ease of lockdown fails to improve margins

Why Boko Haram is seemingly inexhaustible despite military onslaught