It was a “sad” day when news of the death of Hungarian-born Bernadett Kurucz, wife of the managing director of Maersk, a shipping company with operations in Nigeria, filtered out. Kurucz was allegedly murdered in her home in Ikoyi on a Sunday night, by two men, Olamide Goke and Ade Akanbi.

Goke and Akanbi gained entrance into her home under the guise of electricians coming to fix some electrical faults in her apartment. Both men would later depart, leaving a trail of wickedness after they reportedly stab Kurucz to death and left her husband in critical condition while their three children watched helplessly.

It was tragic for me on hearing about this incident. It took my mind back to the bitter experience of a friend, Segun Afolabi, who was murdered in cold blood on November 5, 2019 by his gateman who was allegedly envious of his growing success. Report has it that he was slain because he recently bought a new car.

Afolabi, 26, was a promising and intelligent young man with a heart of gold and a clear plan about the future. Until his death, he was a financial analyst with Afrinvest, a Lagos-based investment firm.

One striking connection about these two stories is the increasing household risks arising from seeking the services of domestic staff or other contractual employees with unfettered access to a person’s living quarters. 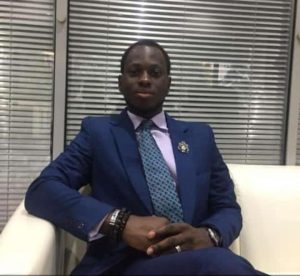 The risks associated with securing the services of domestic staff transcend the case of death to issues like theft, defilement of minors, child abuse etc. For instance, one Alice Musa from Benin Republic was alleged to have stolen $700 and 600 dirhams from her employer. In another instance,  a certain Mercy Edeh, a female house help, was alleged to have molested her employer’s daughter in Lagos to mention just a few.

Investigations have shown that people are usually employed through an informal process of referrals, where a family requests the services of a person or agency to search, then present candidates for screening and employment, often for a significant finder’s fee plus expenses.

These families rely on the words of these middlemen and women and have no way of independently verifying the information provided to them. Most families have been disappointed with the quality of services provided by their domestic staff, and some have been subjected to theft, job abandonment, poor services, incompetence, and in extreme cases, physical harm to their families like poisoning, kidnapping and even murder.

Regrettably, robbers, kidnappers and all sorts of criminals now hide under the guise of domestic workers to attack employers who seek their services.

They even go as far as registering a company to play the role of middlemen to outsource domestic workers. They advertise their companies on online sales portals to further deceive members of the unsuspecting public. In 2019 alone, domestic workers, according to data tracked by BusinessDay, carried out no fewer than 20 cases of murder and kidnaps; this excludes cases of theft and abuse.

Gone are those days when we could rely alone on the use of the closed-circuit television (CCTV) camera—a kind of video surveillance that transmits a signal to a specific place, on a limited set of monitors—to checkmate the occurrence of events that are illegal and unlawful.

The CCTV camera has shown usefulness mostly after when such wicked and ruthless acts have been done by the perpetrators and their accomplice.

Put differently, its usefulness over time has been reported more in detecting suspects after the crime must have been completed, and except for major large firms that have securities whose job is to stay put at the central system where the surveillances are transmitted to, for small firms as well as household, that might not be the case.

Also, at an average cost of $200 (N72, 000), to install a security camera, how many average Nigerian households or firms, can afford to put CCTV cameras around their houses or business surroundings? I bet the numbers will be low.

However, there is a more affordable and more pro-active way in which households, employers of labour and their employees can use in tackling the menace of domestic risk, and this is the use of “CheckMyPeople” platform.

The CheckMyPeople platform has an identity verification service, which to a large extent can help in tackling the increasing risk faced by Nigerians from employing unknown and unverified persons.

The platform leverages on data generated of registered Nigerians under the National Identity Management Commission (NIMC)—the statutory government organization, founded in 2007 to operate and regulate the country’s management systems—to verify, provide information and records of an individual.

The platform provides users with the opportunity to “verify” or check the identity, information and records of people through the use of their National Identity Number (NIN), before they get them to carry out a certain task.

Data generated from the platform in most cases constitutes a person’s work history and background information on each domestic employee, which will be available for search by prospective employers within a community.

It is not only built to favour employers but also employees as they too can verify information of those demanding their services.

We have seen from experience how some employers; execute acts that are not pleasing on those working for them. Example of this was the outrage on social media over how one Muyiwa Folorunsho and his wife Glory Osei, were alleged to have used their business to defraud their employees by treating them improperly, make them work for months without pay and later, come up with flimsy excuses to lay them off.

Aside from such extreme cases like death or theft, it would also help to a large extent in solving cases of poor services, job abandonment and incompetency’s as seen from the services provided by domestic staffs since many of them are usually recruited via words of mouth or through middlemen.

More so, the platform will also be helpful to government agencies like the National Agency for the Prohibition of Trafficking in Persons (NAPTIP) in tracking employers who recruit underage children to perform domestic works, maltreat them, and refuse to send them to school.

How does it work?

A simple illustration will show how the platform works. For example, if Mr. A wants to recruit Mr. B for a job, by using the platform, Mr. A will not only have the advantage of checking information about the person, he will also see what others who might have had an encounter with Mr. B in the past, have appraised about him. This provides A with detailed information on Mr. B to make informed decision on whether to employ him. The same goes for the employee as well.

How can the government come in to support this fight?

The success of online verification platform like CheckMyPeople is tied to identity registration of Nigerians by the NIMC.

The government can strengthen the commission to ensure that all Nigerians are enrolled under the NIMC and given the unique National Identification Number (NIN).

As of today, the NIMC has only succeeded in enrolling about 40 million Nigerians both home and abroad since its inception over 12 years ago, according to a statement by Kayode Adegoke, Regional director, NIMC, Lagos. This number shows that the NIMC still has a long way to go, given that the entire population of Nigeria, based on the United Nations (UN) estimate, is over 200 million.

NIMC’s partnership with the World Bank, Agence Francaise de Development (AFD), European Union (EU), and the Federal government has led to significant improvement in the number of people enrolled for the NIN in recent times.

How can the private sector assist in this fight?

One simple and efficient way the private sector can support in the fight against domestic risk, is ensuring that their current and prospective employees have registered or have the NIN. This will help in verifying their identity.

Interestingly, NIMC has taken a bold step in removing the age limit for enrolment that was hitherto placed in the system hence, there is no excuse whatsoever from anyone (whether as a child or an adult) for not having the NIN.