Subsidy removal: Why labour unions should see positive side of govt action 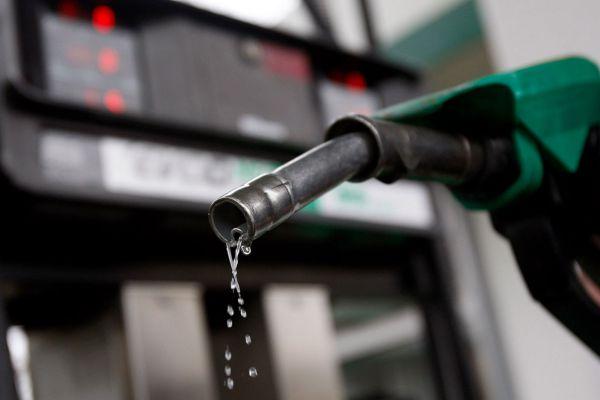 Removing subsidy on petrol has always led to protests by those who are opposed to it. They claim to be championing the cause of less privileged Nigerians. The Labour unions, which are always at the forefront of opposition in this matter often turn blind eyes to the benefits associated with the exercise, writes Olusola Bello.

Deregulation of the downstream sector of the petroleum industry has been an issue for so many years in Nigeria. Most times, when the issue is raised by way of removing subsidy, political opportunists and labour leaders that have lost focus or relevance capitalises on this as an opportunity to fight the government and call out misinformed masses to the streets to protest.

They have again planned to call out people to protest on the street because of the recent removal of subsidy.

These opportunists, for a fact, may be pretending not to know that there is no way the country can continue to subsidise petrol with the huge amount that the Federal Government budgets for it each year. The country spends on the average N1trillion a year on subsidy.

The leadership of the Nigerian Labour Congress and the Trade Union Congress of Nigeria have continued to deceive Nigerian masses, saying that deregulation or subsidy removal is not good or that it is unfair. These same groups joined hands with politicians during the administration President Goodluck Jonathan and shut down the policy for their own selfish end.

Today, the so-called masses they claimed they are protecting are the ones bearing the brunt of subsidy as monies that should have been deployed to building roads, hospitals, schools and create employments are used to subsidise these labour leaders and the rich in the country who own fleets of cars and run their businesses and homes with generators, compared to ordinary Nigerians, who use public transportation to go about their businesses, and who use petrol sparingly with their generators.

Contrary to the belief of a few beneficiaries of subsidy, the masses are not benefiting anything from the subsidy regime of the petroleum industry.

Part of their claims then when they attacked the Goodluck Jonathan administration when he tried to remove it was that his government was corrupt and because of this, it could not remove subsidy. Their paymasters even said the whole idea of subsidy was a ruse.

But they were made to return to their vomits when they eventually won the 2015 election only for them to discover that there was indeed subsidy. Today, Nigerians know better who has deceived them. They shut down the move to remove the subsidy as Goodluck Jonathan chicken out and suspended it.

Before the unions go for another protest because of the current removal of subsidy, they should first wait and reflect on the issue and consider its advantages or otherwise of the exercise by the government. They should look at the issue critically from the economic and social points of view.

The opposition to this policy claimed the time for its implementation is not right as it is coming at a time when the majority of Nigerians are already facing financial difficulties, occasioned by the COVID-19 pandemic, which forced down the value of the country’s currency; necessitated a hike in prices of utilities and essential commodities, and inhibited income of Nigerians among others. The question is could there be any time that is right?

According to Diran Fawibe, chairman, international Energy Services Limited/ Doris joint venture, said subsidy is one sour point that has created a lot of problems for the downstream sector and if it must be removed it has to be done realistically. “As a matter of fact, it must be legislated upon. If it is done by administrative fiat chances are that we would be going back on it and it would not be permanent”

The removal of subsidy would eliminate all kinds of fraudulent cases associated with the procurement of fuel from the country. Like I have said if the government is dead serious about the removal of subsidy this time, and I have no reason to doubt the government this time, the policy should be legislated upon. In this case, the reform of the downstream would then be meaningful.

However, the case against subsidy is enormous, ranging from the widespread corruption that trailed its implementation few years back; the loss it had caused the economy, to the opacity that had trailed the regime, he said.

Looking at the deregulation of the downstream you will agree that it comes with a lot of opportunities and benefits whether in the immediate or in the long term to the economy.
There is no doubt that it would come with immediate pains such as increase in transportation fares which affect a number of sectors, food and a good number of other products as the price of petrol currently around N162 per litre.

If the NNPC is going to subsidise petrol now it would amount to illegality as there was no subsidy in the 2020 budget. Moreover removal of subsidy, would free up funds which could then be used for other developmental purposes, such as for the building of critical infrastructure and for investment in agriculture, education, and other critical sectors of the Nigerian economy.

Specifically, Minister of State for Petroleum Resources, Chief Timipre Sylva, had in a briefing with newsmen on Thursday, stated that over N1 trillion had been saved by the country since the decision to remove subsidy and fully deregulate the sector.

The government had spent about N1 trillion annually to subsidise petrol, depriving the country of funds that could have been used for other developmental projects.

Also, announcement of ex-depot prices or pump price by government would no longer be a normal, as the government had resorted to allowing market forces determined prices, while it plays its traditional role of regulating the industry and ensuring that consumers are not exploited.

Despite the putting in place price modulation system since March 2020, up until now, oil marketers were yet to resume fuel import, because of the prevailing uncertainty, especially hinged on concerns that threats by labour would force the government to reverse the decision and return to the fuel subsidy era.

Continuing with subsidy, especially as the bulk of the product is imported, would contribute to the depletion of the country’s foreign exchange reserves, impact negatively on the value of the naira, and promote job losses in Nigeria, as the country would continue to subsidise production in countries where the products were imported from, creating jobs therein.

Confirming this in a statement issued, Chairman of the Major Oil Marketers Association of Nigeria, MOMAN, Tunji Oyebanji, said with the downstream sector deregulation, Nigeria had been presented with a historic opportunity to get it right this time as a country, to rebuild its economy for the benefit of all Nigerians.

He said: “We welcome government’s action in allowing the market to determine prices as we believe it will prevent the return of subsidies while allowing operators the opportunity to recover their costs. This will in the long run, encourage investments and create jobs.

“We all must remember the country is broke and can no longer afford subsidy. There is no provision for it in the budget. With this, the incentive for smuggling will be reduced. More funds will be available to the government for investments in infrastructure, roads, health, education and power.”

Also speaking, Professor Wumi Iledare, Ghana National Petroleum Corporation’s Chair of Petroleum Economics at Institute of Oil and Gas Studies, IOGS, in the University of Cape Coast, Ghana, however, stated that with the current economic reality, petrol should be selling at N200 per litre.

He argued that the NNPC was actually doing the country a favour by fixing the ex-depot price at N151.56 per litre, while he described it as a socially optimum price.

He said, “The reality on the ground is not pretty at all with respect to what the price ought to be. At the current official exchange rate of $1 to N385, N200 is about right because of the level of demand driven by population and quality of life. Keep in mind that any attempt to invoke subsidising petroleum has unintended consequences.

“Of course, the opportunity was missed at lower crude oil price. it was suggested that the government should not set the price then, but fear of unrest predominate government action then. The economy is highly dependent on oil revenue”

“We all need to adjust and perhaps pump more money to the economy. Invoke patriotism, if the government has to, with carrot and stick to those owing government money.

“If Ghana is surviving, Nigeria’s exchange rates call for at least N200 per litre in Nigeria. In Ghana, a litre is about N325-N350 equivalent. Like Nigeria, PMS consumed are imported. Lessons can be learnt from Ghana.”