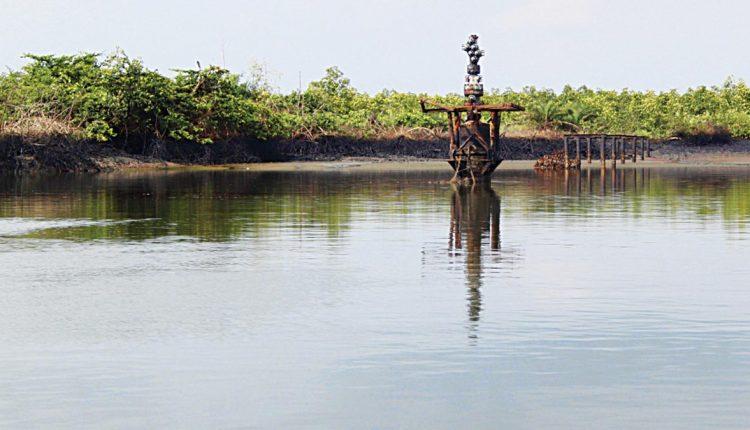 Rivers State must look into its huge reservoir of non-oil resources to give its economy an extra leg and prepare for future economic glamour. The advice was given last week in Port Harcourt by an export guru, Udofia Ofon, who is the executive secretary of the Institute of Export Operations and Management.

The export consultant who was chairman of the export trade group of the Port Harcourt City Chambers told BDSUNDAY in an exclusive interview on investment opportunities in Rivers State that the state is endowed with many other resources outside oil and these have remained unexploited to maximum point.

Ofon said: “The government is at crossroads as unemployment is a security threat. It is important for the state government to find out what it is not doing right so it can change its game to get better results.”

He remarked that the state is backward on Ease of Doing Business for which the state had to set up a high-powered committee headed by the deputy governor to look into it. Ofon however wondered how the Vice President has been going round the states to engage them on how to boost the national Ease of Doing Business (EoDB) ranking without setting foot in Rivers State. “There is need for the state to close ranks with the centre. Rivers State is where the golden egg that sustains the nation is laid.”

He warned against firther neglect of Rivers State, saying; “If there is restiveness in the Niger Delta, it will immediately affect the national economy.”

On investment climate in the state, the export guru noted that there are issues militating against investment: “There is multiple taxation; youths block roads to extort small businesses (SMEs). This way, they block smooth trade. Rivers State is home of touts. See the road to the Port Harcourt port and youths block the road and collect toll.”

Ofon urged the state authorities to launch a war against touting. “The Rivers State government enacted a law against payment of levies on land to touts but the youths still harass developers. Many firms have fled Port Harcourt because of activities of touts and general violence. Let the government address this.”

He advised the Rivers State to do well to develop an SME list and use it to address their problems. “They are the engine room to address unemployment. Efforts must be made to empower them to excel. Many levies and fees for SMEs is not a healthy development; For instance, what it takes to run a pharmacy in terms of fees in PH is far higher than what it takes to same in Ibadan. The result is higher prices of drugs in Port Harcourt than elsewhere.”

He advised the state government to pay attention to agricultural investments because the state he said has many cash crops it can exploit. “There are coastal foods which people from other regions come here to pick and go home to process for export.”

He also warned that governments in the Niger Delta zone seem not to be marketing the region well. “They do not care about the image and story (narrative) of the region. They do not have plans to manage the narrative of the region. There is no regional economic plan like in the West and some other regions. That is tragic.”

He pointed to research findings which show that in Cross River State, in a town called Okonde, food waste is very high due to absence of road to evacuate agric produce. “There are no tractors to farm the vast land but tractors donated by the Niger Delta Development Commission (NDDC) are taken to the West and North. It is a shame.”

On need for intervention, the export guru said there must be effort to create a culture of transparency. “Funds that came into the region in the past do not have fruits to show. They seem to have gone into private pockets. Today, there is no product with logo or stamp of the funding agency that supported it as can easily be seen in some other African countries.”

He harped on collaboration, saying there is need for intervention agencies to seek local collaboration with grassroots-based organisations and trade-based associations to carry out activities. “IFAD is here in Rivers State doing some activities but they do not care to get in touch with the right grassroots groups. They must connect with the people and consult product-based organisations and groom them.”

Ofon insisted that partnership is key. “Reduce corruption so that funds can freely flow to intended targets. NDDC must change its modus operandi. There seems to be no impact of its projects. People’s pockets seem more important in designing and executing any project.

“The NDDC and the state governments can create enabling environment for businesses to thrive and attract investors. Niger Delta governors must form an economic alliance no matter which political each governor belongs to. This is how other regions do it.”

Ofon said trade especially with export is the new way to go. “The NDDC should focus on building capacity of people in the region to export into Africa as the African Continental Free Trade Area (AfCTA) approaches.

“The NDDC should set up a mechanism to boost specific products made in the region and help push the investors into export trade. Thank God that Rivers state government has started issuing Certificates of Occupancy for land owners, the other Niger Delta states should follow suit and pay attention to.

“Youth should own business as this will help them in sourcing finance from the banks. If this is done to the SMEs that have businesses and landed properties in Rivers State in particular and Niger Delta in general, this will help in reducing unemployment which has become a security threat in the region.”

In her own contribution, an education investor, Ekama Emilia Akpan, CEO of Showers Group, pointed to human capital development as the best way to shore up economic prowess of the Niger Delta.

She said the power of the state is in the youths and they must be educated to take up the challenges of the next day.

Harping on need to develop the manufacturing sector to curtail importation from other regions and nations, Akpan said the problem concerning the manufacturing industry in the state requires an experienced and exposed mind to consciously push the people in making sure they understand and apply best practices to get into the rhythm of manufacturing and be competitive with other states, especially those states that don’t have the natural resources like Rivers State.

The CEO of Showers Schools said: “All those states that do not have natural oil like Rivers State have gone into manufacturing – knowing that they do not have alternative. But the problem of Rivers State is that they still think and rely more on oil as it seems to have more demand, but now that there is recession in the oil sector, it’s about time we start restrategising and revaluing how the state can start producing for the consumption of her citizens.”

She admonished Rivers State to always look inward and not think abroad all the time. She lamented that the upper class in the state send their children outside the state whereas she said there are strong schools in the state that beat those from Lagos.

“So the elite spend their money – not minding the high rate of air fares, send their children outside the state for education that they can easily get within their state of abode.

This is why in this time of lockdown, you hardly would find potatoes, yams becoming dry, and meanwhile here in the state we have very fertile soil that can grow any crop of such, like the Egi area of the state.

“In my recent experience of trying to start gardening, almost everywhere around the area, I see snail. So, if I want to, I can pluck pepper and get the snail to make my meal and eat. For example, planting potatoes or tomatoes, we don’t need to go the northern part of the country to do that”.

Covid-19 second wave in Nigeria: What does the data say?