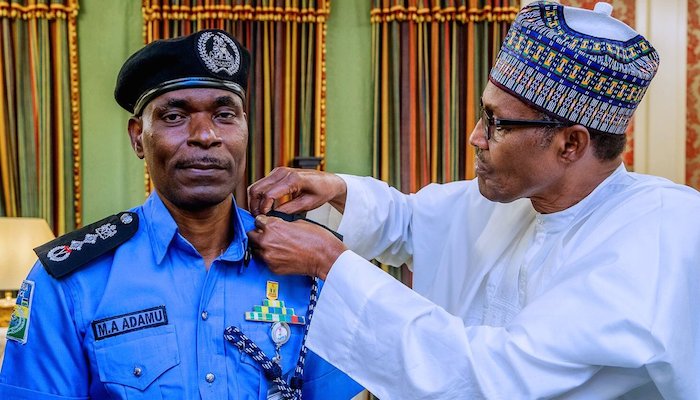 Many Nigerians have over the years held the view that the Nigeria Police, like the proverbial leopard which cannot change its spots, can never be reformed.

With the recent accent by President Muhammadu Buhari to the Police Act and the significant innovation in the new law, security experts believe that some innovations contained in the Act, if well implemented, are strong enough to strengthen its operational mechanism.

One of such innovation is the provision for cooperation and partnership between the police and host communities in Part XI, of the Act, aimed at maintaining peace, combating crime, protecting liberties, lives and property; and other related matters within the local communities.

Section 62 of the Act has also provided that a Chief Magistrate, or where there is no Chief Magistrate within the police division, any magistrate designated by the Chief Judge for that purpose, to visit at least every month and conduct an inspection of police stations or other places of detention within his territorial jurisdiction other than the prison.

This section which was borrowed from section 34 of the Administration of Criminal Justice Act of 2015, provides that during the visit, the magistrate may: call for, and inspect, the record of arrests; direct the arraignment of a suspects and where bail has been refused, grant bail to any suspect, where appropriate, if the offence for which the suspect is held is within the jurisdiction of the magistrate.

Similarly, sub section (3) also provides that “An officer in charge of a police station or an official in charge of an agency authorised to make an arrest shall make available to the visiting Chief Magistrate or designated magistrate exercising his powers under subsection (1) of this section; the full record of arrest and record of bail; applications and decisions on bail made within the period; and any other facility the magistrate requires to exercise his powers under that subsection.

In subsection (4) With respect to other Federal Government agencies authorised to make arrests, the High Court having jurisdiction shall visit such detention facilities for the purpose provided in this section.

Finally, subsection (5) provides that “Where there is default by an officer in charge of a police station or an official in charge of an agency authorised to make arrest to comply with the provisions of subsection (3) of this section, the default shall be treated as a misconduct and shall be dealt with in accordance with the relevant police regulations under this Bill, or under any other disciplinary procedure prescribed by any provision regulating the conduct of the officer or official of the agency.”

Some of them however, faulted the retention of powers by the President to appoint the Inspector-General of Police under Section 10 of the Nigeria Police Force Act, recently signed by President Buhari, is seen as more likely to weaken the police.

Although the Act established the Nigeria Police Council, whose responsibility is to among others, advise the President on such appointments, the Council’s role is only advisory.

The President is also the Chairman of the Nigeria Police Council saddled with the responsibilities to “advice the President on the organisation and administration of the Nigeria Police Force and all other matters relating thereto (not being matters relating to the use and operational control of the Force, or the appointment, disciplinary control and dismissal of members of the Force); and appointment of the Inspector-General of Police

Section 10(1) of the Act recommends that the Inspector-General of Police shall be the head of the Nigeria Police Force and shall exercise full Command and Operational Control over the Police and all its departments/units.

Sub section (5) of the Act also confers express powers to remove the Inspector-General of Police from office to the President, thus subjecting the security of tenure of the IGP to the President.

The subsection provided that the “Inspector General of Police shall not be removed from office except by the President of the Federal Republic of Nigeria.”

Subsection (6) on the other hand provides that “the person appointed to the Office of the Inspector-General of Police shall hold Office for Four (4) years.

The Act, which was recently signed into law by the President, repealed the Police Act, Cap. P19, Laws of the Federation of Nigeria, 2004 to enact Nigeria Police Act, 2020, which provides the framework for the police force

A legal practitioner, Godwin Ehimikhua viewed the provision of section 62 which allows for visitation to Police Stations, by a Chief Magistrate as a right step aimed at protecting rights of detainees.

“This will help reduce illegal detentions, check human rights abuses, as well as aid in decongesting our Correctional Centers across the country”

Mike Ejiofor, a renowned security expert and former director with the Department of State Security Service (DSS), said the establishment of guiding principles for effective collaboration between the Police and emergeing regional security outfits will further enhance security in Nigeria, especially in the rural communities where the burden of insecurity weighs heavily.

“We need an effective mechanism that will enhance efficiency, accountability, and transparency

“Modern security thrives on multi level partnership and I am sure the new law will work to guarantee the protection of human rights and fundamental freedoms; while also engendering partnership with other security institutions, especially at the local level

“My own understanding of Community Policing is that it is not a standing Police. There is needed for the government to work out effective mechanisms for collaboration between the regular police and the various communities

“This is different from State Police as you can see with Amotekun and others. Allow States that can afford it. They should be encouraged to do so. It will solve problems of language barriers, culture challenges with having to post Policemen too far from their communities” he said

Samson Itodo of Youths Initiative for Advocacy, Growth and Advancement (YIAGA) Africa, commended President Buhari and members of the 8th National Assembly for changing the several years old Nigeria Police Act, adding that it is a demonstration that government is a continuum.

For him, the provisions for mandatory training and regular recruitments of officers and men of the Police with put an end to altercations between the security agency and the Police Service Commission.

“We are however concerned with its independence To what extent will the retention of powers by the President determine their independence.

“As you know, we have been complaining that the greatest challenge these institutions are having is the overbearing influence by certain authorities.

“We need strong institutions that are well funded and that can take independent actions, not those that will be under continuous remote control.

“The President should not continue to retain the powers to appoint the IG. We know that Police Council can only advise. We need to review the regime of appointments.”

He also applauded the provisions dealing with abuse of weapons by police officers.

For him, the Act will ensure that the police and police officers are held accountable in their actions especially in the areas of arrest and detention of persons and searches.

“It is a welcome development to that finally we have Community Police with Boards in all the States of the Federation that will consist of broad representatives of the community and the State to ensure effective, efficient and participatory community policing,” he said.

The fund, which is being managed by the office of Vice President Yemi Osinbajo, also has Governors, Secretary to the Government of the Federation (SGF), Finance Minister and the Inspector-General of Police (IGP) as members of the implementation Committee.

“They must work out proper modalities for the utilisation of the funds to ensure an effective implementation of Community Policing in Nigeria.

For him, “The best way to bring about a positive change in the public perception of the Police is by ensuring that funds meant for them are well managed in a manner that will ensure that they are sensitive to the needs and well-being of the policemen.

“Strengthen the Police Force in the performance of their functions; give them the necessary weapons that will build their confidence and guarantee safety and security of all persons, communities and property in Nigeria.”

He further said that “The police must perform its functions by creating the enabling environment to foster cooperation and partnership between it and the communities it serves to effectively prevent, reduce or eradicate crimes.

“Government must also ensure professionalism in the Force by providing relevant training in all police formations in Nigeria for enhanced performance; and respect for rights of victims of crime and an understanding of their needs among others.”

Protest ENDSARS: Is Nigeria about to be born again?