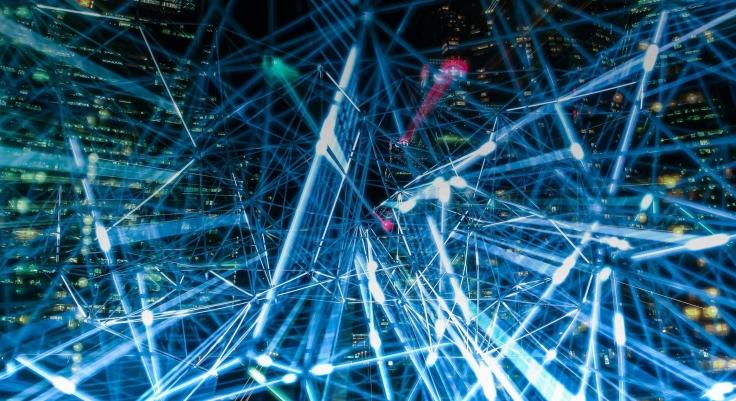 Africa is the next frontier for growth, innovation and social progress, South African President, Cyril Ramaphosa told European leaders in February 2018. Today, the world’s poorest continent and its most untapped are undergoing a revolution.

Business experts have already identified key areas that present the greatest opportunities on the continent now including agriculture, healthcare, education, and Information and Communication Technology (ICT). One of the entities that represent the phenomenal growth of these opportunities in Africa’s technology market is Systemspecs, a pioneering Nigerian firm creating landmark solutions and services ranging from Financial Technology to Human Capital Management and Data Services.

It is easy to associate fancy words like ‘creativity’, ‘innovation’ and ‘technology’, especially in third world countries, with start-up companies. Yet, Systemspecs is not in any way ‘just starting’. It is a 28-year-old company that has silently dominated Nigeria’s software market for about three decades.

Long before the unravelling of the internet-based workspace environment and the arrival of smartphones which are currently stimulating the Fintech revolution in Africa, SystemSpecs had created smart solutions to help businesses operate more efficiently in Africa’s largest economy.

“We have grown gradually but consistently while maintaining focus on software development even at a time when software was largely unknown in this part of the world,” John Obaro, exbanker, computer scientist/managing director, Systemspecs, said about the company’s phenomenal commitment to development of qualitative software solutions.

Founded in 1992 at a time personal computers were just appearing on the scene in Nigeria, Systemspecs has for long been recognised as a leader in Nigeria’s software market. Nerdy, meticulous, and self-effacing, Obaro led the company from very humble beginnings as a 5-man start-up and has successfully championed the firm’s emergence as an African technology giant.

Read also: Understanding the role of technology in promoting inclusive growth in Africa

In 2006, Systemspecs made a major foray into the public financial management sector with its immaculate delivery of the World Bank-funded Integrated Personnel and Payroll Information System (IPPIS), a programme of the Federal Government of Nigeria geared at providing a database of accurate records of federal civil servants in order to eliminate ghost workers and streamline personnel management.

The Nigerian government announced in July 2019 that IPPIS had saved it about $796 million by eliminating thousands of ghost workers on its payroll.

Also, in 2006, Systemspecs launched Remita, a financial technology solution that has now become a household name in Nigeria. The multi-bank application was initially meant to facilitate pension computation and payments for retired government employees. However, due to its robust features, it became evident that Remita would manage much more than pensions.

In its journey towards improved public finance management, the Nigerian government would later adopt the Treasury Single Account (TSA), a World Bank recommended initiative that prescribes the consolidation of government’s cash flow across all its operations into one account to provide full oversight and comprehensive management of its cash assets. Systemspecs again appeared on the scene to provide the much-needed technology solution to drive the national initiative. Its Remita was the preferred solution adopted by government ahead of other local and foreign software solutions that were considered based on the completeness of its offering and design that perfectly reflected local nuances without the need for any additional customisation or development costs.

The successes recorded by the Federal Government on its Remita-powered TSA have been nothing short of phenomenal. In July 2019, an official of the Office of the Accountant-general of the Federation (OAGF) announced that the government had collected almost $28 billion through the TSA from 1,674 Ministries, Department and Agencies (MDAS). The Accountant General of the Federation, Ahmed Idris, also pointed at the efficiency of the policy, maintaining that FG has been able to save over $125 million monthly in interest through TSA. As a result, the brazen financial impropriety that characterised Government operations before the introduction of TSA have been curtailed to a large extent.

Well before and even beyond its role in TSA success stories at the federal and state government levels, the otherwise quiet Systemspecs has continued to provide innovative solutions to an array of customers in the private and public sectors. The technological expertise and experience of the brand has led to the adoption of its products and services across the continent. The firm has ensured that it constantly reinvents the wheel with its technological acumen, successfully restating its leadership by charting new paths for other industry players.

With a stoical reputation and amazing forward-thinking culture, Systemspecs has constantly supplied the market with epoch-defining solutions and services, often in an unassuming manner which has become its characteristic trademark. The company has not had an outdoor board announcing its name or identity in 28 years. The firm has been at the head of quite a number of technology innovations without inordinately seeking the spotlight. However, with the proclamation of a new era in the history of the brand, one aimed at accentuating its presence across the African and global markets, the firm might have to operate a little differently.

“Throughout the course of our existence, our growth has been organic, without the involvement of external investors. However, now is probably the time to change that model in order to fully capitalise on the assets and intellectual property built over the years. We have a history of firsts across the globe in terms of some of our innovations and are in prime position to take on the world,” Obaro said in a recent interview.

In this new phase of its business, Systemspecs is being deliberate in projecting its innovations and intellectual assets to the world to show that great technology solutions do indeed come out of Nigeria.

To affirm its new strategic direction, deepen its business in Nigeria and reinforce its emerging influence outside the country, the firm recently restructured its operations for enhanced global competitiveness. Systemspecs’ repositioning drive includes an identity revamp, a new corporate logo, new products launch, re-structuring of the company into strategic business units and relocation to a new expansive office.

For those outside Africa, there are cogent reasons to pay attention to Systemspecs’ expansion. Tech companies globally often gain competitive advantage by causing market disruption through their ability to understand and act on technology trends. Through its corporate restructuring drive, Systemspecs is already positioning itself to be at the vanguard of technology trends driving economic development in Africa.

The extent of the company’s influence in Nigeria hints at its full-scale capability when provided with an enabling environment. Some of the brand’s recent innovations include products to process local and foreign payments, automated direct debit, retail and SME lending support services and payroll services for MSMES.. A much recent introduction is Paylink, a pretty smart way for individuals, social media and offline merchants, NGOS, and businesses to easily get paid or receive funds through a secured personalised web link.

Despite its seeming proclivity for providing solutions for corporate organisations, the firm in fact develops solutions for SMES and individuals. Its flagship product and leading fintech solution, Remita, has the unprecedented capacity to help small or big businesses as well as individual users manage their finances on a single screen despite maintaining accounts in different banks. This feat, which was introduced into the market with little or no fanfare, was widely-celebrated by one of the world’s largest banks, HSBC, riding on UK’S Open Banking dispensation which allows its account holders to view account balances from different banks together on a single screen. A feature that had been created and available on Remita for more than a decade based on sheer innovation and without the backing of any open-banking drive or law. .

In the final analysis, with significant national-level support, favourable environment of business, continued focus on innovation and deeper strategic continental and global ecosystem linkages, SystemSpecs has the potential of measuring up to, and even outperforming, some of the world’s biggest software application and Fintech companies and to become another unicorn from Africa and a technology reference point for the rest of the world.

The resurgence of economic PanAfricanism has led to the birth of initiatives such as the African Continental Free Trade Agreement (AFCFTA) aimed at facilitating free trade across the continent and creates more opportunities for continental and global technology companies to emerge from Africa. Systemspecs is a sure candidate to leverage AFCFTA judging by its antecedents and current outlook for the next phase of its growth.

Modern success stories are often hinged on the ability of organisations to provide innovative ways of executing quotidian tasks or proffering solutions to longstanding problems. In Nigeria, many champions are emerging and redefining the technology landscape on the continent and across the world. And as more unicorns emerge from among us, Systemspecs has the potentials to deliver even greater possibilities for Africa.

CACOVID has been Nigeria’s COVID-19 response hero, and more

Has the NDDC opened the can of worms at last?

CACOVID has been Nigeria’s COVID-19 response hero, and…