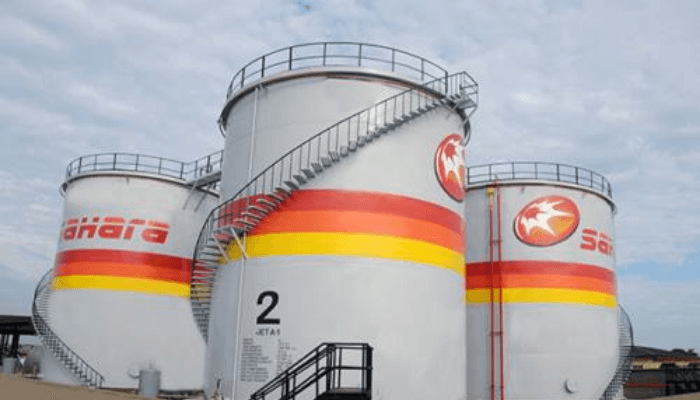 Demand for affordable energy in Africa is set to rise in the coming decades, pushed by two factors: population growth and climate change.

The global population is growing rapidly, leading to higher demand for energy. According to the 2019 revision of the United Nations World Population Prospects, the world population is estimated to grow by 1.6billion in the next 20 years. Nearly half of that increase will occur in Africa, taking the continent’s population to over 2billion.

On its part, climate change will continue to exert its impact on the environment globally, pushing upwards the demand for affordable, reliable, sustainable, cleaner and modern energy.

In the search for solutions to this challenge, Sahara Group is positioning itself as a key driver of the continent’s capacity growth in the nascent LPG market.

In Africa, energy access remains a major issue for governments. Nearly 600 million people are still without access to electricity in sub-saharan Africa, according to Sahara Group. Thus in the search for a suitable energy source to meet the continent’s requirements, cost will be a major issue.

With over three decades’ experience in the energy value chain, Sahara Group brings to the fore the much- needed experience, investment and human resources to champion this course in Africa.

As a leading growing LPG market capacity in Africa, Sahara Group has positioned to meet the growing demand for clean energy in Africa by investing several billions of dollars in ensuring people of Africa get affordable, reliable, sustainable, cleaner and modern energy.

To demonstrate this, Sahara Group, in 2017, unveiled and christened two new modern (with state-of-the-art technology) LPG vessels with a combined capacity of 76,000 cubic metres (cbm).

The vessels, MT Africa Gas and MT Sahara Gas, have since that historic day delivered over 437,170 metric tonnes of LPG, making households, communities and nations cleaner and safer; and boosting economic growth and development across markets.

Consumption of liquefied petroleum gas ( LPG) in SSA has experienced tremendous growth over the past 10 years, averaging a compound annual growth rate of 9.6%. Consumption has more than doubled since 2010, reaching 4million metric tonnes (MMT) in 2019.

Besides, the increasing demand for immediate actions to tackle climate change and the need to protect the environment has underscored the importance of LPG not only in SSA but in the world.

In August 2018, sectoral experts from Member States of the Economic Community of West African States (ECOWAS) called for the development of national policies for the popularization of LPG which will increase the access to modern energy such as electricity and modern cooking fuels in the region. The main agenda is to deepen LPG penetration in the sub-region.

This is in addition to the Africa Gas Initiative (AGI) established by the Oil and Gas Division of the World Bank, to promote the utilization of natural gas in SubSaharan Africa.

The good news is that the industry is already playing a significant role in energy transition as LPG is seen as a cleaner, affordable energy source for the future.

Around the globe, LPG is replacing biomass in rural communities. Indeed, responsible corporate organizations are taking giant steps in promoting LPG consumption in Africa. In the next 10 years, LPG penetration in Africa is expected to have risen to 5Million MT. For instance, as at December 2017, Cote d’ivoire’s energy mix was 80% gas- fuelled thermal power plants, 19% hydropower generation and just 1% derived from renewable energy sources.

However, by end of 2020, the government of Cote d’ivoire aims to change the narrative through private-sector investment. The government is targeting 57percent gas- fuelled energy production capacity, 23percent hydropower generation capacity, and 11percent renewable energy sources.

LPG is now used by almost 55percent of urban households in Cote d’ivoire; however, nearly 95percent of rural households still rely on gathered fuelwood burnt in inefficient traditional stoves. To change this narrative, the government of Cot d’ivoire is aiming to bend the curve by targeting 1200KT of LPG for household cooking by 2030.

The cost of the project is estimated at $43 million and will be executed in two phases, with commissioning scheduled for November 2021 and October 2022 respectively.

Incorporated as SAPET Energy S.A., the joint venture company will handle the construction, operation, and maintenance of the ultra-modern LPG storage terminal.

Upon completion, the facility will become the largest of its kind in sub-saharan Africa, and more importantly, support the government’s efforts to meet Cote d’ivoire’s growing LPG demand.

Director-general Petroci, Ibrahima Diaby, said: “This joint venture project is the first of its kind in Cote d’ivoire and will serve as a model for other projects in the energy sector. It is a historic event that will pave the way for robust and seamless storage, distribution, and supply of LPG.

“This translates to more clean energy, growth and productivity in Cote d’ivoire. We are delighted and look forward to more collaboration with Sahara Energy.”

Also speaking, the Country Manager, Sahara Energy, Olayemi Odutola, said the project was in tandem with Sahara Group’s commitment to promoting clean energy in Africa through investments, new technology and collaboration with regional and global institutions.

He said the partnership with Petroci further reiterates Sahara Group’s support and commitment to enhancing economic growth in Cote d’ Ivoire and contributes to the United Nations Sustainable Development Goal 7 which aims at ensuring access to affordable and clean energy.

“We are excited about the project and the huge opportunity it will confer on Cote d’ Ivoire as the leading LPG hub in the subregion. Sahara Energy continues to support the energy value chain in the nation as a foremost partner.

“Sahara Group remains unwavering in its commitment to enhancing capacity, productivity, reliability, safety, profitability, competitiveness, and sustainability in Africa’s energy sector. We will continue to explore other investment and partnership opportunities to replicate similar projects across the continent,” Odutola said.

The national LPG consumption has grown from 175KT in 2013 to 380KT in 2019, a significant increase that far exceeds the country’s demand for liquid products (excluding gasoline).

The proposed facility will increase the country’s LPG storage capacity by 60 per cent and significantly enhance importation, storage, supply and distribution of LPG and other related activities in Cote d’ivoire and its neighbouring countries such as Mali, Burkina Faso, and Guinea.

The investment will also bridge the current product supply and storage gap in the market and ensure more product availability and security by increasing stockholding from 15 days to 27 days.

In 2019, Sahara Group and the United Nations Development Programme (UNDP) entered into a partnership to promote reliable access to affordable and sustainable energy in Africa.

They also agreed to mainstream the Sustainable Development Goals (SDGS) in the private sector with a focus on SDG 7—affordable energy. UNDP’S Regional Director for Africa Ahunna Eziakonwa and the Sahara Group Executive Director Temitope Shonubi signed a Memorandum of Understanding on 15 April 2019 at the UNDP headquarters in New York in the presence of UNDP Administrator Achim Steiner and the Permanent Representative of the Federal Republic of Nigeria Tijani Muhammad-bandé.

“About 650 million people in sub-saharan Africa do not have access to electricity. UNDP looks forward to partnering with Sahara Group to ensure that everyone in the region has access to affordable energy, a critical part of our work supporting countries to achieve the Sustainable Development Goals by 2030,” said Steiner.

“At Sahara Group, we believe that access to energy is critical to accelerating sustainable development, especially in developing economies,” said Shonubi.

“As a leading energy provider in Africa, we are passionate about the partnership with the UNDP and are confident that it would inspire more interventions and ultimately facilitate access to reliable, clean and affordable energy for all Africans.”

Based on its track record, the Sahara Group was appointed as one of two African companies on the Private Sector Advisory Group set up by the United Nations Sustainable Development Goals Fund (UN-SDGF) in 2015-2016.

Covid-19 second wave in Nigeria: What does the data say?