How a weak law is killing off nature’s recyclers

A law to protect endangered species in Nigeria only prohibits their export but locally they are being hunted into extinction. ISAAC ANYAOGU examines how the dwindling number of vultures presents grave consequences for the ecosystem.

The Oluwo bush market is about 100 kilometers away from the Lagos city centre. It is the place to be if eating exotic wildlife is your thing.

Large swaths of young men deliver wild animals captured in surrounding forests to an army of women who skin, cut, smoke, and dry them for resale to individuals and businesses who operate restaurants.

On the outskirts of the market, where the unsold parts of the animals are deposited, vultures used to forage for food.

“We don’t see as many vultures as before,” said Saidat, one of the traders in the market. “It’s like they know people are chasing them.”

Indeed, vultures are disappearing in Nigeria because nature’s clean-up crew has become prey.

The International Union for Conservation of Nature (IUCN) keeps a “Red List of Threatened Species.” It defines the severity and specific causes of a species’ threat of extinction.

The Red List has seven levels of conservation: least concern, near threatened, vulnerable, endangered, critically endangered, extinct in the wild, and extinct. Each category represents a different threat level. 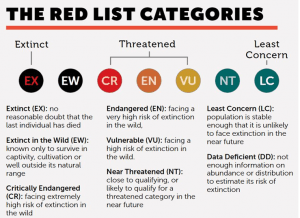 As far as notoriety goes, this is a record. It is even more alarming that two out of the seven common vulture species in Nigeria are extinct. The rest are only a short crawl away.

We often squirm our noses at the thought of these carrion eaters. We see a flock of them and conclude it is ominous. The vulture is our trusted metaphor for all that is awful, putrid, and stinks of death.

Yet the vulture does not pose a threat to us. It feeds on the things that turn our stomachs. It is nature’s clean-up crew, helping to keep our ecosystem working by recycling filth and carcass, that may otherwise endanger our health.

In the past, the problem was that we were hunting them for food faster than they could reproduce, but now they are being driven to extinction for traditional medicine and spiritual practices.

In some communities, vultures are used to communicate with the dead or to appease deities in elaborate sacrificial ceremonies.

Others die from eating contaminated food, drugs, or pesticides used on livestock. Some fly into power lines and are fried.

Our African neigbours too have weird practices involving vultures. In South Africa, for example, it is used for a traditional medicine known as muti, where vulture brains are dried, ground up, and smoked as cigarettes to give a supposed vision of the future. Some believe it will win them lotteries, sports bets, help them pass examinations, or win new contracts.

It is ironic that our most reviled creature is also our best oblation.

According to a study by R. Buij, G. Nikolaus, R. Whytock, D. J. Ingram, and D. Ogada published in the Cambridge Press, 27 percent of 2,646 raptor carcasses on sale in markets throughout the West African region were threatened or near-threatened species according to the IUCN Red List.

In West Africa, 73 percent of raptors were traded in Nigeria and 21 percent in Benin, making these countries the regional hotspots for this largely illicit trade.

“Raptor parts are sold as meat or for indigenous medicine to cure physical ailments such as migraines and epilepsy, or for clairvoyance,” said Ralph Buij of Wageningen University and lead author of the study.

Buij further said that given the local extirpations of highly-valued vultures and other raptors in some countries, such as Nigeria, poachers and traders are increasingly crossing international borders to collect carcasses.

The Nigerian Conservation Foundation (NCF) conducted market research in 2017 to see how the birds were traded. They found that the head used for ritual purposes sells for up to N25,000 while other body parts sell for half the cost.

BusinessDay’s survey in markets in Kano and Ogun states finds that the prices have since doubled and this is because the vulture population is dwindling at an alarming rate.

Local merchants pay people to capture these birds. Since they fly high and are only attracted by the smell of death, they are lured and hunted with poisoned carcasses.

These poachers spray snuff – smokeless tobacco made from ground or pulverized tobacco leaves – on the carcasses of dead pieces of meat and throw it out for the vultures. The goal here is to catch them alive, in a weakened state. 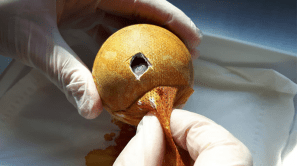 When they feast on this contaminated food, they become weak, sickly and this often reduces their fecundity to lay eggs.

“When you poison a vulture, even if the poison doesn’t kill it, it weakens the shell, when it lays the eggs, it easily breaks leading to failed attempts at breeding,” said Onoja.

Vultures by nature are slow breeders. They build their nests on cliffs and usually lay only 1 egg per year and nest in loose colonies.

In July 2019, at Eke-Ihe Market in Awgu local government area of Enugu state, there were reported deaths of over 50 vultures splayed on the ground one morning. This led to insinuations that the meat supply in the community had been maliciously poisoned.

After investigations, the police found that poachers had mixed local insecticides into some carcass of animals and feces with a view to attracting vultures. They ate these poisoned carcasses and died.

The use of local insecticides is posing a huge threat to the vulture population in Nigeria. Dichlorvos, traded under names as Nuvan, Sniper and Ota-piapia used to control insects on crops, household, and store products, and also to treat external parasitic infections in farms are the poison of choice for poachers whose intent is to kill the vulture. 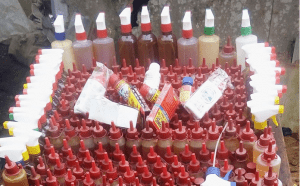 Ota-piapia is a vernacular (Igbo) of eastern Nigeria origin and a household name for insecticide/ rodenticide/pesticide, which literally translates into “that which completely consumes/devours”, according to Umar Musa, Stephen S. Hati, Abdullahi Mustapha, and Garba Magaji in their study.

The researchers found that local pesticide makers emphasized the potency of their pesticides by the word “Ota-piapia” indicating that such products will completely take care of our little pest problem.

Its acceptance and widespread proliferation in Nigeria have been due solely to its cheap production, efficacy, accessibility, and affordability.

According to conservationists, six out of eight African vulture species are projected to decline by at least 80 percent over three generations (56 years), qualifying them as Critically Endangered.
Now vultures are no longer available in Nigeria and Nigerians are going out to import vultures into the country to continue with their medicine findings show. 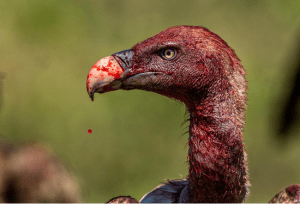 Vultures are classified as endangered species in Nigeria, we are trying to push the conservation of the endangered species list and have canvassed that vultures should be listed on appendix one, it should not be traded at all, said Onoja.

The Federal Government in 1985, promulgated the Endangered Species (Control of International Trade and Traffic Act, to provide for the conservation and management of Nigeria’s wildlife and the protection of some of her endangered species in danger of extinction as a result of over‐exploitation, as required under certain international treaties to which Nigeria is a signatory.

While the law did not forbid hunting and trading of them locally, it places a ban on exports. This gap has fueled the consumption of animal species threatened with extinction.

Conservation experts say the law has constrained the effort of the National Environmental Standards and Regulations Enforcement Agency (NESREA), the government agency charged with protecting wildlife.

“NESREA that was supposed to be the one to enforce the law have not really strong on doing it because the domestic part. The traded is banded only international trade while they are handling it domestically

Conservation groups are mounting campaigns to pressure the Federal government to amend the law and adding an addendum that expressly forbids the hunting and sale of vultures locally.

Given the important role of vultures in limiting outbreaks of zoonotic diseases, such as rabies, their eradication due to trade in West and Central has important implications for human health.