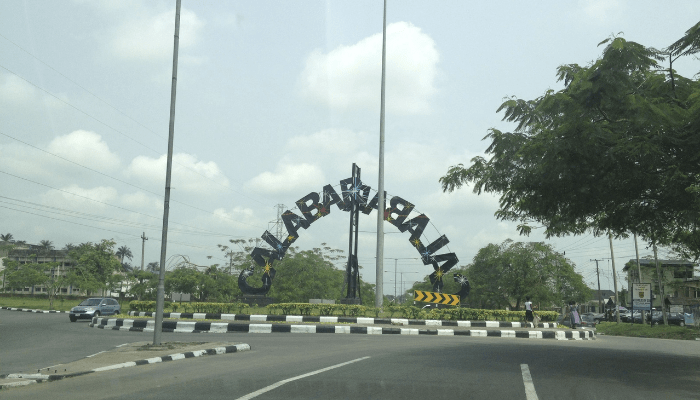 There are certain factors that propel people to move from one city to another beyond the idealism that the grass is greener at the other side. One of such factors is economics. People move to seek better jobs or engage in more profitable businesses. Other reasons could be social welfare.

While Lagos remains a city of infinite fantasy for many living in rural communities, it’s interesting to also realise some are eager to move away from the very talk-about boisterous Lagos State to other cities with beckoning serenity and ambience that guarantee comfort and security.

Their reasons may not be far-fetched. Rather than join the hustling Lagosians who wake up so early, get stuck in traffic, deal with lawlessness in major roads and crowded spaces all in a bid to make money; these people prefer a serene environment that could help them live healthier and longer. Such people seek to live in a society of benignity and equanimity.

One of such persons is Akpan, a taxi driver who plies major routes in Calabar. His story is quite compelling. I had seen him from a distance in the hotel compound where I had lodged for some days. Without hesitation, I walked up to where he was, leaning slightly against his red Toyota Camry. It was another lonely evening; so, I came down for some fresh air.

Good evening Sir, I said loudly as I approached him. ‘Evening Madam’, he replied with a grin. Do you need a ride to somewhere, he asked. No sir, I just wanted to say hello, I replied, smiling back at him. After exchanging pleasantries, Akpan and I were engrossed in an interesting conversation.

According to Akpan, he grew up in Lagos but after his secondary education, he had no money to further his education, he decided to try his hands in other things.

Akpan started out as a bus conductor on the Lagos Island route, after two years, he saved up enough money to buy his own bus. Akpan said he was realising between N25,000 to N35,000 daily but he said despite the fact that he was a bit comfortable with the amount of money he was making, he never felt fulfilled living in Lagos. 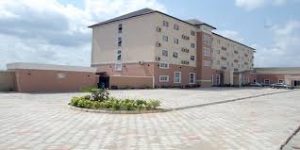 For him, the struggle to wake up so early to catch the early morning passengers, the stress getting on major roads as a result of traffic snarls, the touting and oppression by touts popularly called ‘Agberos’ were things he despised. For him, Lagos was not the ideal place for him.

So, he decided to save up more money, and after two years, he sold the bus, got two Toyota Camry cars and relocated to Calabar. He decided to put the two cars into Uber. While he drives one, the other is driven by a trusted friend of his who gives Akpan returns of N30,000 every week. Akpan is happily married with a daughter and he says he is happier and feels healthier since he moved to Calabar.

“Life in Calabar is peaceful. No traffic, no crowds, no fuel fossils stemming from worn-out trucks or trailers, endangering my life. I wake up at 7am and by 7pm I come home to my family. I enjoy driving in Calabar because the roads are good. What more would I have asked for?” Akpan said.

Many other people like Akpan have had to make a decision to leave Lagos just to enjoy a saner and environment. 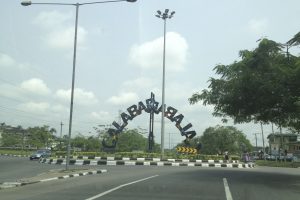 Residents of Calabar tell BusinessDay that life in Calabar may not be a bed of roses as there are still challenges with getting a ‘dream’ job but one thing that the city offers is a serene environment.

Okon whose graduate daughter now sells with her said despite all the money she spent training her daughter, she is yet to get a good paying job in Calabar.

She hinted that despite the lack of white collar jobs, the locals are content with their little businesses some of which include road side food vendors, tailors, carpenters, traders and market women.

Damilare Okunola, a frequent visitor to Calabar told BusinessDay that the people of Calabar are welcoming and are always willing to help, as this is peculiar to Nigerians. “It is rare to see the locals fight each other. They are willing to help even when you do not understand their language,” he said.

“I think there is poverty in Calabar because there are certain things I experienced with some of the locals when I visit. This was not just once; it was on, a few occasions. The ‘Skolombo’ boys are children on the street in Calabar, just like you have the Almajiri in the north. They move around and feed on leftovers from people, but people generally mind their business in Calabar and it is quite peaceful here,” Okunola said.

Speaking on security, he said that Calabar is quite secure because people can walk freely at night without fear of being attacked by anybody.

“Calabar has places that look like parks where people can sit and eat. It is not unusual to see two or three persons under the trees at night at 9pm or 10pm in Calabar. It is a way of life. If it is in Lagos and someone is coming behind you at night, you may be scared or worried that you could be attacked but in Calabar, the place is safe,” he said.

Okunola who hinted about some places he visited to include Atimbo, the cultural centre close to Atimbo, Mary Slessor and main market, observed that most people sell accessories in the market unlike Lagos where people hawk.

BusinessDay’s visit to Calabar showed that the locals sell clothes, phone accessories and push trolleys in the market and the practice of hawking is not as popular as it is in Lagos.

The Calabar people have a common local delicacy, which is plantain and fish with sauce. The taste of the sauce in Lagos seems to be different from what you have in Calabar. 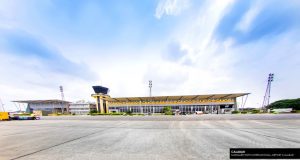 Transportation fare is quite affordable in Calabar than it is in Lagos. A distance covered in Lagos that a commuter could pay as high as N200 a fare using a commercial bus, can be covered at a cost of N50 only in Calabar.

Transporters make use of a red coloured mini bus or cab in conveying passengers from one destination to another.

The 20-minute ride from the Margaret Ekpo International Airport to Dannic Hotel, Ekorinim Industrial Estate, Off Murtala Mohammed Highway Calabar, couldn’t have been more pleasant with lovely layout of trees on both sides of the road, forming green natural canopy as the leaves of the trees overlapped.

The layout of these trees found on major roads made the city beautiful and attractive locations for relaxation.

A visitor who identified himself as Chima described Calabar as a green city.

He said: “Before I came to Calabar for the first time, I had heard that Calabar was a green state. So, my impression was that right from the airport in Calabar, I would see green pastures but I was very impressed with the trees that I saw on the roadside. I saw trees everywhere and this is somewhere you can relax. Tree planting is something the previous administration was deliberate about.

“There are places people can relax. We see people at intervals just eating, drinking and having a good time. This impressed me, unlike Lagos where you are required to pay an amount to relax in serene places.

“In Lagos, if you are not paying, someone is coming to harass you, if you are not being harassed, the shades are not good or something is wrong about the place. Calabar is like Abuja in this regard. Abuja also has so many parks where you can just relax.”

The good roads and infrastructure in Calabar seems to be missing at the Margaret Ekpo International Airport, Calabar. One would expect that the infrastructures at the airport would also be of international standard, but sadly this is far from reality. There is a problem with the Instrument landing system (ILS) at the airport.
Passengers booked to travel from Calabar to Lagos on Friday 19th to 25th of February, 2021 had all their flights cancelled as flights could neither take off nor land at the airport as a result of poor visibility and harmattan haze accentuated by the degraded state of navigational and landing facilities at Calabar airport.

Air Peace and Ibom Air had to divert passenger flights to Uyo airport during this period due to the poor navigational facilities at Calabar airport.

Aside its airport, Calabar is a city in Nigeria that is not in a hurry. It is like a beautiful belle who is so content with herself and whose beauty beckons at everyone who desires comfort, leisure and ambience of quietude.

The gift Calabar has for Nigerians and foreigners is its greenery, which makes the air crispy and healthy. You wish to retire in a beautiful, serene environment? Come to Calabar.