After 45-bittersweet-years, Odu’a bets on innovation, new strategies for its future 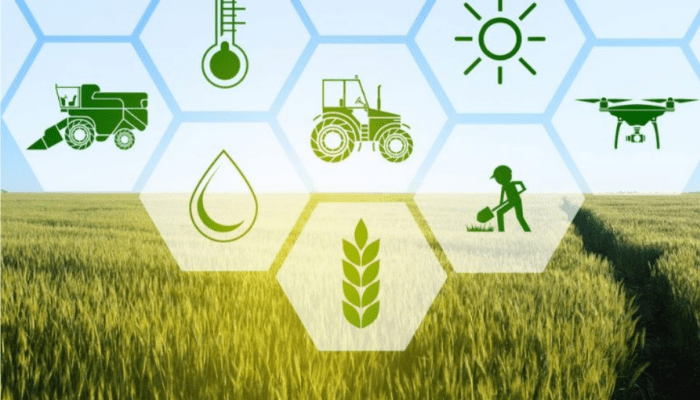 Before November, 2021, the last time Odu’a Investment celebrated its anniversary was five years earlier, when the company turned 40 years. Last year, the company, which represents the investment interest of all six states in Nigeria’s southwest and also called Odu’a group, turned 45 and it was an opportunity to reminisce on its past, while inviting partnerships for the future.

For forty-five years, the company has existed in its current form (and structure), even though its roots can be found in the Western Nigeria Development Corporation, which predates the country’s 1960 independence.

Corporate governance issues (mostly because of bureaucracies from ownership tied to government), which in the past kept the company from achieving its expected potentials, and having substantial shareholdings in invested companies sacrificed to stay afloat at different times, had been noted in BusinessDay reports as top among constraints before the company took a new strategic turn.

“Some may ask, what is special about our 45th anniversary,” Adewale Raji, group managing director/CEO of Odu’a, had remarked during an event to celebrate the anniversary. “We have carefully crafted this anniversary to not just commemorate how far we have come since we were incorporated 45 years ago, but to paint a picture of how far we hope to go.”

Raji had further explained that as the organization repositions itself to fulfil its role as both an investment vehicle and a growth engine for the South West, it was imperative to share the vision for a new Odu’a Investment. While noting the company’s vision to be “a World Class Conglomerate and driven by a collective mission and strategy to enhance this legacy for future generations,” some of the group’s new businesses were also unveiled. These included; South West Agricultural Company (SWAGCO), the agriculture investment vehicle; South West Innovation and Technology (SWIT), the innovation and technology investment business; and BITA, which would operate a marginal oil field along with some other partners.

The company as described by Segun Aina, group chairman, is a product of the visions by founding fathers of the former Western Region from the days of semi-autonomous governments in the early 1950s. Leveraging one of the predecessors of OICL — the Western Nigeria Development Company (WNDC) — Aina noted they had invested in and promoted businesses across the Region (which includes the present-day Ogun, Oyo, Ondo, Osun, Ekiti and Lagos States) with the aim of attracting development and building local industrial capacities.

Since 2012, there have been attempts at a renewed focus on Odu’a Investment by its shareholders. This includes the decision by current Governors of the six shareholder States, as representatives of the shareholders, to introduce various turnaround initiatives which the company says are beginning to achieve required outcomes.

In 2019, KPMG was engaged to conduct a governance review of the company and its subsidiaries to evaluate existing governance structures, and establish long-term structures that would guarantee stability and sustainability of the business. One of the outcomes of this was the reconstitution of the Board, which was inaugurated on 7th May 2020. Another was the choice of Directors appointed to represent shareholder states. The deliberate aim of both measures was to professionalise the Board and implement shareholders’ clear mandates to the Board to fundamentally restructure the organisation. The Board was also charged with the responsibility of repositioning the Company to deliver on its mandate to be the vehicle of choice for the economic development of the South West, and by extension, Nigeria.

Since its inauguration 18 months ago, Aina noted that the new Board, working with management and other stakeholders, has delivered on a new Corporate Governance Framework for the entire Group, including making fundamental changes to the shareholder agreement, memo and articles, expanding the Board to include, for the first time, two Independent Non-Executive Directors coupled with strengthening the executive management cadre with the recruitment of two new Group Executive Directors, all done through competitive, open and transparent processes of and through KPMG.

Odu’a Investment’s objectives, goals and plans have also been recalibrated, leading to a Five-Year Strategic Plan running from 2021 to 2025 with three broad objectives. The first is to; sweat existing large portfolio of assets thereby improving returns; second is to revive moribund assets and businesses where possible; and third, to create new businesses, especially in the emerging and fast growing sectors of the economy.

Its vision has also been redefined as; “To be a world-class conglomerate”, and a mission “To deliver sustainable returns for all stakeholders; enhancing the legacy for future generations”.

For Aina, “the next four years will be foundation years for creating an impact-driven organisation.”

With a portfolio that includes substantial agricultural land assets and real estate holdings across the South West, Odu’a Investment holds a large portfolio of property it intends to consolidate for its growth plans. The company, it was noted, plans to diversify its portfolio of assets beyond real estate and existing subsidiaries and associates.

There is, however, a strategic intent to dilute ownership in some of the investments where Odu’a currently has 100 percent ownership, while limiting shareholding in new ventures to minority holdings as may be necessary. There are also plans to seek partners that will provide capital and technical expertise to run these businesses, as disclosed during the anniversary celebration.

The group hopes, going into the future, to transform Wemabod Limited, its real estate business, into a leading real estate development company. The hotels, which include the Lagos airport hotel, are to be transformed “into world-class destinations driven by partnerships with global brands”. SWAgCo, the agriculture investment vehicle is also primed to create a pool of hundreds of thousands of farmers and agripreneurs (with the potential of being productive, registered and tax-paying citizens) across the States. SWIT will drive its strategic partnerships, investment and activities in the technology and digital space through investments in Tech Hubs, FinTechs and other ICT businesses, thus creating jobs, a new crop of techpreneurs and wealth, which is expected to support the development of a digital economy in the South West.

“We expect our efforts in all these areas to support large-scale job creation, rural development, capacity development, and overall economic growth,” said Aina. “We cannot do any of these without the right strategic partnerships; therefore we call on potential partners and strategic investors to join us on this journey.”

However, as recommended by Dotun Sulaimon, chairman, Financial Reporting Council of Nigeria, who delivered the anniversary lecture, the company, with a past where its wealth was wasted, must change the narrative going into the future.

“Let’s say all this is history for which the current board cannot be held accountable, what about the future?” he remarked.

Among suggestions by Suleiman were to consider turning OICL into a sort of Sovereign Wealth Fund for the Western Region, using examples of countries such as Norway, Kuwait, Saudi Arabia, Qatar and Abu Dhabi, but highlighting a regional body like Odu’a could achieve the same feats. He explained that through such a mechanism, the six Western States could set aside an agreed amount every budget cycle to be aggregated and professionally invested for the benefit of future generations.

Alternatively, he also recommended transitioning OICL into “a limited life Private Equity Fund or a Fund of Funds or a Permanent-Capital Investment Fund,” or an infrastructure development fund like the African Finance Corporation, which could fund the development of toll roads, bridges, railway lines and other economic assets and infrastructure in the Western Region.

As he noted, “all hope is not lost”, as much of Nigeria like the southwest region has yet to be really built. “All those things we should have done over the past decades that we did not and have not done still have to be done. And who is going to do it? Us,” he said. The opportunity to still get to work and get the much needed building done is for him, the region’s as well as the company’s hope of having a future that redeems its past challenges.